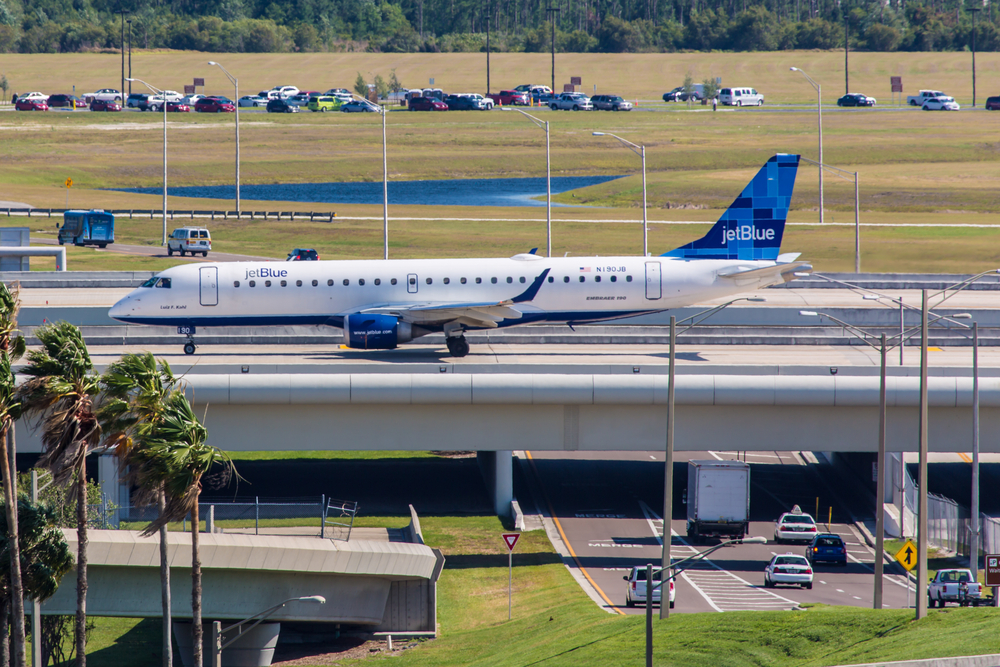 What happens when there’s a fundamental disconnect between a customer and a company? You end up with a case like Maria Mendoza’s, where everyone is right — and everyone is also wrong.

Mendoza and her family recently flew from Newark to Orlando so her husband could compete in a marathon. It was a terrific trip until the end, when they arrived at the airport for their return flight.

“We reached the check-in desk at around 6:45 a.m. and a representative informed us that Flight 28 was canceled,” she says. “We were surprised because we never received any emails or texts. He said that all he could do for us was to send us to JFK airport in NY or to Boston and then wait there from around 11 a.m. until 4 p.m. for a connecting flight to Newark. Or we could fly the next day. ”

This column is called Should I Take The Case, and it takes a completely unvetted consumer question and asks you if I ought to get involved. As a reminder, I haven’t asked JetBlue about this one yet, but I will if you tell me to do so.

Mendoza’s problem isn’t really about the delayed flights. It’s about how JetBlue treated her.

None of the solutions JetBlue offered worked. Their car was parked at Newark Airport. Also, their daughter has a chronic ear problem and couldn’t be on two flights in a day. What’s more, her husband had a 1:30 p.m. appointment in court. They had to get to Newark that day.

That didn’t go over well with the JetBlue staff, apparently.

“The representative became noticeably irritated and in a very rude, loud, and demanding tone he told my husband he needed to decide which of his excuses he wanted him to believe,” she says, “my daughter taking two flights or his court case.”

To which her husband, Edward, replied: “Both.”

That really set him off.

He walked away saying he had enough with us and he was getting a supervisor.

The supervisor also said that he had enough of us, and that we were not going anywhere because he was canceling our reservation, as he slammed his hand against the keyboard. He then walked away from us.

My children were terrified and kept asking why were the guys treating us so mean, and did not want to get on the plane. At this point, all the representatives had accomplished was to frighten my children who are only 7 and 8 years old, and the other customers around us who came up to us to ask us what was going on with those two.

Finally, another supervisor appeared. He offered to pay for Mendoza’s ground transportation from JFK to Newark. That worked, and the family was on their way.

But the Mendozas felt traumatized by the JetBlue employees. They decided to send a complaint letter to the airline, and in it they named names (I’ve redacted them in this post, since I haven’t yet asked JetBlue for its side of the story).

We take all our customer complaints seriously. We have sent your letter to our Orlando Leadership for review. They will remind our crewmembers of the importance of providing kind, helpful service to our customers, especially families with special needs. Any necessary training or disciplinary action will be addressed.

Airlines don’t guarantee their schedules, and you should realize this when planning your trip. There are many things that can and often do make it impossible for flights to arrive on time.

Some of these problems, like bad weather, air traffic delays, and mechanical repairs, are hard to predict and beyond the airlines’ control.

Although we strive for the highest level of customer service, that does not always constitute a refund, compensation, or fare adjustment. In fairness to all of our customers, we must respectfully deny your request for additional compensation due to the delay in your flight.

Nothing highlights the Great Divide between companies and their customers like this JetBlue exchange. Mendoza expected to be transported from Orlando to Newark without a hassle — a completely reasonable expectation on the face of it. JetBlue, and all of you reading this who understand anything about the airline business, will say it’s not reasonable to expect a carrier to keep its schedule.

Now, normally, an airline does a fairly good job of explaining that; you know its schedules are just a suggestion. Then along comes a work stoppage, a broken windshield wiper or, God forbid, a force majeure, and all bets are off. But sometimes it doesn’t, and when that happens, this happens.

And that pretty much describes the ongoing issues not just between airline passengers and airlines, but also between customers and corporations.

Both are right. Both are wrong.

So now what? Should I go after JetBlue for compensation or assurances that it disciplined these gate agents in Orlando? Or should I let this one slide and pretend the divide doesn’t exist?