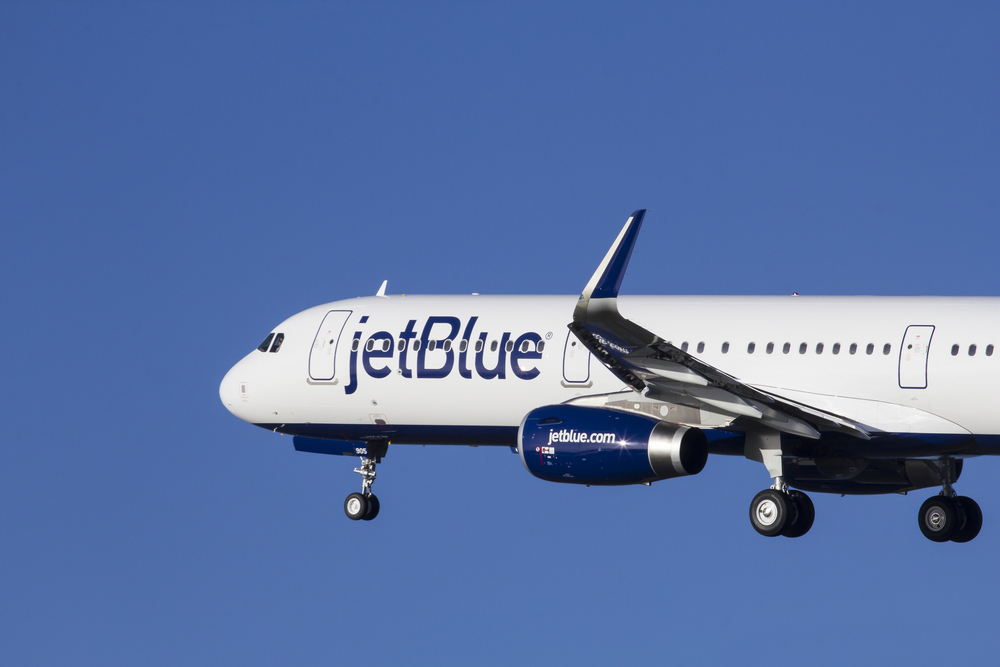 Jennifer Devereaux is no longer angry at JetBlue Airways for what happened to her 3-year-old daughter, Summer, on a flight from New York to Boston recently.

She’s not upset that while the aircraft waited on an active taxiway, and her daughter said she had to go potty, a flight attendant insisted both remain seated in accordance with federal law. “She was doing her job,” she says.

Devereaux, a photographer based in a Boston, isn’t mad that Summer sat in a puddle of her own urine as the plane waited to take off. She knows that accidents can happen.

But she’s still steamed at JetBlue for what happened next. After a brief argument with the attendant, her plane returned to the gate, and a crewmember threatened to remove her from the aircraft, claiming she was a threat to security.

“I’m one of the most compliant people you know,” she says. “I’m not a security threat.”

An off-duty pilot who witnessed the episode intervened before the family could be expelled. But Devereaux, a loyal JetBlue customer for the last decade, remains shaken and hurt.

“This is not the JetBlue I know,” she says.

It is not the JetBlue I know, either.

I’ve followed the rise of this airline, which promises to bring “humanity” back to air travel, with admiration since it launched service in 2000.

Its pro-customer attitude, egalitarian and generous seating and sensible, fee-free airfares, made the New York-based carrier a passenger favorite and a media darling — the almost perfect antidote to the corporate, customer-hostile legacy carriers. Indeed, J.D. Power and Associates has ranked it highest in customer satisfaction among low-cost carriers in North America nine years in a row.

But now, I find myself asking the question raised by Devereaux’s incident: Has JetBlue lost its heart?

This isn’t the same airline it used to be. As JetBlue grew, it began to act like other carriers, adding fees for items that used to be included in your fare, like headsets ($3) and pillows and blankets ($5 to $6).

The seats aren’t all the same either, with “Even More Space Seats” for passengers who have more to spend. The airline recently added a business-class section called “Mint” with fully flat seats on some routes. Some viewed that as a betrayal of JetBlue’s egalitarian values.

Then there were the service dust-ups. At first, JetBlue confronted each one openly, including the 2007 ice storm that disrupted travel for 130,000 passengers and led to a management shakeup, and flight attendant Steven Slater’s implosion (remember the guy who grabbed a beer and deployed an emergency chute?).

But lately, the airline seems to be avoiding the media spotlight.

Instead of an interview, JetBlue sent me a prepared statement about Devereaux. “The crew made a safety and FAA regulation-based decision,” it said. “Our team reached out directly to the customer to offer an apology as well as a donation of $5,000 to the charity of her choice.”

Too bad that wasn’t the only such case. Mohammad Bagabas contacted me about a recent flight from Fort Lauderdale to Cancun, Mexico, on JetBlue. During a pre-flight safety briefing, he says a flight attendant tried to silence his 3-year-old daughter, Aliyah.

“She ordered me to apologize to her for talking over her while she was doing the safety demonstration,” says Bagabas, who works in the apparel business in Jeddah, Saudi Arabia. He refused, noting Aliyah was too young to know any better.

An argument ensued. The plane turned around, and the family was escorted off. As he was being shown the door, Bagabas pleaded with the captain to let him stay. “The captain said, ‘You had your chance to apologize. Now you are leaving the plane because you’re not complying.'”

JetBlue would not comment on the case, but in an e-mail to Bagabas, it defended its actions, intended to avoid risking “an escalation while in the air,” it said.

Misbehaving flight attendants or passengers can happen at any airline, of course. But two incidents that crossed my desk within a few hours? Come on.

I asked a dozen top experts on corporate culture if JetBlue’s company DNA remained intact today. A slim majority believed it was still a class act, just bigger and a little more corporate.

So how do you explain these recent incidents? Randy Pennington, author Results Rule! Build a Culture that Blows the Competition Away, says it comes down to numbers. With 13,000 full- and part-time workers, and assuming that 5% are not completely aligned with the company’s values, “that’s 650 opportunities for something to go wrong.”

Some observers say that in small but important ways, JetBlue is a different airline. Bob Faw, an expert on corporate DNA with consulting firm Matchbox Group, says even though he thinks JetBlue has “slipped” from its original values, “it can still regain (them) through diligent effort and thoughtful changes.”

How? “Maybe a little common sense,” suggests Devereaux, like giving a mom who is mopping up her daughter’s pee with her sweater a little room instead of treating her like a criminal.

It could be even simpler than that. Perhaps it’s just a matter of bringing humanity back to air travel.

Valuing values in a company

How to tell if your airline has the right corporate values:

What do you think? Your personal experience may be one of the most reliable DNA tests. “Every time we fly, our experience gives us data about the travel company’s corporate DNA,” says Arup Varma, a professor at Loyola University’s Quinlan School of Business.

What do they do? They say company culture is what people do when they believe no one is watching. “Corporate DNA comes through in the actions where the rubber meets the road,” says Kevin McCarty, president of West Monroe Partners, a management and technology consulting firm.

What about their managers? “Ultimately, leaders need to revisit their mission, vision and values regularly,” says Frank Niles, managing partner of Scholar Executive Group, a boutique executive consulting firm. “Live them, and reward employees who live up to the values.”