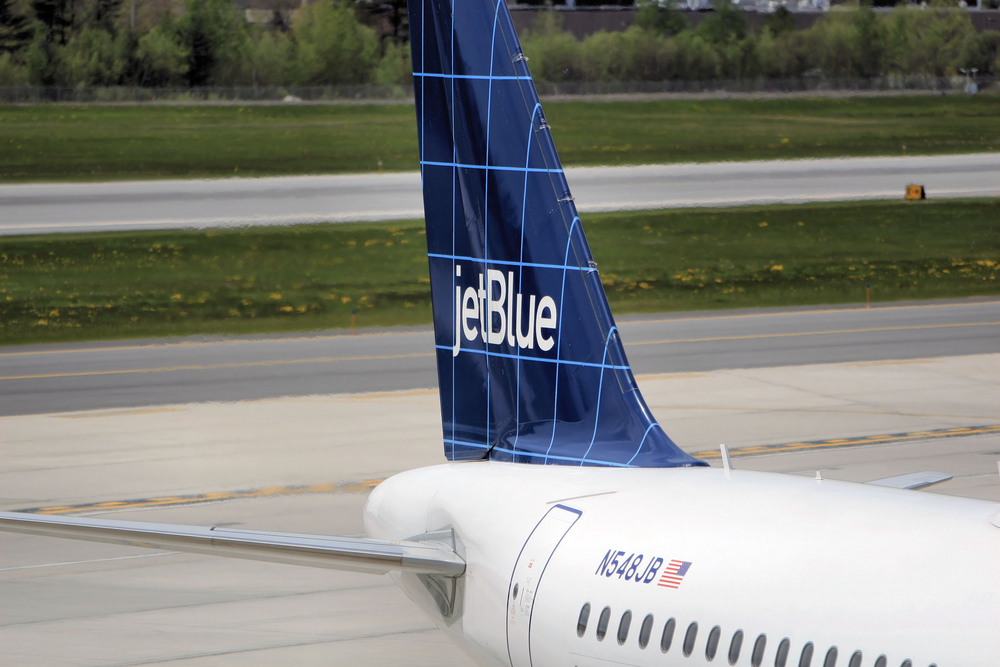 Kelly’s flight from Boston to Anchorage misconnected in the worst way possible. A mechanical delay caused the first flight to miss its scheduled arrival time by a few minutes. But then her connecting flight left early.

A JetBlue representative suggested the airline might compensate her for the difference between her missed Alaska leg and the walk-up fare she had to pay to get to the ship on time, but you can probably already guess what happened when she tried to collect on that.

Yes, my friends, always get a promise like that in writing.

I’m sending this case to my “dismissed” file, for reasons that will become clear to you in a minute. (And if they aren’t, then you’ll want to vote in the poll — if I’m wrong about this, I’ll be happy to take up her case.)

A few details: Kelly, her husband and another couple were scheduled to leave from Whittier, Alaska, on May 31. They booked a JetBlue flight for the 30th, thinking it would give them enough time.

“Apparently that wasn’t enough,” she says.

Their itinerary was a little circuitous: Boston-New York-Long Beach-Anchorage, all on JetBlue. She’s either a fan, or someone who just wanted a deal. After all, the end-on-end fare combination through Long Beach is cheaper than the Boston-Anchorage through fare.

But flight one, from Boston to New York, experienced a maintenance-related delay, which really threw a wrench in her itinerary.

“Because of the delay, we were worried we may miss our connection to Long Beach, and when we landed we ran to the gate, only to find the flight had left early,” she says. “The flight was scheduled for 1:40 p.m., and we and a few others arrived at the gate at 1:38, only to find that not only had they closed the doors, the plane was already gone.”

Kelly asked a gate agent why the flight was gone. The agent “snapped at us” and ordered the couple to return to the customer service desk.

We went to the JetBlue desk at JFK to try and get on another flight. The only itinerary they could book us on would get us to Anchorage late Saturday night, after our cruise ship left.

We started looking for other flights that could get us to Anchorage in time, and found that there was no option with JetBlue.

We ended up booking with Delta, which cost us $5,324 for the four of us. This was $4,135 more than the original JetBlue itinerary. A supervisor at the desk mentioned that they could potentially refund us the difference between the two flights, so that’s what we figured we’d do.

But she figured wrong. When she contacted JetBlue requesting a refund, here’s what it said:

While we do not reimburse for expenses paid outside of being accommodated on the next available JetBlue flight whenever it may be, or we refund the flight cost instead as per our Contract of Carriage, if your flight qualified for credit compensation and meets the criteria for the Bill of Rights, you should have already received an email from JetBlue. If you did not receive an email, you may click on the link below to see if your flight qualified:

Although you were each issued a JetBlue credit equal to the fare paid on us, minus taxes and fees previously, we have issued each of you on your reservation an additional $50 service credit which has been applied to your individual Travel Bank accounts. We feel that this compensation is generous and protects the integrity of our guidelines, while ensuring consistency for all of our customers.

JetBlue credits are valid for one year from their original date of issue and must be used to book a future flight and can be used by whoever you wish.

We do hope that you will use your credit and fly with us again. We look forward to seeing you aboard a JetBlue flight sometime in the near future.

In other words, no can do on reimbursing you for your Delta flight.

So here’s why I’m saying “no” to this case. JetBlue is absolutely correct on the compensation levels offered to Kelly. Technically, it just has to refund the unused flight segment from JFK to Anchorage. The credit is a nice bonus.

Here’s where Kelly erred: When a JetBlue supervisor said, “We might be able to fix that,” she should have pulled out her iPhone and taped it.

You know, “State your name. Tell us what JetBlue agrees to do.” Short of having something in writing, that video is the only way I can think of that the airline will make good on an offer to reimburse the Kellys and their friends for $5,324.

And JetBlue? Ah, JetBlue! Why are they pushing back two minutes before their scheduled departure? I’m sure there’s some kind of airline logic behind that, but I’m starting to get a little tired of these games airlines play to rig their DOT on-time ratings. The government should note — and punish — airlines for pushing back from the gate early, in my view. But that’s another story.