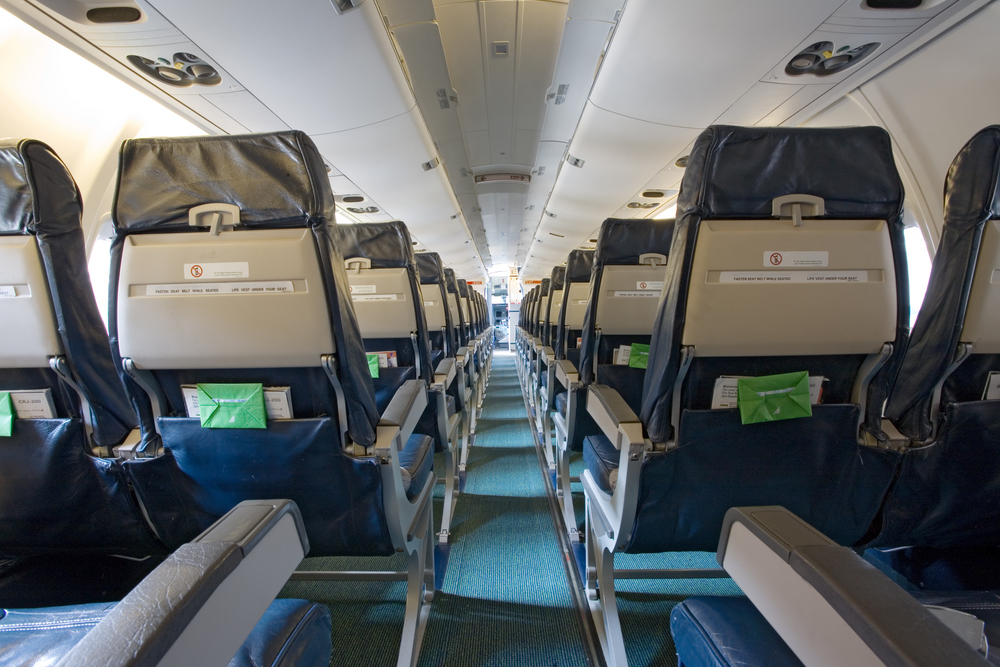 Economy class airline seats are small and getting smaller — of that there is no doubt. But if you do have doubts, consider what happened to Deana Worth on a recent American Airlines flight from Los Angeles to Miami.

Worth purchased her economy class seat, believing she’d have an adequate amount of legroom, as she has in the past. But times change. She found herself on a Boeing 777 with about 31 inches of seat “pitch” — a rough measure of leg room.

As a 77-year-old woman with back problems, she was about to discover how snug the seats have gotten. For the duration of the six-hour flight, she found herself seated behind a teenage passenger who insisted on reclining her seat all the way back, which caused Worth great discomfort.

“It was a nightmarish experience,” she says.

American eventually apologized and offered her compensation for the trouble, but Worth wants to know if it’s enough. And since this feature is called Is This Enough Compensation? I’m going to ask you to help her decide if the airline addressed her in-flight experience adequately.

To relieve her back condition, Worth uses a small folding stool to take the pressure off her spine. She also requests a window seat, which allows her to lean into the side of the plane for additional support. In the past, this arrangement has worked for her, so she had no reason to believe it wouldn’t work on her flight to Miami.

“The teenager in front of me reclined her seat all the way back as soon as the plane was in the air,” she recalls. “Her seat was banging into my knees, and my tray table was leaning so far back that my food came sliding into my lap.”

Worth asked the girl “nicely” if she could pull her seat up a little.

“Her mother said she could recline as far back as she wanted. The result was that the child proceeded to brace her arm against the cabin wall attempting to push even farther back, banging into my knees each time,” she says.

“I told her several times that she was hurting me and she continued bracing herself and banging into me. I finally pushed back.”

At that point, the girl’s father summoned the flight attendant to complain. The attendant “demanded my boarding pass and reported me to the captain, meaning that I would be arrested in Miami,” she says.

“I had already explained to the flight attendant what was happening but he had insisted that the child was entitled to recline,” she says.

That didn’t work for Worth.

I approached him again, explained in more detail what was happening and he said he’d try to do something to help me.

He moved the lady next to me to another seat so I could sit at an angle and avoid the seat in front of me. He also spoke to the captain again, so I wasn’t arrested in Miami.

He was then so pleased with himself that he actually gave me a thumbs up as I deplaned, after almost getting me arrested.

I consider what happened – allowing someone to be abused – inexcusable under any circumstances, especially an elderly woman. I feel that I should receive some sort of compensation.

These mid-air seating disputes are becoming more common, and I thought the least American could do was to address her complaint. But she hadn’t given it a chance yet, at least not in writing. So I suggested she contact the airline.

She did. Here’s its response:

We always work hard to provide pleasant and enjoyable service. On behalf of US Airways and the new American Airlines, we are sorry that your recent experience may have caused you to question our commitment to quality customer service.

I regret to learn the behavior of another passenger and her family and our crew member’s response to the situation on your flight to Miami made this flight difficult for you. All of our personnel receive continuous training which focuses on positive customer care and quality service.

Based on our conversation our inflight crew could have responded more affectively (sic) and professionally when handling the unruly teenager seated in front of you. As I mentioned in our conversation, we are unable to forbid a customer from reclining their seat if that is their preference, however, we expect passengers to exercise courtesy and common decency when they realize their actions are negatively affection (sic) another person on the flight.

The level of service you reported from our crew members is certainly not typical of our usual performance. I have now sent a copy of your letter and the notes from our conversation to the relevant Inflight management personnel, to be used as a focus of discussion with the employees scheduled to work flight AA124.

Thank you for bringing this to our attention. As we discussed I have made arrangements for 5000 goodwill miles be added to you (sic) AAdvantage account for this disappointing experience.

Ms. Rosoff, I appreciate you (sic) speaking with me today. Our intention is to provide the best travel experience possible. Given your experience, we failed to meet this goal. I sincerely hope we have an opportunity to restore your confidence in our service.

So, 5,000 miles and an apology. Is that enough compensation? I don’t think she’s happy with it, and I’m not happy with this resolution on at least one level. American’s flight attendants don’t seem to understand that the space between seats is shared and that they can’t simply tell a passenger she’s outta luck when another passenger is banging her seat into another person’s knees.

Given the dearth of room in the economy class cabin, isn’t it time to update those training manuals?

I have a feeling we’ll be dealing with many more “space invader” cases in coming months and years. Brace yourselves.