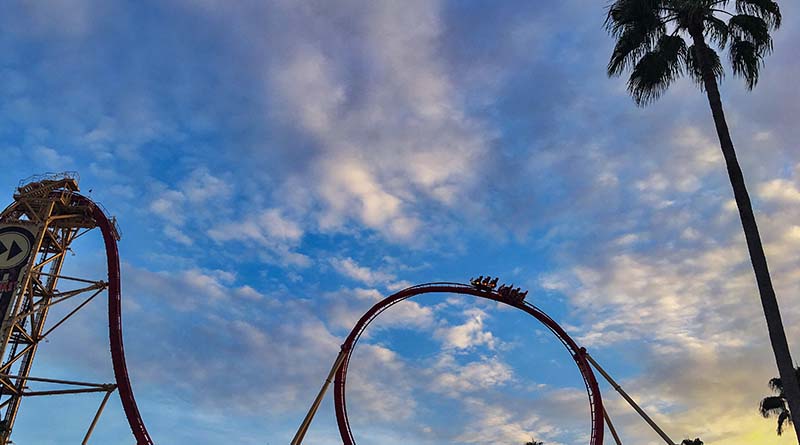 Kathleen Keenan thought she had unlimited access to Universal Orlando theme parks in Florida. After all, she’d paid extra for it.

Keenan’s case is a cautionary tale about corporate word-twisting. Seemingly simple definitions like “free,” “lifetime,” and yes, “unlimited,” don’t always match your definition. And it’s a reminder — as if we needed another one — to review the terms and conditions of your purchase carefully. Otherwise, you could be locked out of your favorite theme park.

Keenan took three vacation days to visit Universal Orlando March 27, which is one of the park’s busier times. She bought a package that she says included “unlimited access” to Universal’s three theme parks, a package that promises you’ll skip the regular lines at most of your favorite rides and attractions. The three-day option starts at $454 per ticket.

“The first two days were great,” she says. “We visited two parks, but on the third day we were denied access to the third. They were at full capacity.”

Keenan said the park wasn’t full. A private party had an event at the park that day, which is something Universal should have warned her about.

But wait! What about the unlimited access passes that gave her entry to every park?

“They wouldn’t honor the tickets,” she says. “They gave me a phone number to call for complaints.”

The number proved to be useless — a series of automated options that led her nowhere. So she decided to take the matter up with someone in person.

An argument about Universal’s unlimited access and a frustrating fix

“After two-and-a-half hours of argument with three different customer service people, they took our passes from us and they refused to give them back,” she says.

Keenan asked for a refund.

“They immediately refunded $50 plus tax on each ticket,” she says. “They said they would permit us entrance and give an express pass with a future complimentary water park admission if I wanted to continue as their guest.”

She adds, “we felt threatened that the three of us would be removed from the park.”

Keenan had a partial refund and a voucher she probably will never use, but couldn’t get into her desired park. She could still visit the other two parks, but if she argued any further, they’d probably escort her off the premises. Not an ideal ending to her Orlando vacation.

I’ve had my differences with Universal in the past, but this case is pretty open-and-shut. The passes she purchased didn’t offer unlimited access to the parks, but the ability to bypass the regular lines an unlimited number of times. The wording is confusing, especially if you’re not a details person.

In other words, Universal left Keenan with the impression she’d get access to all of her parks. But Universal closes its parks when there are too many guests.

Still, I’m troubled that Universal is throwing around words like “unlimited” that might leave guests with the wrong idea. Companies do this all the time, using words like “free” to entice us to buy something. (Remember, if you have to buy something first, it’s not “free.”)

Universal is hardly alone, but something tells me the next time Keenan visits Orlando, she’ll be going to Disney.