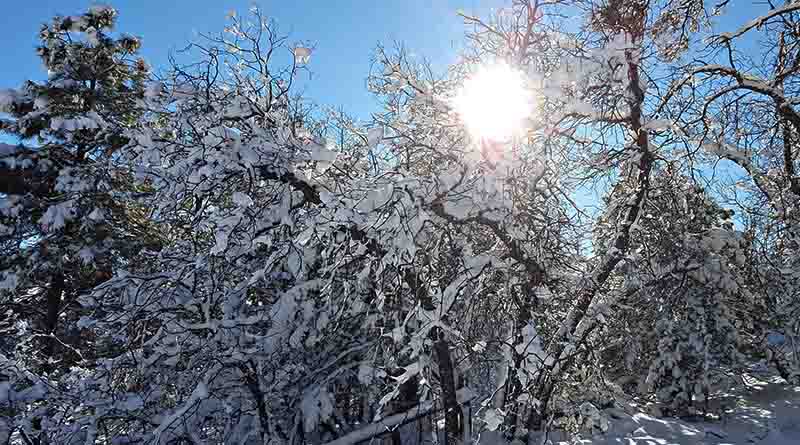 When spring storms delayed Ernest Messersmith’s flight from Hawaii to Boston, American Airlines offered vouchers and hotel rooms for his inconvenience. Vouchers that, on reflection, it probably didn’t have to offer.

Yet every time he hears from American, Messersmith’s anger boils over. Is this just a misunderstanding between a passenger and an airline, or does the world’s largest airline owe him more?

Messersmith’s case raises some important questions about liability. It’s also an important reminder that you should read the rules and regulations before making demands. Because there’s a chance a company has already gone above and beyond what it needed to.

“I would like to vociferously complain about the treatment that my family and I received on a scheduled flight last week from Kahului, Maui, to Boston,” he said.

The Messersmith family — his wife, 15-month-old daughter and 3 ½-year-old-son — were en route to Boston. The circumstances of their trip were tragic. His father had passed away, and they were flying to Massachusetts to help his family.

They made it to their stopover in Los Angeles on a Thursday without incident. But American canceled their connecting flight to Boston, sending them to a two-hour line to deal with “customer service.”

“At the customer service desk, the agent refused to give me any other details regarding the cancellation,” he says. “Besides bad weather on the East Coast, she said all airports were shut down. She simply told me, without showing the slightest bit of empathy, that we had been rebooked on a flight to Boston on Saturday.”

From there, things got worse. American agreed to cover their hotel room, but when they arrived to check in, a hotel employee said they’d run out of rooms.

“What had happened was due to sheer incompetence on the part of the American customer service agents,” he says. “Someone had allocated only 50 rooms at the Hilton but then proceeded to print more than 60 hotel vouchers and send all the passengers to the hotel to take their chances. Unfortunately, my wife, children, and I missed the cut-off.”

His family returned to the airport and found an American representative, who offered him a one-night voucher at another nearby hotel.

“She listened to my story and complaints and then matter-of-factly told me that we didn’t even deserve hotel vouchers, were lucky to have a hotel — even though we didn’t! — and that American had no duty to provide us a hotel – that it was merely out of the good heart of her supervisor that these vouchers were executed in the first place,” he remembers. “The gall!”

Three days later, the family made it to Boston. But Messersmith is still fuming.

What do the rules say?

Unfortunately, the uncompassionate supervisor is correct. Not right, but correct.

According to American’s Conditions of Carriage, it isn’t liable for any compensation during a weather delay, which it considers a force majeure event.

“Force majeure” is airline-speak for “you’re on your own, sucker.”

American had gone above and beyond what’s required, which is kind of an industry standard. When there’s a stopover and a flight disruption, a major carrier will typically cover hotel and meal expenses. It doesn’t have to, but it’s the right thing to do.

That attitude is going to cost you

Messersmith ended his email to American with the following threat:

“I would like cash compensation,” he wrote. If he didn’t get it, he said, “I will cancel my AAdvantage membership and never fly American again.”

I’ve warned about this kind of attitude time and again. Threats get you absolutely nowhere.

With each interaction, in fact, Messersmith grew angrier. And I understand his rage. Flying from Maui to Boston is enough to set me off. Add to that the death of a loved one, an unexpected stopover, intransigent or incompetent airline employees, and young kids, and you have the next poster boy for air rage. I get it.

An American Airlines goodwill gesture: Is it good enough?

American offered the family $2,000 in flight vouchers. When our advocate, Michelle Couch-Friedman, suggested that he consider accepting the vouchers — remember, American does not owe the family anything, legally speaking — he turned his anger on us.

Messersmith argued that, even though American owed him nothing, its negligence in handling his family was deserving of compensation “on my terms.”

My advocacy team didn’t think that argument would persuade American to sweeten its offer.

“Are you claiming that because a practice is not uncommon it renders an otherwise illegal action legal?” he retorted. “If there are a limited number of voucher room allocations at a given hotel, the exact number of available rooms is known quantity and should be agreed upon between the airline agent and the hotel manager. It’s that simple. Then the agent generates the exact same number of vouchers as the known and agreed upon room allocations.”

Messersmith suggested that we weren’t taking up his case because we were affiliated with American Airlines. I can assure him — and I know American will back me up on this one — we are not.

But it’s an interesting discussion. If a company’s goodwill gesture goes south, as it did with Messersmith, is it liable? Should we have argued more forcefully for cash compensation on his terms? Or did American offer him enough compensation?