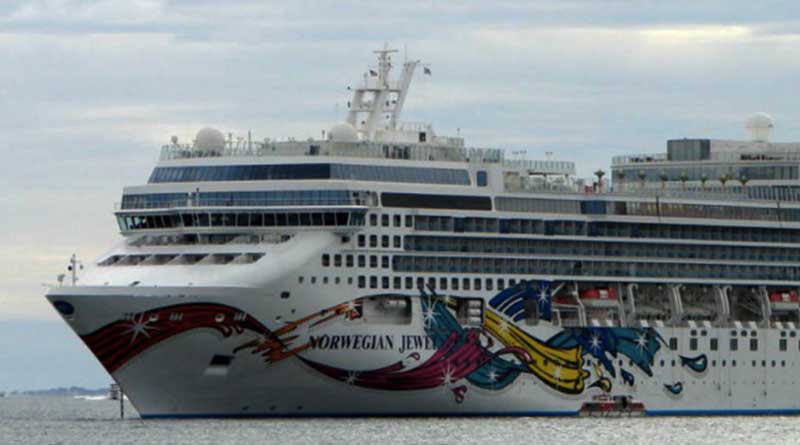 A cruise can be a terrific culinary experience, from fine dining restaurants to the midnight buffet. But customers don’t expect to be on the menu.

That’s exactly what Robbin and Paul Coaxum say happened to them when they sailed from Los Angeles to Mexico on the Norwegian Cruise Line (NCL) Jewel this spring. They say they were eaten — by bedbugs.

Finding bedbugs on a cruise

“A few days into the trip I noticed I had a few bites,” says Robbin Coaxum. “Paul notified the housekeeper, the front desk, and an officer on the ship. Later that day, we returned to the room to find several NCL staff going through the cabin.”

At first, the cruise line said it would only have to change the bedding. But later, they admitted they’d found a “bedbug infestation” and told them they would have to change rooms.

Things just got worse, she says.

We were moved to stateroom 11562, which had a horrible creaking sound. I put on earplugs, and Paul stayed up most of the night.
The next couple of days were spent with different engineers coming through cabin 11562 to resolve the noise issue.
On Friday, we were offered another stateroom, but the damage had been done — our vacation was ruined, and we just wanted off the ship.

Bedbug bites verified by a doctor

When the Coaxums returned to Los Angeles, they consulted a doctor, who verified that the bites were, indeed, bites.

“I had numerous bites over 75 percent of my body,” Robbin Coaxum says. “My doctor stated that my bedbug bites were the worst case she has seen. My husband also went to the doctor and was diagnosed with bedbug bites.”

The couple missed work while they recovered from the ordeal. But that wasn’t the worst part.

“I was left with permanent scars — dark spots — over most of my body,” she says.

While on the cruise the Coaxums were given a $300 credit, and NCL has offered $500 toward a future cruise, and $200 for onboard credit within 1 year.

A cruise refund for this unpleasant experience with bedbugs?

They asked for more. Between the medical bills, the lost vacation time and the emotional scars, the Coaxums felt the least NCL could do for sticking them in a bedbug-infested cabin was to refund their cruise. Here’s how the cruise line responded:

It has been brought to our attention that our efforts have not satisfactorily resolved your concerns. As requested, your file was reviewed once again for a comprehensive evaluation.

After a thorough review of your file, it was determined that your concerns were appropriately addressed and the offer extended to you is in line with our compensation guidelines. While we are sorry to learn of your continued disappointment with our previous responses, our position in this matter remains firm.

NCL agreed to turn the onboard credit into a cruise credit, if they wanted. But otherwise, the offer remained the same. Take it or leave it.

“I feel that NCL knew before we got on their ship there was a bedbug problem in stateroom 11112,” Robbin Coaxum says. “Given the extent of my injuries I feel we should be reimbursed the $2,714 we paid for the cruise. Is this unreasonable?”

It is not. We decided to contact the cruise line on the Coaxums’ behalf. The response? Another “no.”

A warning about bedbugs on the Jewel

There’s not much more we can do, except to issue a warning about stateroom 11112 on the Jewel. Bedbugs can happen anywhere. Even when a cruise line or hotel admits that one of its cabins or rooms is infested, the damages are entirely up to the company. The Coaxums could hire a maritime lawyer to go after NCL, but it’s probably not worth their time.

What an unfortunate ending to this story. But I know there are some of you out there who love cruising and will probably say NCL’s offer was generous and appropriate. I guess this is your chance to tell the Coaxums how nice NCL was to offer a cruise credit. You’ll forgive me for not being so enthusiastic about the settlement offer.