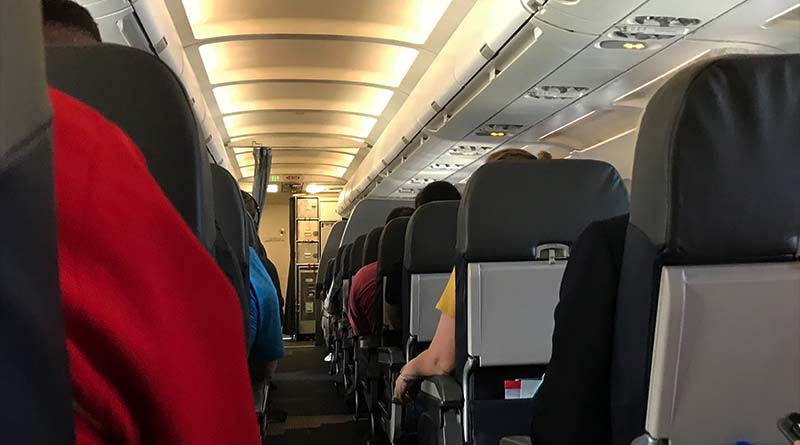 Patricia Wollensak books business-class tickets on American Airlines from Chicago to Rome, redeeming 135,000 AAdvantage miles for the tickets. But right before her flight, American downgrades her to economy class. Is an $800 voucher enough compensation?

I booked an American Airlines flight with miles from Chicago to Rome recently. Four days before my flight, the airline bumped me from business class to economy class. American Airlines offered me an $800 voucher for future travel.

I asked American Airlines to reinstate the 100,000 miles I spent on the tickets. American said the voucher was enough compensation.

I gave miles to fly business class. And I did not. I want my miles back. Can you help me? — Patricia Wollensak, Elmhurst, Ill.

Sorry, but something about your question doesn’t add up. American already offered you an $800 voucher. If you’re asking for another 100,000 miles in addition to the voucher, that’s a little much.

The problem, as I see it, is that you flew from Chicago to Rome — albeit in economy class. That’s a significant downgrade, and I’m tempted to draw all kinds of medieval analogies to drive my point home. But I’ll resist out of respect for the readers who think that these Lilliputian seats are the perfect expression of a free market.

How to fix an involuntary downgrade

Let’s get this out of the way, first:

How to fix your consumer problem.

There, that felt better.

Involuntary downgrades are fixable, but it’s an inexact science. Airlines have their way of calculating the difference between first, business and economy, which favors them. Passengers have another. I tend to side with the passengers.

It turns out your experience was far from a simple involuntary downgrade. Seems that on your stopover in Philadelphia, American was trying to unload even more passengers from the Rome flight. One passenger gave up a confirmed seat for a $4,500 voucher, a hotel, and a ticket on the next flight, you reported.

That doesn’t have anything to do with your situation, except maybe to confirm that American oversold your flight in a big way. Then it threw vouchers at passengers like you — vouchers that expire in a year.

I have good news and bad news.

The bad news? We don’t mediate mileage disputes. There are plenty of other sites that handle mileage issues, though none of them does it well.

The good news? We can still offer advice.

Our advocates recommended that you send a brief, polite email to American’s vice president in charge of its loyalty program. You did, and American returned 60,602 miles — a resolution with which you’re happy.

And if you’re happy, I’m happy.