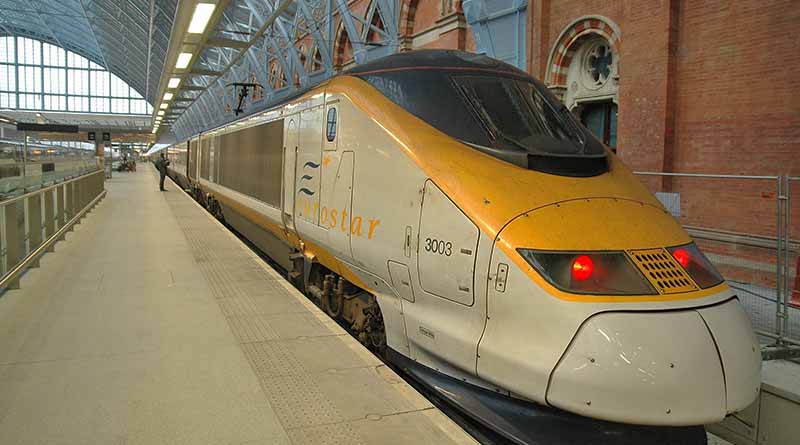 When Eurostar cancels Suzanne Kraft’s train from London to Paris, a company representative says her only option is to buy a new ticket. Turns out that’s wrong, and now the bills are piling up. Is she entitled to a refund — or any kind of compensation?

I recently booked four first-class train tickets for travel from London to Paris for my daughter, two grandchildren and myself for $684. As we were standing in line to board, Eurostar canceled the train with no explanation. Then Eurostar closed the train station office. Chaos ensued.

A Eurostar agent standing in front of the office told me for future travel I needed to book new tickets online. So I did. I paid $1,119 for the new tickets. A representative also promised that we would be reimbursed for our hotel room and food. I have receipts for the room and breakfast.

I can’t get Eurostar to refund the $1,119, and at this point, I don’t really care about the room or breakfast. But it would be nice. In addition to our additional night in London, I was also paying for two unused and nonrefundable rooms in Paris!

No one from Eurostar will answer my emails let alone refund my money. I would like to have the new train tickets ($1,119), our London hotel room ($196) and our breakfast ($97) refunded to my American Express account. In a perfect world, I would also like my two non-refundable rooms in Paris refunded ($556) and an unproductive phone call to Eurostar from the states to London ($100) Can you help? — Suzanne Kraft, Gulf Stream, Fla.

How frustrating. Eurostar may have had a valid reason for canceling your train to Paris, but it didn’t bother sharing that with you and just left you stranded in London. It shouldn’t have. A representative also told you that you had to buy a new ticket, but you shouldn’t have had to do that.

How do I know? Because Eurostar’s obligations to you are outlined in its conditions of carriage, the legal agreement between you and the operator.

Before I get to the details, let me add a personal note about Eurostar. That journey from London to Paris through the Chunnel is amazing and should be on everyone’s bucket list. I had the privilege of taking the high-speed train when it first opened, and I was amazed and impressed. So, I applaud you on your choice. There’s no better way to get from London to Paris, in my opinion.

Eurostar canceled your train — now what?

Here’s what the company owed you, according to its conditions of carriage:

Eurostar should have issued a new ticket to allow you to complete your journey under your transport contract with Eurostar at a later date up to a year after the original delay or cancellation (see section 32.4).

There’s no provision for refunding a hotel or breakfast, although section 32.5 notes that delay compensation “may include the provision of refreshments and meals where available.”

Pulling up the contract is easy. If you ever find yourself in a similar situation (and I hope you never do), you can fire up your smartphone and find the entire contract on the Eurostar site. In hindsight, doing that would have saved you a lot of trouble.

You might have also appealed this to one of our Eurostar executive contacts. I list names, numbers and email addresses on my consumer advocacy site.

My review of your paper trail between you and Eurostar suggests you were having some trouble accessing the right form and uploading documents. That’s not your problem, but maybe it’s something Eurostar should look into, in case there are other unhappy customers like you out there.

I contacted Eurostar on your behalf. A representative contacted you and agreed that you were, indeed, entitled to a full refund of your canceled tickets. Eurostar also refunded your new tickets and took care of your expenses, as promised.