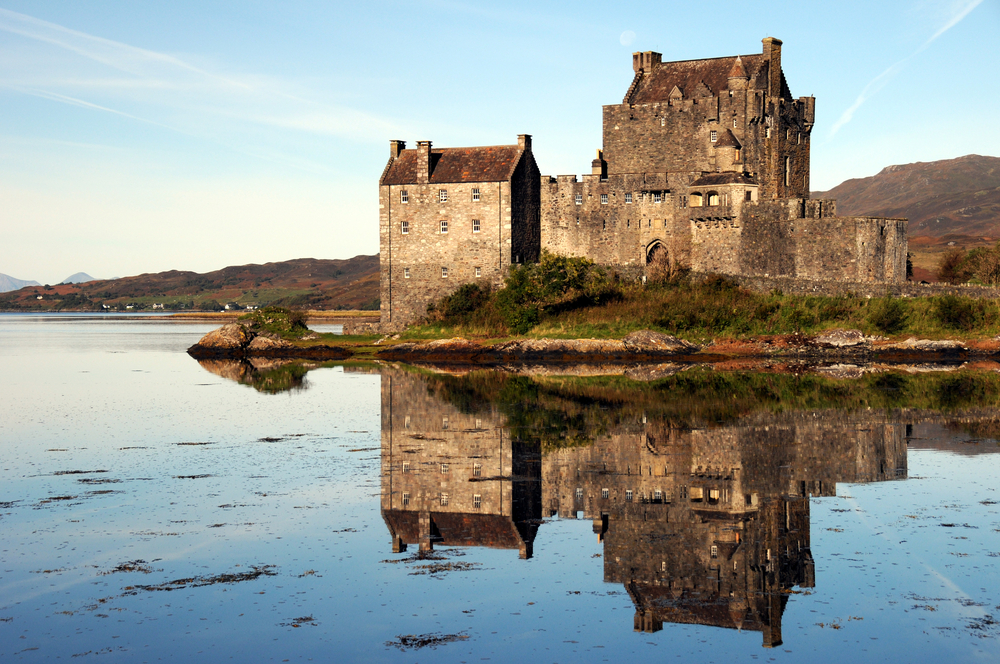 When the Glenmoriston Town House, in Inverness, Scotland, gave Andrea McEwen the keys to the wrong hotel room, her first thought wasn’t a full refund.

That came later — much later.

“The hotel was overbooked because of a wedding and we were given a room with a child’s twin bed,” she says. “The bed was less than a standard bed accommodation, having only a mattress over 2 X 4’s across a wrought iron frame. Clearly not the luxury accommodations outlined on the property website nor representative of the pictures, either.”

Here’s how the property describes her room type:

Rising above our Comfort bedrooms are our Club rooms, with a generously-sized bedroom space and a compact seating area for private dining or work. The view from our Club rooms is a little sweeter than the one in our Comfort rooms.

The hotel’s management, she adds, seemed indifferent to her downgrade.

Over the next three days, she repeatedly asked the hotel to fix her room assignment. Finally, she asked the property to reduce her $908 bill by $400 after she checked out. The hotel didn’t answer her request.

Now she wants me to get involved in the case. I’m considering it.

McEwen didn’t take the Glenmoriston’s rejection lying down, even after leaving.

“When our initial communications to the hotel went unanswered, and we read similar reviews from others, we felt this was a deliberate attempt to defraud customers,” she says.

Did someone say “similar reviews”? Cue our good friends at TripAdvisor with a handful of unvetted reviews.

McEwen initiated a credit card dispute with her credit card, British Airways Chase Visa. Initially, her card agreed to fully refund the stay. But they always say that at the beginning. After the dispute process concluded, Chase sided with the hotel. After all, McEwen had stayed in the hotel.

“Chase provided no assistance despite my escalation with supervisors to the executive office,” she says. “The responses are evasive and elude to the fact that since we stayed at the hotel a refund is not provided. I’ve mentioned the Fair Credit Act, Breach of Contract and UDAP to Chase and Chase will not provide a response. It is almost as if the credit card company exonerates themselves regarding merchants abroad.”

How true. I’ve seen that time and again, particularly on international transactions. A card that promises to “protect” you when you’re on the road scurries for the exits at the first sign of trouble.

But here’s the problem: McEwen stayed at the Glenmoriston Town House, no question about it. She accepted the closet-size room and when she checked out, she settled her bill. For some credit card dispute departments, that’s an open-and-shut case.

But wait! Doesn’t the Fair Credit Billing Act (FCBA) protect you against charges for goods and services you didn’t accept or that weren’t delivered as agreed? Yep, it does.

Shouldn’t it apply to McEwen’s case? Possibly, although there are some jurisdictional issues — the hotel isn’t in the United States and beyond the 100 miles of her billing address, as required by the FCBA. No, this is one of those times when a credit card should side with you not because it’s required to, but because it’s the right thing.

And that’s not happening.

Here’s what I’m not getting. British Airways Chase Visa cost her $95 a year and allowed her to rack up lots of worthless “miles.” It intentionally made the card more attractive to international travelers by abstaining from charging a foreign transaction fee on currency exchanges (how generous!). But then, when someone like McEwen has a problem with a purchase made in the U.K., it slowly backs away.

So what’s next? Should I pursue Chase to the ends of the earth for a partial refund? Or should I tell McEwen hers is a lost cause and that she needs to find a new credit card?