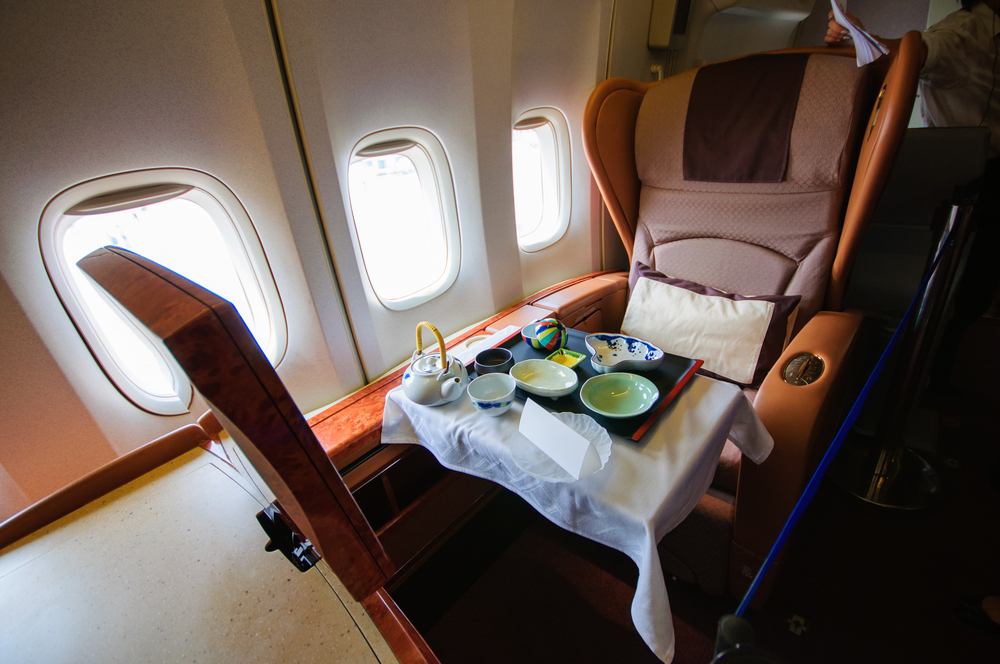 Judith Patrizzi did it. So did Linda Petzler.

They said “yes” when their airline asked whether they were interested in paying extra for a premium seat just before boarding — a kind of offer that’s becoming increasingly common in the travel industry.

But their upgrade tales have different outcomes, and they serve as a guide to those of us who might be tempted by a pitch to move up to first class, upgrade into a suite or rent a snazzier car at the last minute. These upgrades are sometimes worth it, but not always.

Petzler, flying from London to Dallas on American Airlines recently, was met with an offer to upgrade to business class for $500. As a former gold-level frequent flier, she’d been trying to secure an upgrade weeks before her departure, to no avail. The verdict? Well worth it, she says.

Although the food wasn’t much of an improvement, the extra room and the ability to use American’s Admiral lounge in Heathrow made up for it. “It was a great deal,” says Petzler, a retired computer systems architect from Plano, Tex.

Patrizzi, who was going from Rome to Boston on Alitalia, said she was offered a “business class” seat for 189 euro, which seemed almost too good to be true. And wouldn’t you know it? It was. She and her husband, Eugene, were assigned bulkhead seats in the premium economy-class section.

“The seats did not seem any roomier to us than the seats we have used in economy class on other airlines,” says Patrizzi, a retired manager for a community college who lives in Vernon, Conn. “The food was terrible. It was definitely not worth it.”

Offers like these are happening with greater frequency, and not just with airlines. Car rental companies, cruise lines and hotels are also presenting last-minute upgrade opportunities to select customers. In some industries, such as auto rentals, the offer at check-in is practically a given. But in others, it’s still fairly new. When done correctly, these upgrades can add anywhere from a quarter to a half percent of incremental revenue to a business’s profit margin. The domestic airline industry had a 7.8 percent profit margin last year.

“That can translate into a very large increase in profits,” says Warren Lieberman, a travel industry pricing expert and president at Veritec Solutions.

Alitalia says it represented its premium seats correctly when it sold Patrizzi her upgrade, noting that their seats were in the premium economy cabin, known as Classica Plus. Their price “corresponds to premium economy,” said airline spokeswoman Elizabeth Santella.

Alitalia offered Patrizzi a $50 voucher “in consideration of your disappointment.”

In order to determine whether you should take advantage of the next upgrade opportunity, it helps to understand what’s happening behind the scenes. Travel companies are trying to do two things: First, they want to make these upgrade opportunities as unpredictable as possible. If customers can anticipate them, then they might try to game the system, which would lead to what the bean counters would call “revenue dilution.” That’s “losing money” in English. Second, perhaps more significantly, they want to target the right travelers.

“The basic technology to offer the upgrades has existed for at least 10 years,” Lieberman says. “But we now know much more about you than we did before, so the offers are much more targeted.”

Petzler is a good example. Offering her a taste of the good life on her transatlantic flight, at a fraction of the cost of a full-fare ticket, might persuade her to again go for the gold (as in her former level of frequent-flier status), where upgrades are sometimes available. The airline gets a little extra money from it too, though not as much as if she’d bought a business-class ticket.

The hard part about last-minute upgrades, at least from a customer’s perspective, is that you feel as though you have to make a fast decision, sometimes with little or no knowledge about the product. Is it really better? Patrizzi didn’t think her seat was much of an improvement, and she was unimpressed by $50 in funny money from Alitalia. Ditto for car rental upgrades, which are the most common last-minute offers made. Is that sedan really worth an extra $20 a day? Or will it just consume more fuel and take up more space in the hotel parking lot?

Patricia VanHooser, a general manager for a pest control firm in Kansas City, says she imposes a spending limit on her upgrades. “If I can get an upgrade for less than $50 on a flight that is more than 2½ hours, I’ll take it,” she says. Once, she took a $35 offer to upgrade to first class on a red-eye from San Diego to Atlanta.

“When I landed, I got a shower and went to work feeling great,” she says. “So sleep was the main consideration on that flight.”

Other travelers are willing to spend more, especially for longer flights. Gina Dyson, a student affairs director in Baltimore, recently paid $900 for an economy-class seat to fly from Philadelphia to Athens on US Airways, an 11½-hour haul. When the airline said she could jump to business class for $500, she didn’t hesitate.

“The seats were not overly big, but it did allow me to almost lie flat,” she says. “I thought $500 was a good deal for the length of the flight.”

These 11th-hour offers almost always sound attractive, but they merit careful research. Make a snap decision only if you know the product well, as Petzler or VanHooser did.

These sharp class differences wouldn’t exist in a perfect world. Ideally, everyone would travel and stay in relative comfort, instead of having a cabin filled with many “have-nots” and only a few “haves.” But the class system is alive and well, and it’s delivering handsome profits to the travel industry. It will take more than one crusading consumer advocate to change that.