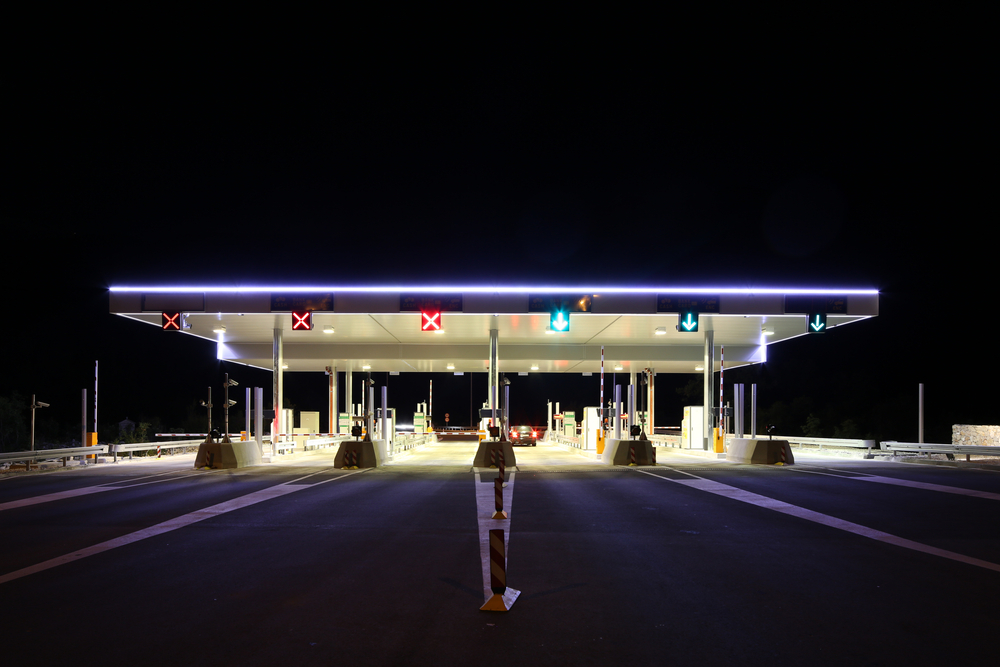 When he crossed the San Mateo-Hayward Bridge in Northern California, James Kaiser expected Avis to bill him for the $5 toll. It did, then it added a convenience fee — of $19.75.

“I had no idea I’d be charged that much,” says Kaiser, a photographer and guidebook author who had been on assignment in Yosemite National Park. “No one explained how the system worked.”

To Kaiser, the fees seem excessive, and he wonders where all the money is going. It turns out that there are a lot of motorists like him who are also looking for answers.

They recently got one, courtesy of suits and countersuits between BancPass and Highway Toll Administration (HTA). In case you’re just tuning in, BancPass makes a smartphone app for paying tolls; HTA is a company that offers electronic toll-payment services for several large car-rental companies. BancPass claims HTA interfered with its business when it pressured Apple and Google to remove PToll from its app stores in 2014.

Court documents suggest that car-rental customers pay millions in combined fees and tolls every year. David Centner, HTA’s chief executive, says that most of the money collected covers tolls, not fees. Even so, the courtroom revelations bring up an important question: How do you avoid these fees the next time you rent a car?

Public court filings and statements made in open court by HTA’s lawyers indicate that the fees beyond actual tolls collected by car-rental companies could be as high as $250 million annually, with at least half of that going directly to the companies. That’s the conclusion of Glenn Deitiker, president of BancPass, who said he believes tolls and the related fees are a massive profit center for car-rental companies.

“That is why the car-rental industry came down so hard on us,” he said.

Centner, however, says that HTA “is not making hundreds of millions of dollars on this program.”

Rental car tolls and fees have been something of a mystery for years. Avis explains the system Kaiser encountered, called e-Toll, as an electronic toll-collection program that “makes road travel more convenient.” The transponders, which come preinstalled in vehicles that are used where toll roads are common, offer an optional way to pay for tolls, according to the company.

Kaiser could have paid his bridge toll in cash and avoided the fees — but if a camera caught a glimpse of his plate in a noncash lane, then he would have automatically enrolled himself in the program. And the program is not cheap. Avis charges a convenience fee of $3.95 for each day of the entire rental period, including any days on which e-Toll is not used, up to a maximum of $19.75 per rental month, plus any tolls at the maximum prevailing rates posted by the toll authority.

Other car-rental customers are frustrated by the fees, too. When Jen Coken rented a car from Enterprise in Rockville, Md., recently, she asked if she could also rent a toll transponder. “They told me to just go through the tolls and they will bill me later,” recalls Coken, a voice-over actor who lives in Rockville. “What they didn’t share was that they would be charging me an extra fee on top of the tolls.”

Coken’s bill shows that Enterprise charged her $3.95 per transponder usage day plus the amount of the tolls. When she called the company to complain about the charges, it promptly refunded them.

“Ms. Coken, when she initially rented the vehicle, either got some bad information from a very confused employee or she misunderstood how the program works,” says Laura Bryant, an Enterprise spokeswoman. “Our toll program was never set up to do anything more than just break even. Just the opposite: We, along with the rest of the car-rental industry, have had to figure out how to help frustrated customers when manned toll booths went away.”

She’s right. As the number of toll roads multiplied, rental-car companies found it increasingly difficult to bill customers for the toll penalties they incurred while driving rental vehicles. Years ago, before electronic tolling, it wasn’t uncommon to see toll bills with processing fees that exceeded the cost of the rental cars. The reason? Each bill had to be manually matched to the renter, a time-consuming process.

Billing policies for toll roads vary widely. For example, Hertz charges $4.95 per day for PlatePass, its electronic tolling product, up to a maximum of $24.75 per rental, but it keeps charging you by the day even if you don’t incur a toll. If you don’t opt in to Sixt’s proprietary tolling program (rates vary by state), and do not pay tolls with cash or a credit card, you are automatically enrolled in its pay-per-use program, which is the cost of the toll plus a $5 administration fee per toll.

Whether these tolling systems are a source of profits or not, one thing is clear: They’re pretty confusing.

Consider what happened to Harvey Moshman, a television producer from Chicago, when he recently rented a car from Advantage in Orlando. It charges $7 per day for Pay-By-Plate, its tolling program.

“Pay-By-Plate is not explained to you at the counter,” he says. “On the rental agreement, it states that any manned or unmanned toll that you violate during the rental period will result in a $25 administrative fee per toll violation. To me, violate means willfully deciding not to pay — to blow through a tollbooth.”

But he didn’t willfully commit any toll violations. Rather, he used toll roads that didn’t have any booths, not realizing that doing so without a payment device would incur a penalty. “There was no opportunity to pay,” he says.

Advantage may not have told him about the fees verbally, but his rental agreement and the company website are clear. Advantage promotes its system as one that offers “speed and convenience” for customers, explaining that drivers will pay the cash or pay-by-mail toll rate as published by the toll authority, whichever is higher, plus a service fee per rental day or a maximum monthly fee. The fees vary by location.

Is there a better way? Certainly, having an app or another way of settling your toll could help consumers. It’s hard to imagine HTA fighting a company like BancPass unless a lot of money is at stake. Hundreds of millions of dollars a year, maybe.

In the meantime, if you’re renting a car, and are considering using a bridge, tunnel or toll road, make sure you study the rental agreement carefully. If you’re not sure of the fees, choose an alternate route — just to be safe.

Christopher Elliott is the founder of Elliott Advocacy, a 501(c)(3) nonprofit organization that empowers consumers to solve their problems and helps those who can't. He's the author of numerous books on consumer advocacy and writes weekly columns for King Features Syndicate, USA Today, Forbes and the Washington Post. He also publishes Elliott Confidential, a critically acclaimed newsletter about customer service. If you have a consumer problem you can't solve, contact him directly through his advocacy website. You can also follow him on Twitter, Facebook, and LinkedIn, or sign up for his daily newsletter. Read more of Christopher's articles here.
53144

This article was published on November 8, 2016