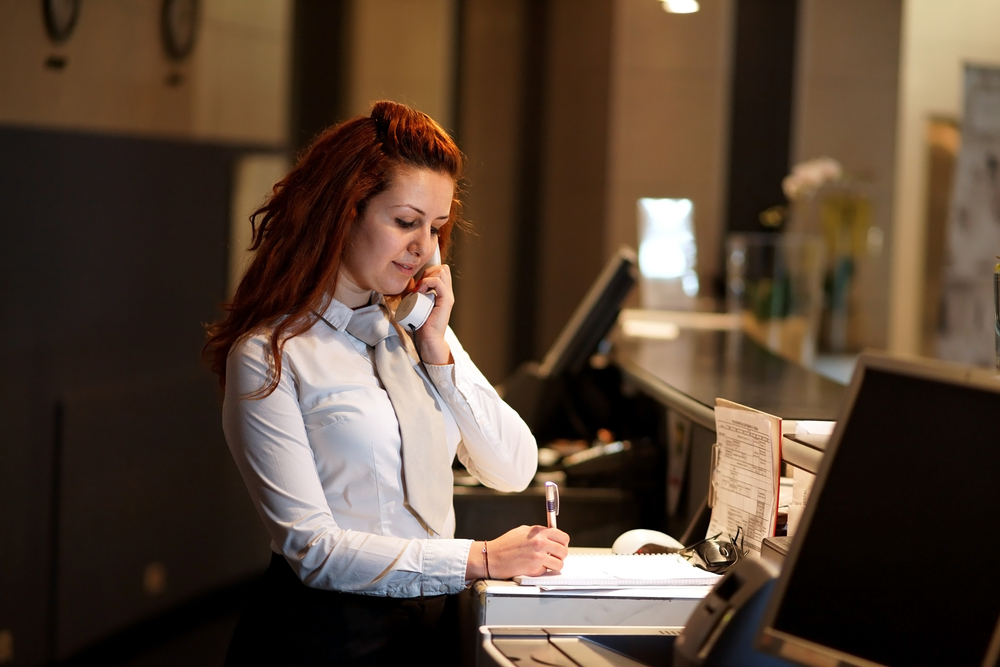 When it comes to booking a hotel online, what you see isn’t always what you get.

Christina Daves knows. On several occasions, she’s shopped for a hotel room online and then clicked through to make a reservation, only to discover she was actually dealing with a third-party site that looked like a hotel site.

“Often,” said Daves, who owns a medical device company in Washington, D.C., “there are no refunds on a reservation made through one of these sites, if you want to cancel or make a change.”

The hotel industry is worried, too. It recently asked the Department of Justice to investigate travel sites that are “trying to pass themselves off as the actual hotel.” The industry, represented by the American Hotel & Lodging Association (AH&LA), estimates that 2.5 million bookings are affected by this site-spoofing each year, which translates into more than $220 million going toward what it calls “bad” bookings.

At best, these reservations are simply made on behalf of a third party instead of by the hotel and may have additional restrictions or booking fees. But at worst, they may be completely bogus bookings that won’t be recognized by a property.

Pinpointing the problem is easy, but a solution isn’t. It turns out the fake sites operate outside the country and can be difficult to identify as fraudulent.

Who are these companies? There are thousands of them, according to AH&LA, and they go by names like Reservationcounter.com, Reservationdesk.com and Hotelsone.com.

“These sites are constantly changing their names, URLs and phone numbers to evade legal repercussions,” said Maryam Cope, AH&LA’s vice president of government affairs. “If you go to one of these sites, the phone number will likely be one thing around 3 p.m. and something else by 6 p.m., then again something else by 10 p.m. It’s a constant cat-and-mouse game to keep up with these rogue sites.”

Hotelsone.com did not immediately reply to a request for comment. Daniel Nelson, the chief executive of TravelPASS Group, the Salt Lake City-based company that operates the sites Reservationcounter.com and Reservationdesk.com, said his company’s sites have been around for many years and that reservations made through them are legitimate. He denies they are trying to imitate hotel Web sites, which is obvious when you compare the sites.

“The AH&LA is trying to turn this into a ‘buyer beware’ story,” he said. “But the truth is, if they get their way — if the only safe booking is a direct booking — it will limit consumer choice and reduce your options.”

Indeed, there’s more happening here than meets the eye. It’s a barely visible conflict between hotel operators and the online agencies, many of them legitimate, which help them sell their inventory. They seem to be waging a war of rhetoric, using anecdotes as ammunition. Consumers are caught in the crossfire.

Merle Kappelmann, who owns the Flamingo Inn in Daytona Beach, Fla., said she was taken aback when seven guests walked into her hotel during the city’s annual Bike Week and claimed to have reservations at $79 a night. They didn’t. Rooms were going for between $179 and $200 per night that week, and she could find no record of the group. The reservation had been made by a mysterious company named Reservation Counter, she said.

“We called and asked, ‘How is it possible that they can have our information available for people to make reservations without us signing a contract or agreeing to rates?’” she recalled. “They were unable to give us answers and refused to tell us where they were located, who owns the business, and since they all had foreign accents, we thought they may have been out of South America.”

To further complicate the issue, some sites that appear to be trying to capitalize on a hotel’s name are actually legitimate. Greg Fisher, the president of a regional online travel agency called TripShock, says his hotel listings in the Florida Panhandle show up on Internet search engines before the actual hotel, which may lead some inexperienced travelers to believe they’re clicking on a hotel site. Still, the reservations they make through his site are valid.

“I do believe it’s mostly a generational problem,” he said. “Most people will be aware. But it’s still something we deal with weekly.”

Hotels are fighting these third-party sites not just because of the customer confusion but also because they would prefer to take your reservation directly, without having to pay a commission. But their advice is still reliable. Take a hard look at the site before you book; otherwise, you could end up paying more or booking an invalid reservation.

“Make sure you know who you are dealing with,” Cope said. “Third-party vendors often make promises they can’t keep, and they likely can’t help if something goes wrong.”

Cope said even calling the 800 number isn’t a reliable way to verify a site’s identity, because the rogue sites claim to be the hotel’s reservation desk.

“You really need to be careful,” she added.

If you’ve been scammed by a fake hotel site, contact your credit card company immediately to initiate a dispute and then get in touch with the Federal Trade Commission to file your complaint. Because chances are, this problem will get worse before it gets better.

Christopher Elliott is the founder of Elliott Advocacy, a 501(c)(3) nonprofit organization that empowers consumers to solve their problems and helps those who can't. He's the author of numerous books on consumer advocacy and writes weekly columns for King Features Syndicate, USA Today, Forbes and the Washington Post. He also publishes Elliott Confidential, a critically acclaimed newsletter about customer service. If you have a consumer problem you can't solve, contact him directly through his advocacy website. You can also follow him on Twitter, Facebook, and LinkedIn, or sign up for his daily newsletter. Read more of Christopher's articles here.
44224