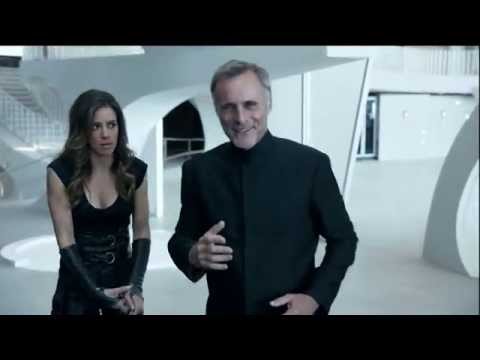 When Capital One offers to “erase” part of her debts with award points, Kate Morrical calls on a loyalty program skeptic to clear things up. Find out what happens next.


Question: You’ve gone on record plenty of times with your feelings about loyalty programs, so I wondered if you’d seen this ad for Capital One’s “Purchase Eraser.” In it, Alec Baldwin implies that he can “erase” a $700 purchase with 30,000 miles.

But the program overview clearly states that any purchase over $600 is 100 miles per dollar to redeem.

If Alec is right, I’d love to know how I could get that deal, too. But I bet the ad is stretching the truth. What’s the best place to take complaints about these kinds of “truth in advertising” errors? — Kate Morrical, Washington

Answer: You’re asking me? Isn’t that a little bit like questioning an atheist about God?

All kidding aside, I actually like Capital One — no, not because of the Baldwin ads, or even its “double miles” cards. I’ve recommended Capital One for years because it has no foreign transaction fee, which is great for international travelers.

Full disclosure: I’m an unwilling participant in a credit card that’s similar to Capital One’s, which allows you to earn points that can be redeemed through your bank. My financial institution converted my otherwise acceptable credit card into a point-earning machine a few years ago, much to my dismay.

These cards offer many more choices than those co-branded affinity cards which tie you down to a particular airline or hotel. In other words, you’re less likely to turn into a blindly brand-loyal mileage nut as the result of using one. Instead, you earn points based on how much you spend with the card, and redemptions are not restricted to an airline or its partners.

No question, a card like Capital One is the lesser of the two evils.

I’m deeply unhappy that my credit card suddenly started spitting out points. I didn’t sign up for that and didn’t want it. I don’t actively monitor the number of points in my account and they can expire and go to hell for all I care. I use the card a lot less than before, because I view points as a completely toxic byproduct of the credit card industry.

Whatever happened to offering a solid credit card with useful features, instead of a gimmicky payment option that appeals to your worst hoarding instincts? When did that end?

I’ll say it again: Loyalty programs are another bubble that’s about to burst. Airlines this year will earne almost $10 billion from selling miles, a little less than two-thirds of their total ancillary revenue for the typical legacy carrier. A good portion of those miles will probably go unredeemed.

These barely legal point schemes are bad for consumers and ought to be banned by law.

By the way, if you’ve ever wondered why you never see any of those enormous display ads for credit cards under every post on my site, now you know. Point-generating cards have deceived and misled an entire generation of travelers. I’d sooner shill for a discount airline than write an advertorial blog in order to sell those ridiculously lucrative referrals.

Oh wow, where’d that come from? I seem to have forgotten to answer your question.

I can see how you’d be confused by the Purchase Eraser offer. The promotional language is light on details and heavy on hyperbole, as are most offers like this. You have to do a deep dive into the fine print and a little homework to get the answer.

I suggested you send a brief, polite email to Capital One with your question. It responded with a form acknowledgment, but didn’t clear up the matter to your satisfaction. Next, you sent an email to Capital One’s media relations team, but they didn’t answer.

Finally, you emailed Capital One’s CEO. That elicited a response from someone in the company’s executive office, who phoned you to explain the ad.

Put differently, those ticking numbers in the ad are counting down the remaining balance, not counting up the miles used.

While Capital One wasn’t being dishonest, I’m skeptical of any offer that needs to be explained to consumers. A feature like Purchase Eraser should say what it does and do what it says, not leave you with a false impression.

That said, an offer like this is easier to grasp than some of those offered by airline and hotel loyalty programs, so I can’t be too critical.