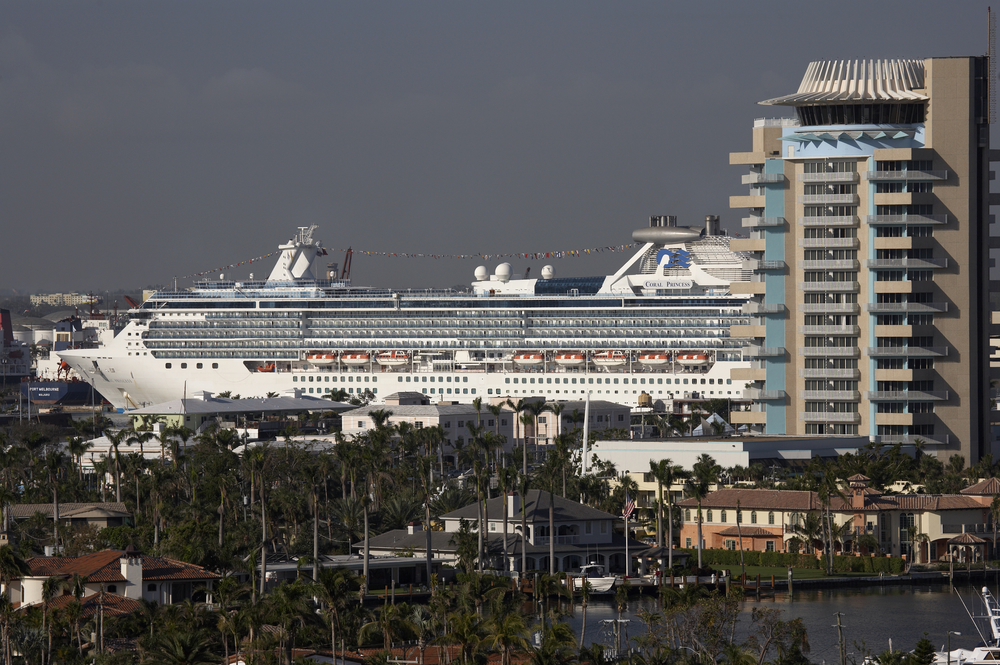 Lindie Wilhelm and her sister didn’t wait until their recent Princess cruise ended to “escape completely,” as the cruise line promised they would.

They bailed out early.

As is the case with most cruise complaints, it wasn’t one big thing, but many little ones that went wrong. The result: both exited the Coral Princess before they cast off in Whittier, Alaska.

In case you can’t tell, I’m sending her case to the “dismissed” file, but not because it doesn’t have any merit. Princess has maintained radio silence with me for many months, and a review of Wilhelm’s file suggests that even though the company should address her many problems, it is under no obligation to do so. (See the Princess’ passage contract if you don’t believe me.)

Wilhelm is no newbie to cruising. She spent eight years working for a travel agency that specialized in cruises, so she knows her stuff. She chose the Coral Princess seven-night cruise based on prior Princess sailings, the descriptions in the Princess brochure and the report from her travel agent that it had been recently refurbished in 2013.

“Once aboard, we were shocked by what we saw and how we were being treated,” she says. “Within one hour of embarkation, it was clear the Coral Princess was horribly substandard and had been grossly misrepresented by Princess’ advertising claims.”

“Gross misrepresentation” of the ship.
According to the Princess brochure, the Coral Princess is a “magnificent ship” and was refurbished in February 2013, leading potential passengers to believe the ship was recently updated throughout. But that’s not what Wilhelm saw.

“It was not magnificent,” she says. “The exterior of the ship was dingy and faded, with visible rust.”

No “deluxe” amenities.
Princess promised, among other things, “deluxe amenities you’d expect from a first-class hotel” and “premium accommodations and luxurious appointments.” But those were nowhere to be found.

“The carpets in our staterooms were stained,” she says. “The wood accents were chipped and peeling. The bathrooms were minimally clean. Caulking was missing and there were mildew stains.”

Her accommodations felt like a “steel cage,” she says.

Where’s the “tranquility”?
The company promises that throughout your cruise, whether you love activity or crave tranquility, “Princess offers everything you could need for a relaxing, rejuvenating retreat.” Not so.

“In reality, immediately after check-in and on our way to our staterooms, we were aggressively pushed to buy drink packages,” she says. “Before reaching the Lido Deck we were next approached to buy unwanted spa packages. My sister and I were increasingly dismayed and disheartened by such incessant and unwelcome selling tactics.”

Wilhelm says it was impossible not to feel Princess was primarily interested in making additional money off passengers any way they could.

And so, within one hour of boarding, she and her sister made the “painful” decision to leave the ship.

“It was obvious we would not be getting the quality of amenities nor the luxurious experience promised in the Princess brochures that we had paid for,” she adds. “From what we had just seen and experienced, we knew we could not remain onboard for seven days feeling trapped and disillusioned.”

The pair went to the passenger services department and told them they wanted to leave. A representative agreed that the ship was “shabby” and due for an overhaul before asking her to sign documents that said they were voluntarily disembarking because they didn’t like the ship.

“We both refused to sign and the documents never reappeared,” she says. “Princess was unwilling to take us back to the airport aboard one of many empty shuttles returning to Anchorage after dropping off passengers, forcing us to hire an extremely expensive car service.”

Wilhelm wants her money back. Here’s what it owes her, she reckons:

Messages sent to Princess were answered with a form letter saying she’d left the cruise “voluntarily” and that no refund would be offered.

When I get cases like this, I feel deeply conflicted. On the one hand, cruise lines are offering an “all inclusive” product at about $500 a night (the sisters had separate accommodations). You have to expect an upsell when they’re throwing the meals in. I think Princess’ one-sided cruise contract leaves something to be desired, and its advertising could use a little reality check, if Wilhelm’s account is to be believed.

At the same time, the sisters didn’t follow the procedures to get this fixed. If the stateroom is shabby, you have to give the cruise line a chance to offer you alternate accommodations. If you don’t like the aggressive upsell, you have to complain to a manager and tell the employees to back off.

Does Wilhelm deserve a refund? Probably. Is she going to get it? Unlikely.