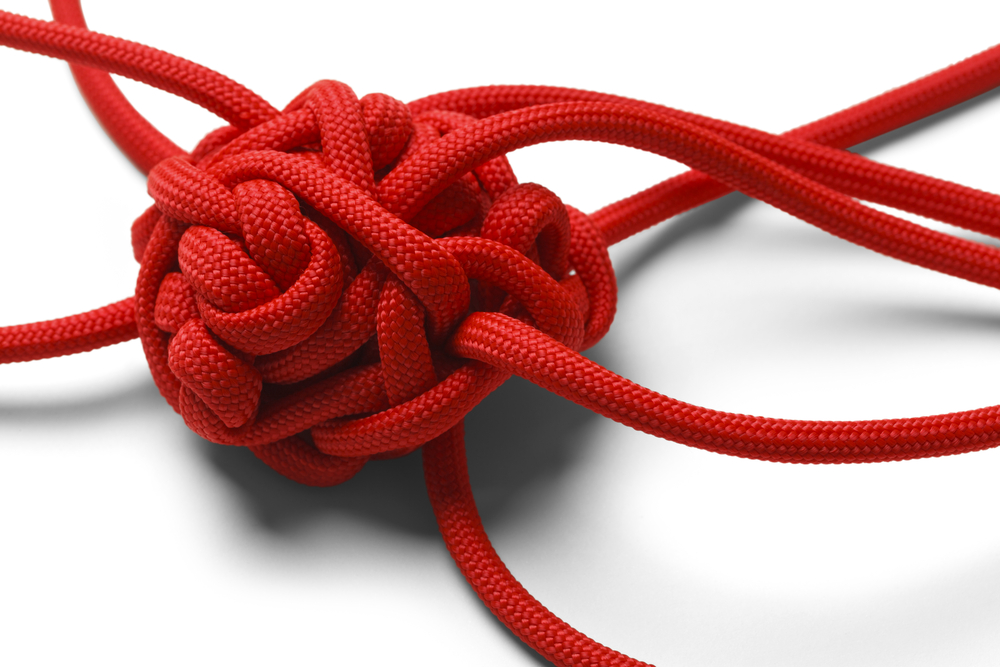 My head is spinning after reading Amy Zimmerman’s complaint about Aeroplan, Turkish Air and Swiss.

I think I need to sit down for a minute.

In June, Zimmerman and her husband were on a return flight from from Athens to Istanbul. In the good old days, their tickets would be fairly simple and might involve a little interlining, but pretty easy to figure out. Airline policies were similar and when they weren’t, employees were flexible.

Today? Not so much.

“Our airline tickets were arranged with total mileage for business class through Aeroplan,” she explains. The routing was Athens to Istanbul via Turkish; Istanbul to Zurich on Swiss and then Zurich to Miami on Swiss.

“When we presented our ticket at the Turkish Air counter, we were informed that only one bag for check-in was allowed at no charge for the two business class seats,” she says. “The remaining two bags to be checked through to Miami, were charged $300.”

Yes, seriously. Aircraft type and her luggage weight might have played a part. (One of my editors, who has access to a GDS, looked this one up and found that she should have been allowed two bags.)

But read the restrictions for yourself. It’s possible, if her bag was heavy enough and the plane was small enough, that Turkish was following its own rules.

“The free cabin and checked baggage allowance may vary according to reservation class and departure runway,” Turkish warns, adding, “Please check your ticket for information regarding your free baggage right.”

MSC (Most Significant Carrier)
most significant and/or longest part of the journey.

Oh, but wait. How about the DOT rules, which have specific restriction on how luggage postill licies need to be applied. Don’t they have any relevance? My editors are arguing about this one.

Is your head spinning yet?

Zimmerman phoned Turkish, asking about its luggage policy. A representative told her that two bags were allowed for each business class ticket.

“I called Aeroplan to ask if there was anything on the mileage ticket that called for one bag only for 2 business class seats. Their response: “I never heard of such a thing’,” she says.

“I then called Turkish Air customer service,” she says. “I was on hold for 1 ½ hours, only to be told that any numbers that showed on my boarding pass receipts were not the electronic ticket numbers which I needed in order to issue a complaint online.”

She didn’t bother calling Swiss, but I can only imagine what it would have said. Bureaucracy anyone?

“I called Visa, thinking they would contest the charge for us,” says Zimmerman. “The response from a supervisor in the dispute department was, ‘You signed approval of the charge. Therefore it stands.'”

I asked Zimmerman to send me the paperwork on this dispute, believing that maybe I could help.

And then I came to my senses.

What was I thinking? I mean, between Visa, Aeroplan, Turkish and Swiss, this thing is a real house of cards. (That sounds like a sandwich, actually.) If I didn’t know any better, I’d say airlines, loyalty programs and credit cards are imposing these many layers of policy with one thing in mind: to entrap customers like Zimmerman into paying fees they know will never be refunded.

By helping her, wasn’t I just perpetuating this hopelessly confusing system?

And how about customers who willingly collect Aeroplan points and then spend them on confusing itineraries. (Oh, you’re not confused? Which travel agency do you work for?)

If I jump in, am I not endorsing these counter-intuitive “tickets” with hidden expenses? Perhaps.

Sure, Zimmerman deserves a refund. (I haven’t heard back from her, but if I do, I’m inclined to give her a hand or to at least give the DOT a heads-up on her grievance.) But to my point, am I better off leaving these Rube Goldberg-like itineraries alone, and focusing on the ones that make sense? Or would I be perpetuating them by not getting involved?

And more to the point, do governments have an interest in keeping tickets simple so that the rest of us know where the buck stops?

Christopher Elliott is the founder of Elliott Advocacy, a 501(c)(3) nonprofit organization that empowers consumers to solve their problems and helps those who can't. He's the author of numerous books on consumer advocacy and writes weekly columns for King Features Syndicate, USA Today, Forbes and the Washington Post. He also publishes Elliott Confidential, a critically acclaimed newsletter about customer service. If you have a consumer problem you can't solve, contact him directly through his advocacy website. You can also follow him on Twitter, Facebook, and LinkedIn, or sign up for his daily newsletter. Read more of Christopher's articles here.
32756