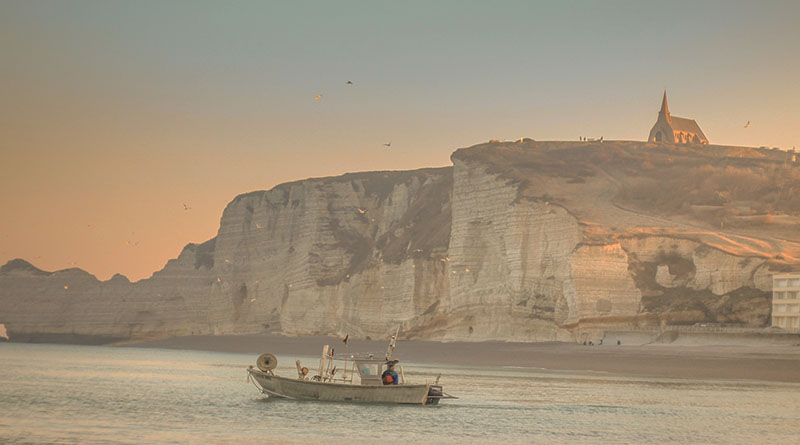 Elizabeth Crandall’s travel agent made a big mistake — one that cost Crandall $920. That fact is not in dispute. But when Crandall asked the agency to cover the cost, the owner offered to pay only half.

Now Crandall wants our team to persuade this travel agent to pay for her entire mistake. Seems fair, right?

Crandall’s experience is a cautionary tale about advocating for yourself as a consumer when you know you’re right. Although we recommend that you always remain polite, patient and persistent, there are times when being too polite can backfire. This case is one of those times. The travel agent made the mistake, but Crandall’s cordial demeanor seems to have sent the wrong message to the agency.

Using a travel agent to book a guided tour of England

Crandall’s tale began last September when she and her sister decided to plan a guided tour of England.

“I booked the tour with Huntley Travel,” Crandall recalled. “It was a 10-day tour through Britain. I told the agent that I would take care of our own airfare.”

Soon Crandall’s agent, Amie, sent her confirmation of the journey set for almost a year later. Crandall reviewed it and then tucked the itinerary away. It was still too early to book the airfare.

The wrong flight — on the wrong date

In April, Crandall knew it was time to start looking for flights for their upcoming getaway. She says she found reasonable airfare and booked it. The sisters were all set for their fall adventure.

But there was one big problem. Crandall had booked her return date for Oct. 3. This was the date she had always recalled as the end date of their vacation. However, several days after she booked the flights, she received an email reminder of the upcoming tour.

To her chagrin, Crandall suddenly realized she had made a giant mistake. The itinerary in front of her showed that the tour ended on Oct. 5.

“I had no idea where I got the wrong date,” Crandall recalled. “I presumed it was my costly mistake and I did not say anything to Huntley, or my sister.”

Crandall says she quickly called the airline to fix the problem she believed she had created. It cost her $920 to change the two tickets to the correct return date of Oct. 5.

Embarrassed by her expensive mistake, but happy to have been able to fix it relatively quickly, she decided to chalk it up to a lesson learned.

That is until she found out that the return date mistake wasn’t hers at all.

The travel agent made a mistake on the itinerary

“Last week I saw a friend who is also going on the trip,” Crandall told me. “She told me the date [on the original invoices] from Huntley were wrong. [The return date showed] 10/3, but it should be 10/5.”

Suddenly, Crandall realized that the travel agent’s mistake is what caused her to book the wrong dates.

“I called Huntley and after some back and forth, the owner offered to pay for half of the change fee,” Crandall recalled. “Bernie (the owner) told me that this would not have happened if I had allowed her travel agent to make the [air] reservations.”

Crandall says she didn’t think this was a fair resolution and told the owner so. She suggested that since her travel agent made the mistake that the agency should cover the whole change fee.

After much back and forth, the owner offered “$550 and no more” to cover her own agent’s error. And that’s when a frustrated Crandall contacted the Elliott Advocacy team.

Who should pay for this error?

When Crandall’s request for help arrived on my desk, I wondered what had gone wrong here. Our organization heavily supports the use of travel professionals. And, in fact, a significant number of the consumer problems we tackle every week could have been avoided if these travelers had used a travel advisor.

However, in this case, Crandall’s selected travel agent had let her down twice — first, by sending her an itinerary with the wrong return date, and then by refusing to take full responsibility for the mistake.

Crandall’s paper trail clearly showed the original itinerary with the end-of-tour return date error. She had relied on that date to book her airfare.

I asked Crandall what the owner had said about only covering half.

“Bernice told me that she couldn’t confirm how much the new flights would have cost on [the date I purchased the wrong flights],” Crandall recalled. “So she wouldn’t give me anything more.”

That explanation was murky, at best. The change fees and fare differential are the costs to correct this mistake — not the cost that the flight would have been had the mistake not happened. So I decided it was time to ask the owner directly about her reasoning.

Shouldn’t the travel agency pay for its mistake?

To find out what was going on here, I contacted Bernice and Amie at Huntley Travel:

We were contacted by one of your clients, Betsy Crandall about her experience using you as her travel agent. She says that you booked her a trip and then sent her the wrong return date.

She booked her airfare based on that incorrect return date. Later, when she discovered your mistake, she was forced to pay $920 for a change fee and fare differential. Apparently, you agreed to pay for half of that fee; however, she would like you to cover the entire cost since it was your error that caused her to book the wrong dates.

Could you review her complaint and let us know if you are willing to cover the rest of this change fee or if you have some reasoning why you don’t believe this is your responsibility.

And to my surprise, the very next morning, I received this from Crandall:

Michelle, you are a wonder!! Look at what you have done for me. I can’t thank you enough for getting me all of my money back. Now I can really think about my trip with my sister and friends and look forward to it and not be worrying about that extra $370 waiting on my credit card to be paid off. I am going to tell everyone about you and [Elliott Advocacy’s] incredible service. Thank you for making my life a little easier.

The travel agency had suddenly reversed its position and agreed to pay for the entire change fee.

But what was the reasoning that this escalated to a consumer advocacy organization in the first place? That’s the question I asked the owner when she emailed me to say she had resolved the issue.

Why did this problem escalate to a consumer advocacy organization?

I asked the owner of Huntley Travel for an official statement about her customer’s dilemma. And I asked about her reasoning for only offering to cover half of the acknowledged mistake. She doesn’t want me to quote her in this article. However, she told me that she believed that Crandall had accepted the offer to pay half of these change fees. My email had surprised her since she thought the $550 refund resolved the problem.

But the owner did not explain why her client should pay for any part of the mistake made by her travel agent.

Crandall says she may have given the impression that she accepted the $550 split-the-difference offer. But she never thought it was fair. And when she found out about the Elliott Advocacy team, she decided to see if we thought the travel agent’s offer was fair. (We did not.)

It’s not often that we receive cases where a consumer has used a travel agent who caused a loss. But it does happen from time to time:

Travel agents occasionally make mistakes, just like everyone else. Of course, some make more outrageous mistakes than others:

But it’s essential that these professionals correct and cover their own mistakes. And they do for the most part.

It’s unclear what happened here, but it seems that Crandall wasn’t forceful enough with expressing her dissatisfaction with Huntley’s “final” offer. That gave the owner the incorrect impression that Crandall was willing to pay for some of the agency’s error. She wasn’t.

Remember — being polite and patient is important, but don’t forget the other “P” of successful problem solving: Persistence. As our publisher, Christopher Elliott, explains in his self-advocacy guide, persistence is critical. Don’t give up your battle, if you know you’re right.

The services that a professional travel advisor can provide before, during and after your vacation can be invaluable to many travelers — especially for novice travelers or when vacation plans are a bit complicated. But there are a few things to keep in mind before and after you’ve engaged a travel agent.