All Gabriele Stahl wanted was to modify her Lufthansa flight to Germany. And all the airline wanted from her was $1,360 — an unreasonable amount to fix the flight, she says.

But who’s right? Stahl’s case is a teachable moment about flight cancellations, airline logic, and the power of persistence.

Also, it’s a fun opportunity to extract a response from an airline that hates, hates, hates appearing in this column.

Who changed this Lufthansa flight?

Last year, Stahl booked a flight from San Francisco to Munich directly on the Lufthansa website.

“A few weeks later, the airline informed me that the flight had changed and that there would be a stopover in Frankfurt,” she explains. “Given that, it was more convenient for me just to terminate my flight in Frankfurt than to continue on to Munich.” 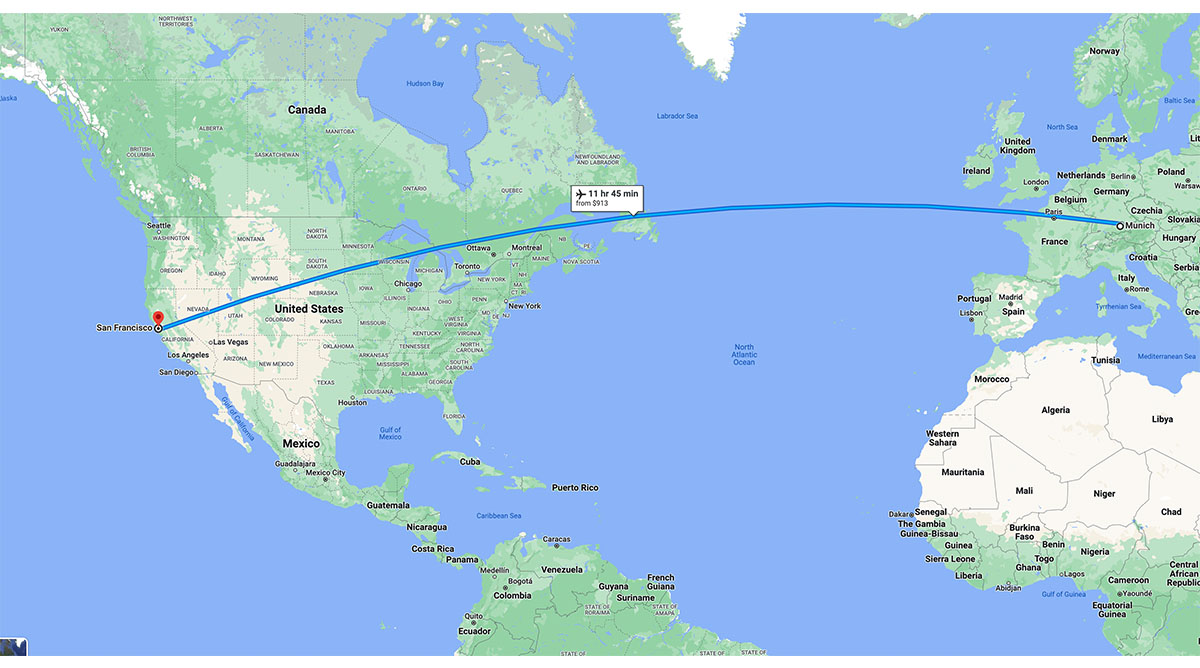 So Stahl phoned Lufthansa and asked to change the ticket to Frankfurt. An agent confirmed that the change would not increase the price. Unfortunately, she didn’t get that promise in writing.

Surprise! You don’t have a ticket to Germany

“When I went to the ticket counter on my flight day, a Lufthansa employee told me that I hadn’t paid for my ticket to Frankfurt yet,” she says. “How was I supposed to know that? I was under the assumption that the original charge still applied since the representative told me on the phone it would be exactly the same price. This was a complete surprise to me.”

Yeah, that’s quite an überraschung, as the Germans would say.

“I have been fighting with Lufthansa ever since,” she says.

By “fighting,” she means she means she’s emailed them several times. She says she thinks the airline hasn’t even read her messages. How does she know that?

“I asked two very specific questions. I haven’t received an answer in five weeks. All I want is a refund of $1,360, which is the fare difference,” she added.

Is Lufthansa right or wrong about this ticket change?

Lufthansa should have done what it promised by phone: changed the flight from Munich to Frankfurt without charging her.

But unfortunately, Stahl had no evidence that the phone conversation happened. The airline does; it records all calls for “quality assurance” purposes. But if you think the airline will release their phone records to our team, you’re wrong. Those recordings are for the airline’s benefit, not yours.

Until we’re on a level playing field — when both sides can legally record the conversation, and do — we’ll have problems like this.

By the way, that hasn’t stopped some of our clever readers from recording conversations on their own. Regular readers will remember the case of Mikayla Shade, who recorded an American Airlines agent giving her clear and inaccurate information. That case ended in her favor after the airline reviewed its own copy of that conversation.

But most passengers don’t have that type of smoking gun.

So what did Stahl have?

Why didn’t Lufthansa fix this without charging its passenger?

The written correspondence between her and Lufthansa was frustrating for me to read. It looks like she spent many hours trying to secure a confirmation for her new flight, to no avail. Finally, she just went to the airport on the day of her departure, hoping for the best.

If you find yourself in this, make sure you have a confirmation number for the new flight. It looks as if Lufthansa didn’t do what it said. Instead, it canceled Stahl’s old flight and issued a full refund. Then it made a new reservation and waited for you to pay for it.

That’s not what she wanted.

What does an airline owe you when it changes the schedule?

Like all airlines, when Lufthansa changed Stahl’s schedule, it owed her either a full refund or a replacement flight of its choosing.

It’s all in the airlines’ terms and conditions under “involuntary refunds.”

So technically, Lufthansa did what it was supposed to, but it didn’t tell Stahl. It also failed to answer her questions.

Tips for getting the schedule change you want

How could Stahl have avoided this problem?

Lufthansa promptly refunded the fare difference. I asked the airline to comment on this story, but it didn’t respond, as usual.