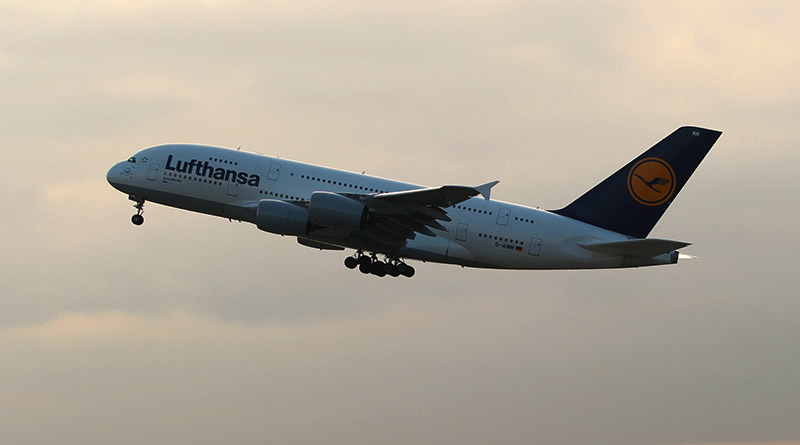 Can an airline stop you from boarding a flight even if you have a valid visa? It can if the airline is Lufthansa and your name is Chrysoula Chrysogelou.

Chrysogelou’s brother had booked a flight for her from Athens to Chicago with a stopover in Munich. She says she had a valid permit through the U.S. Customs and Border Protection’s visa waiver program. Still, Lufthansa wouldn’t let her on the plane in Greece.

Her case is a reminder that you can’t be too careful about your paperwork, and that it’s important to appeal your case to a supervisor when something goes wrong.

Chrysogelou was scheduled to spend January, February and part of March in the States. Her Electronic System for Travel Authorization (ESTA) was valid until Feb. 7.

The Lufthansa gate agent in Athens, however, insisted her visa waiver needed to be valid until her return in March. She refused to allow Chrysogelou to board the flight.

“She removed my suitcase from the counter and said I must change my return ticket or not board the plane because my ESTA was expiring before my return date,” she says. “I argued the rule but she and another agent refused to listen so I had no choice but to comply with her demand to change my ticket over the phone.”

She paid 465 euros to reschedule the flight. Now Chrysogelou would have to fly back to Athens in February, a few weeks before she had planned.

Who’s right — the passenger or the airline?

So who’s right? For the answer, let’s turn to the CBP site:

Do travelers need to update their travel authorization if it will expire before they depart from the United States?

No, an ESTA is only required to be valid on the day you enter the United States. The ESTA does not need to be valid for the entire time a traveler is in the U.S. If the ESTA expires while you are in the U.S., it will not affect your admissibility or the amount of time you are permitted to remain in the U.S.

Lufthansa is wrong. Chrysogelou is right.

Chrysogelou went through the paces to get this fixed.

“We thought once we contacted customer service they would see this was their mistake,” she says. “I was wrong.”

She began appealing her case the moment she was denied boarding — at the airport, and later to customer service. She even went to our Lufthansa company contact page and emailed Sharon Murphy, the senior manager and customer relations manager for the Americas. “No response from her.”

All other responses lie and say that my paperwork is my responsibility and it should be valid for all of my stays.

My sister-in-law even read the webpage aloud to them. They just give the runaround and lie.

The last communication was to “customer relation escalation” associate Jeremy was today and he sent me an email to contact the embassy. I don’t see how that relates at all. Their solution was to refund a luggage fee (due to change in ticket economy light vs. economy) and contact reservations to change my ticket for another 130+ euro rebooking fee.

Technically, Lufthansa denied her boarding and owes her 600 euros under EU 261, but at this point, Chrysogelou just wanted a refund of her change fee.

Well, she definitely did everything she could to fix this. Her next step was contacting us.

How we fixed Lufthansa’s mistake (kind of)

When our advocate, Dwayne Coward, saw Chrysogelou’s case, he assured her we would do everything we could to help.

“I feel so sad with this situation because I know that I wasn’t wrong,” she told him.

But lately, Lufthansa has been ignoring my advocacy team’s queries, so Dwayne also recommended that she take her case to the Hellenic Civil Aviation Authority, the Department of Transportation’s counterpart in Greece.

It’s not clear if the Greek airline cops or our advocates got Lufthansa’s attention. But the airline quickly reversed course. It refunded 465 euros and rescheduled her flights to her original dates.

And the lesson learned? Well, that’s a tough one. Had Chrysogelou brought a printout of the ESTA article from earlier in this story, then maybe Lufthansa would have reconsidered its decision to deny her boarding. She might have appealed to a supervisor in Athens before forking over the money for a new ticket.

The best solution, though, would be for Lufthansa to educate its ticket agents on visa requirements. Because, while having the proper travel documents is the traveler’s responsibility, correctly applying the rules is the airline’s responsibility.