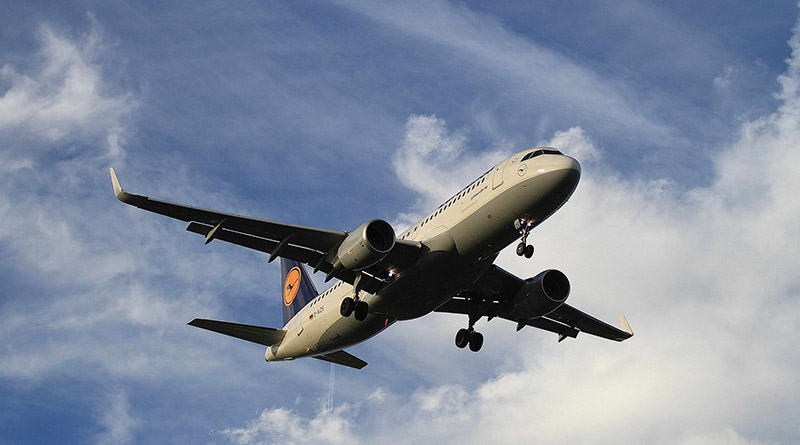 When WOW Air died earlier this year, Lufthansa made its passengers a seemingly generous offer: a 25 percent discount if they rebooked with the German carrier. Victoria Corless decided to accept. But why is her Lufthansa offer so hard to redeem?

You’re not going to like the answer. I know she doesn’t.

Her case opens an interesting discussion about bankruptcy and the responsibility of other airlines to pick up the slack. It’s also a warning for anyone who would accept an airline’s offer — really, any offer. If there’s no timeline of payment, you may never get the money.

Let’s take a quick look at the offer. Interestingly, Lufthansa has deleted the full text of the offer, you can find it on the landing page. Guess someone forgot to update it.

Here’s the actual offer from Lufthansa:

As a passenger with a ticket of bankrupt airline WOW air you are offered to benefit from reduced fare conditions. For flights with Lufthansa, SWISS and Austrian Airlines you can retroactively request a 25 percent partial refund of the ticket price.

You will need to begin your flight with the Lufthansa Group by 30 April and complete your trip until (sic) 31 May 2019. After completion of your itinerary contact [the] below email address. A proof of a WOW ticket is necessary. Code share flights are exempted. Further offer conditions apply.

First of all, you have to book your flight on Lufthansa and then apply for a 25 percent discount. Lufthansa might have automated the process by asking people to book with a record locator or ticket number, but that’s way too much trouble for the airline.

Besides, the airline knew — must have known — that the uptake rate on this offer would be low. In other words, that many passengers would simply rebook on Lufthansa and forget about the paperwork.

And that’s what Lufthansa hoped would happen with Corless. Or so it seemed.

Trying to get Lufthansa to honor its offer

Corless had already spent $1,398 on her WOW Air ticket. Fortunately, she could have disputed that charge on her credit card and gotten a full refund. Elliott Advocacy’s executive director, Michelle Couch-Friedman, described the process of obtaining a refund from a bankrupt airline in a story earlier this year.

But then she spent $1,748 on the Lufthansa replacement ticket. She would have come out ahead with its 25 percent discount. Wouldn’t that have been nice?

But it wasn’t meant to be. She made the reservation on April 11 and received an email asking for documentation.

“I promptly replied on the same day with said document,” she recalls. “I didn’t hear back from them and was going through a move so just assumed it was being taken care of.”

Finally she contacted Lufthansa in September asking about the status of her refund. She sent numerous emails to the airline and received some pretty interesting responses.

One of the responses Corless received after asking about her Lufthansa offer.

Other responses said she missed the deadline to apply for the discount.

“Lufthansa says they can’t refund a ticket bought from another airline, which isn’t what I was asking, or that I missed the deadline,” she adds. “They have cited both May 30 and June 30 as the deadline, even though I submitted everything in April. I also provided evidence of this.”

“I’d like the discount I was promised when I booked my flight,” she says. “It feels like they lied to get me to book with them and are using flimsy excuses to not follow through and are completely wasting my time by not taking my claim seriously.”

What is an airline’s responsibility when a competitor disappears?

If you’re booked on another potential WOW Air-type airline — and I sincerely hope you aren’t — what are your rights? Does an airline have to offer a discount or accept your ticket?

On Nov 21, 2004, a federal regulation that compelled airlines to accept tickets from failed airlines expired. It hasn’t been replaced and there’s zero chance of it being reinstated in the near future. In Europe, there are no laws that would have required Lufthansa, or any other carrier, to accept Corless’ WOW Air tickets. The best she could hope for was a quick refund through her credit card and maybe a discount from another airline. Or maybe not.

Worse, Corless didn’t have Lufthansa’s offer in writing. And the airline was busy scrubbing any evidence of the offer from the web by the time my advocacy team got around to her case. She could have been out of luck.

OK, so why is this Lufthansa offer so hard to redeem?

Dwayne Coward, our advocate on this case, reached out to Lufthansa to find out what was going on. Why was this happening? Why was the airline sending Corless these tone-deaf responses that claimed she’d missed a deadline or that WOW Air was still flying?

I wanted to be able to write the following:

A Lufthansa spokeswoman confirmed that the airline had sent all of the emails and that they were, in fact, true at the time.

The problem was that the call center was located in a parallel universe. You know, like that Amazon show, The Man in the High Castle.

Lufthansa apologized for the misunderstanding and routed her complaints to the correct universe.

That is not what happened. Instead, Lufthansa quietly refunded Corless without saying a word. Oh well.

To avoid future crossed wires with a parallel dimension, she could have done any of the following:

Better yet, she could have avoided WOW Air entirely, which was already in its death throes when she booked her first tickets. A quick online search might have persuaded her to fly with another airline.