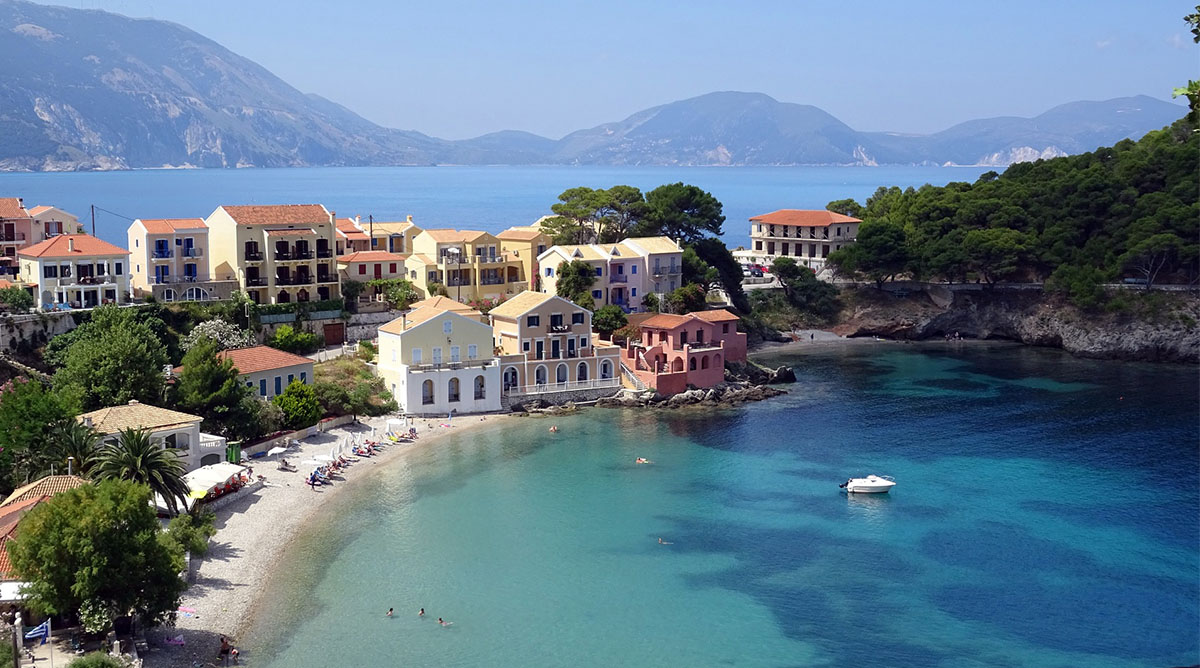 Benn Karne and his wife, Marilyn, had tickets from Athens to Bologna, Italy, on May 14, 2020. Not that it did them much good. Like almost every other flight operating at the start of the pandemic, Aegean Airlines canceled it and eventually offered them a refund.

But then Aegean Airlines did something very odd: It refunded only one of the tickets.

Now the Karnes are trying to find out what went wrong with their second refund and how they can fix it. But their odyssey tells a much bigger story about the patently irresponsible behavior of airlines during the pandemic. You’re probably familiar with stories like this. The additional context will infuriate you.

Bad timing: He bought these tickets right before the pandemic started

The Karnes didn’t have the best timing. They booked their tickets for a European vacation right before the outbreak. Then they spent all of March and April wondering if they could still be able to travel. Of course, they couldn’t. Greece and Italy shut down, and Aegean Airlines canceled their flights.

The airline offered the couple vouchers for credit, redeemable for cash after a year.

“After the year ended, I received a refund for one of the tickets. But Aegean shows the other as already redeemed, even though it hasn’t been,” he told me. “To add confusion, the refund for the one ticket does not indicate which one was refunded.”

Karnes tried — I mean, he really tried — to fix the problem himself. Here’s a timeline of his efforts. (I’m publishing this as a reader service so that you don’t fall into this refund quagmire.)

Karnes booked the tickets on January 20, 2020, only a few weeks before the lockdowns. The tickets were for May 14.

“Per the website, we could apply for a credit voucher,” he adds.

In July, Aegean Airlines converted both tickets to vouchers.

“These voucher emails noted that after 12 months, we could get a full refund,” he says.

One year later, he checked the Aegean Airlines site. It indicated one of the tickets was “already refunded.” The second ticket was still a voucher.

Karnes checked his bank account. He didn’t see a refund. I’ll let him continue to tell the story.

Ultimately, he received 103 euros back for one of the tickets. But the other ticket remained a voucher. And that’s how it stayed until he contacted my team of consumer advocates a few months later.

Can a European airline cancel your flight and force you to accept a credit?

A funny thing happened after the pandemic. Airlines wanted to keep your money even after they canceled their flights. All airlines tried to do this, arguing that it would hurt their business if they offered refunds.

The U.S. carriers didn’t get very far. As soon as they started begging for a federal bailout, regulators let them know they needed to refund passengers promptly, as required under Department of Transportation regulations. As the government noted in March 2020, “The obligation of airlines to provide refunds, including the ticket price and any optional fee charged for services a passenger is unable to use, does not cease when the flight disruptions are outside of the carrier’s control (e.g., a result of government restrictions).

Other airlines got farther. European carriers tried to convert the money to credit, hoping for an interest-free microloan from their customers. But in May 2020, the EU said that wasn’t legal. Customers like Karnes deserved a fast and full refund.

Under European Union legislation, the reimbursement can be made in money or in the form of a voucher.

However, reimbursement by means of a voucher is only possible if the passenger agrees. (Emphasis mine.)

Bottom line: Aegean’s involuntary “conversion” of Karnes’ tickets to credits was illegal. The EU said as much around the time of his flight cancellation. Aegean Airlines was breaking EU laws.

How do you get a refund from Aegean Airlines?

I’m not surprised that refund cases like Karnes have dragged on for years. Airlines and other travel companies would rather forget the beginning of the outbreak, and they are more focused on the future than on a few painful months in 2020 when it looked like the sky was falling. But you can’t let them forget.

We publish the names, numbers and email addresses of the customer service managers at Aegean Airlines on this site.

But a review of Karnes’ case suggests those names were not enough to get him a full refund. He sent numerous emails and a polite letter to the CEO using our online contacts. Then the airline refunded his first ticket. But Aegean’s site showed it had refunded both tickets.

Figuring that out takes some persistence. I have details on how to resolve a complicated complaint like this in my story on how to fix your consumer problem.

I think an email to Hellenic Civil Aviation Authority, the aviation regulators in Greece might have shaken something loose. You can find the EU complaint form on its site.

So what was the problem? I contacted the airline on Karnes’s behalf. A representative said the airline had tried to send the second refund to Karnes’ bank, but it seems the transfer failed. That can happen when the account number is incorrect.

I asked Karnes about this, and he had supplied the correct bank account number. I think it’s possible someone on the other end mistyped his bank account information on the second ticket. Or maybe they had the right number and intentionally typed it in wrong. Who knows?

Karnes re-sent the account number. This time, the refund went through.

When it comes to refunds, airlines sure like to take their time. That’s especially true when a pandemic shuts down all air travel. Airline payment processing systems are designed to take money quickly and return it slowly because it’s good for business. During a pandemic, this slow becomes very slow.

We have a long list of complaints about European airlines keeping their customers’ money months, even years, after the pandemic started. If you still have a credit that your airline forced you to accept, please contact my advocacy team.