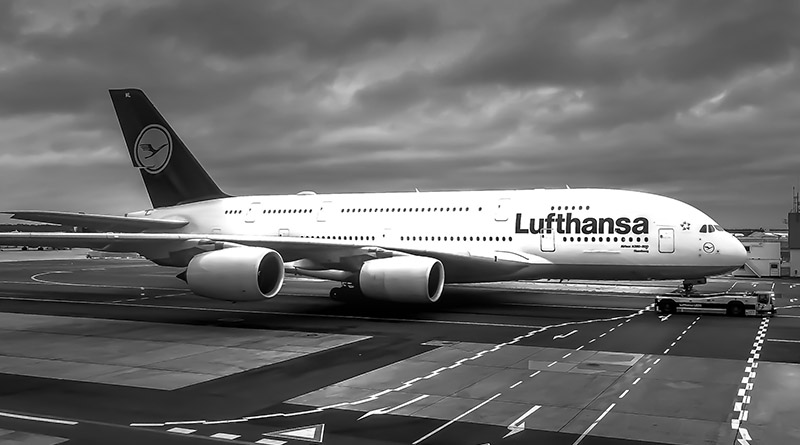 Cristina Falcon wants to know if her ticket refund problem is her mistake or a Lufthansa mistake. After all, the fare she chose said “refundable.” But is a refund from Lufthansa even possible for her?

Falcon’s problem serves as a timely reminder to review the rules of your airline ticket before you push the “purchase” button. Don’t assume you know what’s in it, and don’t always believe the large print. As it turns out, that’s also good advice for airlines writing complex and often incomprehensible fare rules.

If nothing else, her story is also a cautionary tale about flying while pregnant. Falcon had booked a Lufthansa ticket to fly from Vancouver to Valencia, Spain, earlier this year. The tickets indicated that they were refundable, minus a fee. But when she asked for a Lufthansa refund, the airline turned her down. She turned to us for help.

A closer look at this Lufthansa refund case

The circumstances of Falcon’s refund request were a little unusual.

“When I purchased the tickets I knew I was pregnant and was aware that I might have to cancel or re-book the tickets due to the date being very close to the limit for being able to fly, which is 36 weeks,” she says.

When she booked the tickets, Lufthansa said the following terms applied to her ticket:

When Falcon canceled her tickets and asked for a refund, Lufthansa had some bad news.

“According to their system, we have nonrefundable ‘light fare’ tickets,” she says. “But on the day that we purchased the tickets, there wasn’t even an option to pick the light fare on their website.”

Her confirmation email does not say whether her ticket is refundable. Falcon took screenshots of the transaction, but that doesn’t seem to be making a difference with Lufthansa; it intends to keep her money.

After canceling the tickets and some back and forth with Lufthansa,
we only received a refund of $92 per ticket because according to them they are only able to refund the taxes and fees because we have non-refundable tickets.

Today, after two months of phone calls and emails back and forth with no solution and no confirmation by email from their customer service that they have seen the screenshots at various points of the purchase, I finally received a phone call saying that they will close our case.

Was this a Lufthansa mistake?

Mistakes were made all around on this one. Let’s rewind a few paragraphs back, where Falcon says, she was pregnant and “aware that I might have to cancel or rebook the tickets due to the date being very close to the limit for being able to fly.”

Lufthansa is clear about its rules on flying while pregnant. It will not allow you to fly beyond the 36th week of pregnancy, or until 4 weeks before your expected due date, unless you have a medical certificate from a gynecologist. Beyond the 28th week, Lufthansa recommends women fly with a doctor’s note with the following information:

Where the pregnancy involves a twin or multiple pregnancies, the expectant mother may fly up to the end of the 28th week of pregnancy, according to the airline. Here are Lufthansa’s full rules for flying while pregnant.

Booking a flight so close to her due date was certainly an error in Falcon’s case.

And what about the Lufthansa mistake? Even if its this fare was nonrefundable, this screenshot is enough to make you believe otherwise.

What are the actual rules of this ticket?

Falcon did a nice job documenting this. Online travel agencies already make screenshots of every transaction. You should too.

On reflection, I think Lufthansa may have been correct about the refundability of Falcon’s ticket. Even though she has evidence that the ticket is refundable, a closer look at the ticket tariff — the actual rules governing her ticket — would show just how refundable her flights were. She couldn’t find the tariff. (That’s on Lufthansa, which, like other airlines, makes it difficult to find that information.)

Here’s an example of a ticket tariff. It’s written in all uppercase and legalese so that almost no one can understand it:

So Lufthansa was at an advantage. It probably already knew about the fare display on its site and had the tariff. I’m sure that in the event of a credit card dispute, Lufthansa would have happily shown Falcon’s credit card company the actual tariff.

The only hook for Falcon on this Lufthansa refund is that the information shown on the purchase screen was potentially deceptive and misleading.

What does Lufthansa have to say about this mistake?

I knew there had to be a logical explanation for this. I would have liked to include it in this story. I’m sure its explanation would have been illuminating and possibly helped you avoid trouble like Falcon’s.

My fellow advocate Dwayne Coward and I contacted Lufthansa on multiple occasions in an effort to get its side of the story. In the end, the airline folded and offered her a full refund. Dwayne and I are pleased with that outcome, and so is Falcon, but I think we also want to know the facts behind this Lufthansa mistake.

In the meantime, there are plenty of helpful takeaways. First, if you’re pregnant, you might want to avoid any flights after week 28, and at the very least, travel with a doctor’s note which specifies your due date and confirms that you are fit to travel. You could run into complications, leading to a cancellation and an odyssey like Falcon’s. Second, take screenshots of everything. If Falcon hadn’t, she wouldn’t have had a case.

And finally, do not trust the large print on a fare display. Wherever possible, review the actual tariff. If you’re working with a real travel agent, ask about the tariff — they can pull it up on their GDS display.