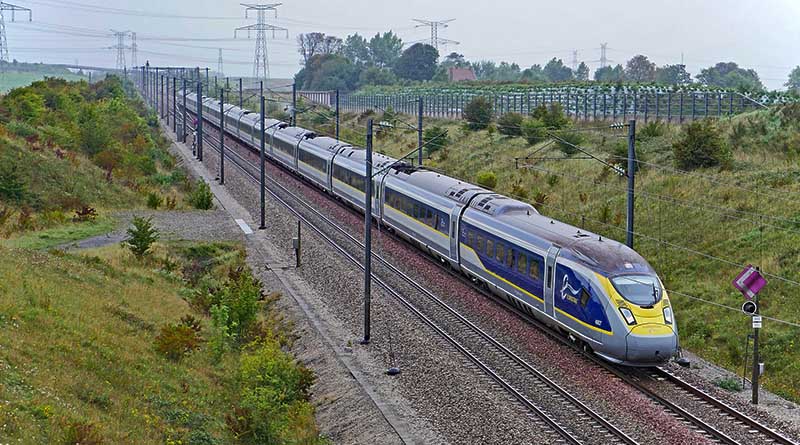 When Norwegian Air Shuttle cancels Andrew Brown’s flight to London, it rebooks him to Paris. An airline representative suggests he take a train to his final destination and promises to refund the Eurostar tickets. But now the company changed course and won’t pay. Is he out of luck?

My family and I booked round-trip flights to England on Norwegian Air as a part of a 10-day vacation. On the morning we were due to fly, the airline sent us a notification that our flight had been canceled because of a drone incident. Norwegian gave us a phone number to call to rebook the flights, but unfortunately, due to a heavy call volume, we were unable to get through.

We decided to drive down to the Fort Lauderdale airport, where we were to have left that evening, to speak to a representative in person. A Norwegian Air representative told me that our only options would be to either get on a flight five days later, essentially cutting the vacation in half and losing house rental and sporting tickets, or get on a flight to Paris later that evening.

We opted to go via Paris, everything worked out and we had a wonderful stay in London. When we returned, we submitted our request for a refund of our Eurostar tickets. Our friends did the same thing. They got a denial first and sent a letter to Norwegian to let them know their disappointment. Norwegian then sent them a note saying that they had reconsidered and subsequently sent them a refund for their Eurostar tickets.

My denial came shortly thereafter, and unfortunately, my protests were not received with the same understanding. I asked why the airline was not honoring the promised reimbursement and was told that the representative at the Fort Lauderdale airport was not authorized to offer such reimbursement. Then I asked why our friends’ request was honored and not mine, and the response was that our friend’s reimbursement was a mistake.

I feel as though the airline should honor their representative’s promise. Can you help me get a refund for these Eurostar tickets? — Andrew Brown, Wellington, Fla.

Norwegian Air should have kept its promise. But legally, it didn’t have to. Here’s why: The drone incident is considered an “extraordinary” circumstance, which is beyond the airline’s control. It wasn’t required to get you from Paris to London. Further complicating the issue: The Fort Lauderdale representative only made a verbal promise to refund your Eurostar tickets — not a written one. And as I’ve always said, talk is cheap. There’s no way to prove that Norwegian said it would pay for your train tickets.

Next time someone from an airline offers you something off-menu, get it in writing. If they refuse to put it on paper, then at least get the full name and number of the helpful representative. That way, you can always reference the conversation when pleading your case.

The Elliott Advocacy research team has compiled the names, numbers and email addresses of the Norwegian Airlines customer service representatives. A quick, polite note to one of them might have helped.

Here’s your refund for those Eurostar tickets

I think it’s interesting that Norwegian reimbursed your friends, but not you, for the same itinerary change. It should have refunded your Eurostar tickets, too, as it had promised — and for consistency’s sake. Making a U-turn was bad form.

I contacted Norwegian on your behalf. It re-examined your claim and decided to refund you $1,137, the cost of your Eurostar tickets to London.