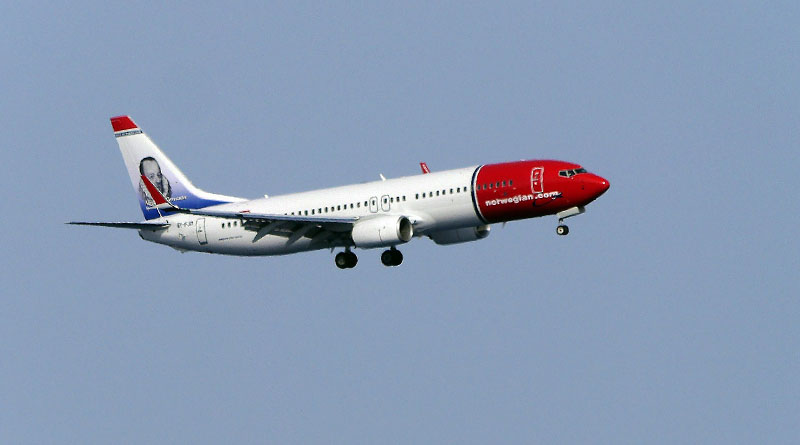 Mark Verkennis wants a refund for his canceled flight from Boston to London last summer on Norwegian Air Shuttle. His online travel agency, Travelocity, has requested it from Norwegian, but the response is radio silence. What can he do about his canceled Norwegian flight?

I like Verkennis’ case because it illustrates a seemingly eternal struggle among airlines, online travel agents, and “we the people.” But it also shows that the endless delays and foot-dragging maneuvers are no match for the Three Ps of dispute resolution. More on that in a moment.

This refund case also shows just how hard travel companies will fight to keep your money, even if it isn’t theirs. It’s shameful.

An open-and-shut case for a full refund

This Norwegian canceled flight case deserved an immediate refund. Verkennis was flying from Boston to Gatwick on June 6, a flight he’d booked through Travelocity. Norwegian canceled the flight and couldn’t to get him to London the next day. It appears he made other arrangements to get to his destination.

When he contacted Travelocity, he understandably wanted to be made whole.

“I expect a full refund of my airfare for the canceled trip, plus I am seeking the loss of one night’s lodging at our prepaid Airbnb in London,” he says.

And I think this is where his request may have gone sideways, but I’ll get to that in a second.

A hopeful, but patience-testing, answer from Travelocity about a Norwegian canceled flight

Travelocity responded promptly to his refund request — and told him to wait.

First, it said it was experiencing system problems. I kid you not:

We understand that you wanted to get a refund on your flight reservation, however, due to system upgrade that happened previously, we were unable to complete the refund process. For us to continue in refunding your reservation and to protect your information, we would appreciate if you could call us back to provide us the credit card information used when you have booked the reservation.

Then it said it needed just a little more time:

It was brought to our understanding that you are requesting for a refund for your flight since it was canceled by the airlines. Please be advised that we are still coordinating your reservation with the airline as we were advised to send an email for your concern. Please allow us to work on your reservation and we will provide you an update within 24 to 48 hours.

And then even more time:

I would like to inform you that the refund request can take up to 8 weeks.

We have already contacted the Norwegian Airlines and spoke with Airline Representative Name Darius, Location is New York and was advise to send an email to them and discuss what happen why the refunds did not take place and once they received it they will work the refund process right away.

I already send a refund request to the Airlines and properly discuss what happened.

Thank you so much for doing business with us.

“Richard” might benefit from using Grammarly in his replies, methinks.

What happens when Norwegian cancels a flight?

When an airline cancels a flight in the United States, it owes you a fast refund. A passenger is entitled to a refund if the airline canceled a flight, regardless of the reason, and the passenger chooses not to be rebooked on a new flight on that airline, according to the Department of Transportation (DOT).

The refund must be timely, but the DOT allows some wiggle room.

Payment by credit card provides certain protections under federal credit laws. When a refund is due, the airline must forward a credit to your card company within seven business days after receiving a complete refund application; however, the credit may take a month or two to appear on your statement.

Why two months? I explain in this story, but basically, it’s a credit card issue. If you add another layer — your online travel agency — it can cause even more delays.

After eight weeks, still nothing

Verkennis contacted my advocacy team after eight weeks. His patience had run out. Our team reviewed the paper trail between Verkennis and Travelocity. We couldn’t quite figure out what was happening.

Was this an internal Travelocity problem? A Norwegian issue? Or had Verkennis’s request for extra compensation for an Airbnb night thrown a wrench into the process? It could have been any of those issues, but let’s take a closer look at that last one.

Does asking for too much — which a night’s lodging, unfortunately, was, in this case — doom your entire refund request to fail? I’d like to think that the folks at Travelocity could sort out a legitimate refund request from one that’s understandable, but not legitimate. But, based on some of the email responses he received, I’m not so sure.

Our advocate Dwayne Coward tried to reach out to our Travelocity contact, but the email bounced. It looked like this case was dead on arrival.

Dwayne didn’t take the bounce-back personally. He reached out to our Expedia contact. (Expedia acquired Travelocity a few years ago.) And he finally got some answers from our contact. According to her, Travelocity had already processed a full refund for the flight. It appears Verkennis’s credit card hadn’t shown the $843 credit yet.

“After investigating what caused the delay in processing the refund, our customer support team found that the airline was contacted by our agents promptly after June 20, 2018, when the customer called,” she says. “But the method advised to process the refund was not the normal procedure typically used, which caused delays from both teams.”

I’m not entirely sure what that means or how Verkennis could have avoided it, but I’m going to chalk this up to a system problem.

“Our customer support teams acknowledged that errors were made by both parties and apologized for this atypical delay in processing the refund. Since this is not a common occurrence, the team is investigating how to improve in the future and offered the customer a $100 travel voucher,” she says.

Well, that only took three months.

I’m not sure if Norwegian, Travelocity or Expedia stalled this request — or indeed, if this was a case of refund self-sabotage — but his refund case almost makes me believe all of those conspiracy theories about companies intentionally keeping your money.

The DOT, with its loosey-goosey refund language, the credit cards, the companies, all are complicit in a plot to keep your refund. Maybe. Why couldn’t Verkennis get his money back in five days or less? I mean, if you can take it out if his account in a fraction of a second, why three months? Come on.