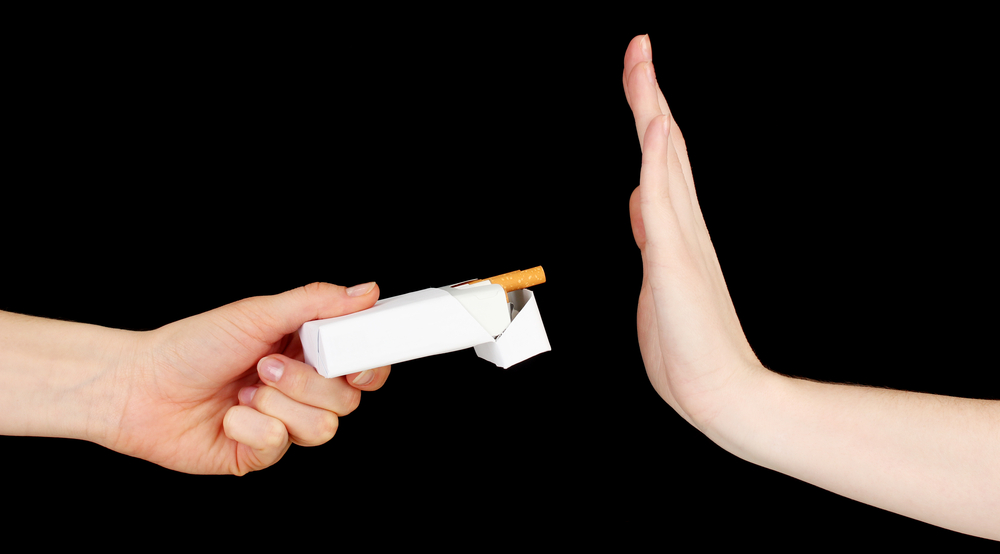 Landra Osmus doesn’t smoke. So when she checked out of the Comfort Suites at Sabino Canyon in Tucson, Ariz., recently, she almost choked on her bill, which included a surprise $150 cleaning fee.

Osmus, a hospital auditor from Tucson, had spent a weekend at the hotel with her 12-year-old granddaughter and a friend for a birthday celebration. A hotel representative claimed that she was being charged because “there was smoke present in the room.” But Osmus contends that the fumes came from outside the hotel, from an alley where guests were smoking.

“I’m not responsible for the alley,” she says, adding that the Comfort Suites’ accusations were causing her “great emotional distress.”

Turns out that cigarettes are stressing out a lot of travelers, and in a lot of different ways.

Hotels and car rental companies are struggling to deal with shifting winds when it comes to smoking. That includes some states’ legalization of recreational marijuana use and the increasing popularity of e-cigarettes. At the same time, travelers allege that companies are turning customers’ tobacco habit into a profit center by overcharging them for smoking in hotels or rental cars — even if, like Osmus, they don’t smoke.

Result: Whether you use tobacco products or not, you have to know about these new problem areas. Otherwise, some of your hard-earned vacation dollars could go up in smoke.

When Osmus contacted me for help, I suggested that she send Comfort Suites a polite written appeal and advised her to be patient. She sent the letter. In response, the property’s general manager investigated her claim and found that the smoke was indeed coming from the street.

“I went ahead and refunded the $150 charge that we assessed you as a smoking fee,” the representative wrote in an e-mail.

Depending on your perspective, the travel realm is either becoming a less accommodating place for smokers or a healthier place for nonsmokers. Cruise lines are at the forefront of this change, with Carnival and Norwegian recently banning smoking on balconies. Guests will still be able to smoke in the casinos. Communities from Ketchum, Idaho, to Fort Collins, Colo., have clamped down on e-cigarette use, also known as “vaping,” including in hotel rooms. At least three states — North Dakota, New Jersey and Utah — restrict e-cigarettes statewide, according to the American Nonsmokers’ Rights Foundation.

And even though the recreational use of marijuana is now approved in Washington and Colorado, the travel industry hasn’t exactly welcomed weed tourists with open arms. In fact, there’s a considerable amount of confusion about where visitors can light up, or, for that matter, how to even wrap things up. Some tourists are reportedly leaving their stash in their rental cars in Denver before flying home.

Smoking can be expensive if you’re running a hotel. Marti Mayne, a lodging industry consultant, says that smaller inns, like bed-and-breakfasts, can suffer as a result of illicit smoking. “It means that every single piece of bedding and towels must be removed and washed, rugs will have to be steam-cleaned, as will curtains, lampshades and anything else that might be fabric and can absorb the smell,” she says. The cleaning takes time, too, which means that the room must be taken out of inventory. That loss, which Mayne says could be anywhere from 10 to 50 percent of an inn’s revenue, is a “double whammy” of financial loss and cleaning expense.

But where some travel companies see cost, others spy an opportunity.

Take car rental companies. As they’ve cracked down on customers smoking in their vehicles, they’ve revved up their cleaning fees, according to Jordan Perch, a transportation analyst for the Web site DMV.com. The average fee for a car rental cleaning is $250. The going rate for a top-of-the-line car detailing is $150, which means that a car rental company can pocket the difference.

“Considering that the most expensive rates for a daily rental are somewhere around $100, if you rent a car for a day, the potential fine for smoking in it would cost you more than double that amount,” he adds. “That does seem a little irrational.”

But not as irrational as customers who are charged for something they didn’t do.

Consider what happened to Angelo Figueroa when he rented a car from Budget in New York recently. “When I returned the car, the representative mentioned that it smells like smoke and asked me if I smoked,” he says. “I said no.”

The agent then conferred with another employee, who “confirmed” the smoky smell. The agent said she would charge him $70, even though the normal fee was $250.

“I told her I don’t smoke, and that I’d dispute the charge, and I’d like to talk to a manager. The second employee told my agent, ‘Just charge him $250 then,’ ” Figueroa remembers. No manager was available to speak with him. A $250 charge then appeared on his credit card bill.

Figueroa, an attorney based in Cleveland, complained to New York’s Department of Consumer Affairs and received an immediate refund.

Stories like Figueroa’s and Osmus’s should be encouraging to other travelers. Even though travel companies seem to be capitalizing on our alleged tobacco use, your odds of disputing the charges are fairly good.

Sometimes, all it takes is a little perseverance.