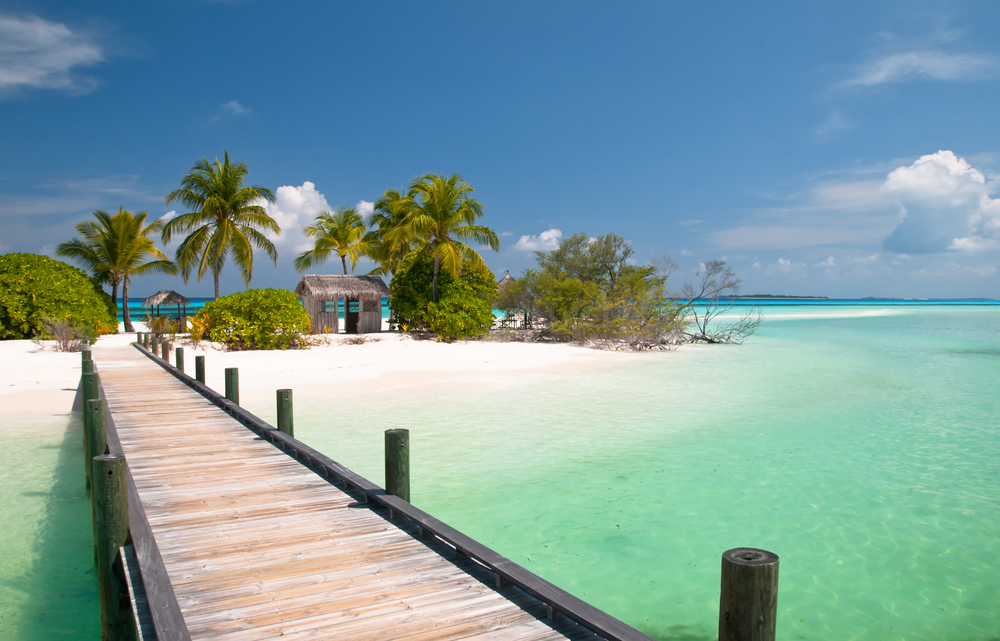 In case you missed the ads, the “Sandals difference” is that this chain of all-inclusive “luxury” resorts offers “the most romantic getaways with more quality inclusions than any other luxury beach resort.”

Well, Camille Desroches and her husband, Vincenzo, looked closely — and they didn’t like what they saw. They’re asking me to be their advocate and persuade Sandals to offer them credit for a do-over.

As a reminder, this is our weekly installment of Should I Take The Case? — a completely unvetted reader problem in which I ask you if I should be the advocate. haven’t contacted Sandals yet, but I will if you tell me I should.

The Desroches, who have been to a different Sandals resort before, stayed in a concierge club level room at Sandals Royal Bahamian in November. Things did not go well.

“It was a very stressful vacation,” says Camille Desroches.

To start, the overall staff is unknowledgeable. We were given the runaround many times and wrong information as far as which restaurants were available to eat at, what the dress code was, how to go about making dinner reservations, and even what time our airport shuttle was to depart (we almost missed our flight home because of this).

The majority of the food and beverage staff, particularly bartenders, were very rude and unhelpful. During dinner a couple of nights, we asked our server if a particular dish was spicy; both nights we were answered with “I have never tried it, I do not know.” Instead of finding out for us, he rudely asked us again what we wanted.

One night during dinner service, dinner was spilled on Vincenzo. Instead of receiving an apology, the server quickly walked away with a nervous laugh. Another night, when ordering champagne, I was served champagne with a dead cockroach affixed to the glass. Again, no apology was offered.

Secondly, our Club Sandals Concierge experience was nothing like described. To start, we never received a “personalized resort orientation.” After we checked in, we were told to follow a concierge from the lounge to our room – we were never shown around property or told when an orientation would be available.

Also, we were never issued a “specifically made Club Sandals room key” – we noticed that non-Club guests were utilizing the lounge. Through conversation with other guests, we learned we were never invited to the returning guest Wednesday night dinner or given our returning guest gift (we had to request it and be persistent about obtaining it).

We were very surprised to learn that those coming from the local cruise port could purchase a day pass to be on property. Not only did it bring in a rowdy and rude crowd, but we were not given the type of service we deserved because of it. It significantly increased the lines at all of the bars and restaurants.

On Friday, we were unable to make the 11 a.m. ferry because of the influx of day pass guests. We also had a thirty-minute wait for lunch at Stew Fish and Royal Café. Through conversation with people in the hot tub, we learned that there was a 60-person group which was on a singles cruise. Also, their travel agent solicited us. We were told to “call her for our next trip and she would get us a better deal for a Sandals resort” and she handed us her business card.

It upset us that we were solicited while on resort property from someone who co-coordinated a singles cruise, when Sandals prides themselves on being a “couples only” resort.

We tried to make our trip better a few different times by speaking with the concierges. The first night we were there, we asked if we could pay to upgrade to a butler level room. We were told that they were completely unavailable and they would let us know if that changed over the next eight days.

On the fourth night, after we found out about the day pass guests, we spoke to the concierges about our concerns and frustrations. We asked if we could transfer to Sandals Emerald Bay. We were told that there would be a fee and we would have to pay for our airfare there.

In the end, the couple persuaded Sandals to transfer them to its Emerald Bay property for the last day of their vacation.

Still, that doesn’t sound like the “Sandals difference”. The Desroches believe Sandals should offer them a stay at another Sandals property at no cost. I suggested they send that request to Sandals.

Please accept our apologies for any inconveniences you have encountered during your stay at Sandals Royal Bahamian hence the cause for relocation to Sandals Emerald Bay.

We fully appreciate the importance of a vacation at our resort and understand your disappointment at having encountered the difficulties you have outlined. Please be assured that we take comments of this nature extremely seriously, as this is the means by which we are able to amend any possible shortcomings in our vacation package.

Mr. & Mrs. Desroches, we sincerely regret that circumstances which initially necessitated you to write. Clearly there were a number of situations encountered throughout your stay that were not reflective of previous Sandals stay and not reflective the true Sandals Resorts hospitality, I have since met with the relevant managers who has assured me that other guests will not encounter the same.

It is our sincere pleasure to extend to you our goodwill gesture of two (2) credit nights, a voucher will be sent to you under separate cover (restrictions apply).

Is a two-night voucher and an apology enough compensation for what happened to the Desroches? They don’t think so.

I’m not sure. Did they get the “all inclusive” vacation they hoped for? Without a question, no. There were many service lapses. Should Sandals have to offer them a new vacation? I’ve seen do-overs in the past, but they’re rare.

I’m much more concerned with the way in which Sandals appears to have handled this couple’s initial grievance. By their account, no one took their issues seriously until the very end. That’s troubling.

If I bring this case to Sandals’ attention, it might result in a few extra days’ compensation. But something tells me the root of the service problems that led to this complaint will remain unaddressed.