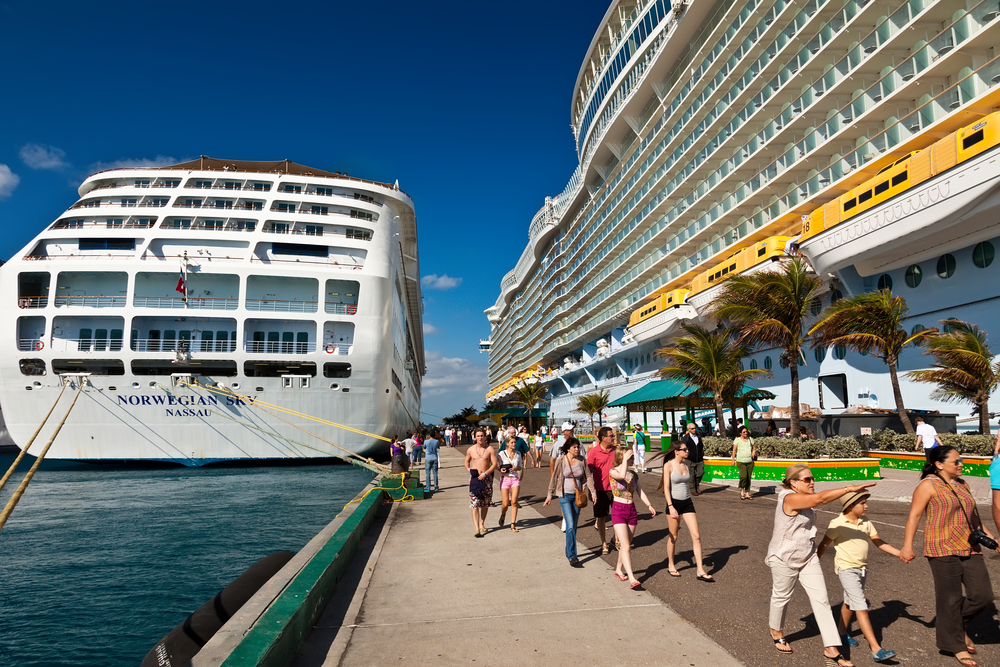 Today’s story of corporate intransigence comes to us courtesy of Royal Caribbean. At least it does if Kara McMonagle is to be believed.

And based on what I’ve seen, and my own experience of dealing with cruise lines, I believe her.

In 2012, she booked a cruise to Alaska for her, her husband and her parents. But shortly before her cruise, her mother shattered her femur and couldn’t go. The family rescheduled the cruise for last year. “But she is still unable to go,” she says.

Now what? McMonagle asked RCCL for a refund, and a cruise line representative suggested to her in writing that she’d get her $14,000 back. But then she received some bad news: Since she’d canceled her American Express card, the money would remain in limbo.

We can only refund the original form of payment reflected on reservation regardless of the status of the cards and can only issue check refunds if and when the card issuer has returned the processed refunds to us.

Additionally, American Express does not return processed refunds, thus, the credit card issuer would need to issue the refunds received to the card holder’s new credit card / account or at their discretion.

In other words, RCCL sent the money back to her card, but her card may do what it wants to with the money. Whatever that something is, it’s not the cruise line’s problem.

That was unacceptable, of course. McMonagle spoke with an RCCL representative by phone, who told her the cruise line would figure out another way of getting the money to them.

“She specifically stated it would not go back to that card,” she says.

McMonagle asked her credit card about the refund. Here’s what a representative told her:

Refunds should NOT be issued to the cards once they are terminated. The way our system works is that refunds issued go to a general account and then get moved to the appropriate cardholder.

Since you no longer have the cards, this money will just sit in the general account. It can easily take over a year for the funds to then be returned to the merchant once we determine that you are no longer a cardholder.

It is quite a mess and ultimately we do not issue checks to you; we return the funds to the merchant to handle, which can add even more months to the process.

But that hasn’t happened — at least not yet.

After a series of follow-up calls, RCCL canceled the new cruise and issued her refund to the closed card anyway.

“We actually had asked that nothing be canceled until we could guarantee the refund would not go to that card,” says McMonagle. “So now we have a canceled trip and no refund.”

RCCL’s policy, which is in line with that of most other companies, is that “all monies paid will automatically be processed back to the original form of payment.” But that assumes the customer wants to cancel, and it also assumes there will be provisions made for customers whose cards are canceled.

RCCL stopped responding to McMonagle’s queries, at which point she reached out to me in exasperation. I reviewed the correspondence and I agreed with her — RCCL was jerking her around and it remained unclear who, exactly, had the $14,000.

One thing that was unclear to me — and this might actually explain the missing refund — is that someone at RCCL recognized that, in the end, she wasn’t entitled to any refund at all. The timeline on the request was a little unclear. Was she within the cancellation window? It’s possible that, upon further review, RCCL determined she wasn’t, and then simply shut down its correspondence.

I contacted RCCL on McMonagle’s behalf. The cruise line did not respond to me.

Should McMonagle have purchased travel insurance? Sure. Should she have kept her card active while she was seeking a refund? Absolutely.

It’s been a year since the McMonagles were supposed to take their cruise, and I’m holding out hope that the money may be moved from the general fund into their correct account. But then, I’m an optimist.

In the end, this may be about a big cruise line keeping your money just because it can.

I expected better from RCCL. Much better.