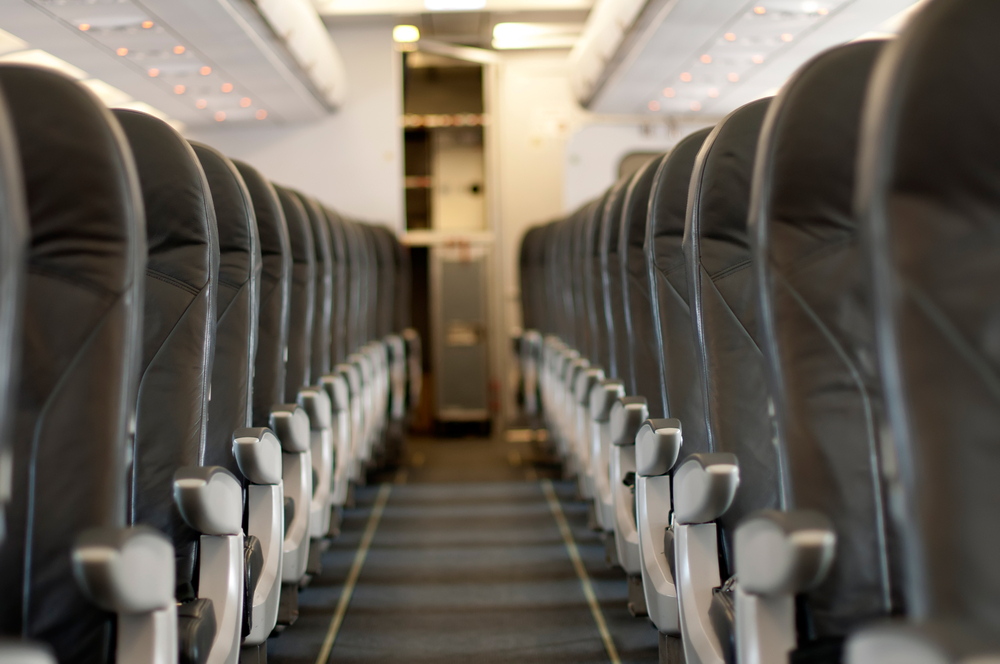 It’s not your imagination. Airline seats are shrinking.

A wave of air-rage incidents has exposed the problem like a threadbare economy class seat on an aging puddle jumper. A Delta Air Lines flight from New York to Palm Beach, Fla., recently made an unscheduled landing in Jacksonville after two passengers scuffled over a reclining seat. It followed two similar altercations a few days earlier, both of which also involved seat-related altercations.

“Airlines are aggressively reducing seat and passenger space to squeeze more revenue out passengers, despite health and safety being threatened,” says Paul Hudson, president of FlyersRights.org, an advocacy group for air travelers.

Syndicated columnists and TV comedians have summarized the problem succinctly, and often amusingly. But instead of finding a fix, they’ve been obsessed with assigning blame to passengers, airlines or both.

Actually, the solution involves none of the above. Instead, it’s as simple as developing minimum seat comfort standards and enacting common-sense government regulation to enforce them.

“Airplanes are configured for rage,” says Margaret King, director for The Center for Cultural Studies & Analysis, a consumer-research organization based in Philadelphia. “Designers just didn’t do the math on the personal space as part of the human factors involved on board.”

So let’s run a few numbers. There are two that could stop the madness: 34 and 18.

The average “pitch” — an industry term for the amount of space between airline seats — is somewhere between 30 and 31 inches in economy class today. Returning seat pitch to its pre-deregulation 34 inches would help avoid future seat-rage incidents, say experts. Even airlines quietly acknowledge it’s a humane amount of legroom when they refer to premium coach seats with 34 inches of pitch as “comfort” class. Likewise, 18 inches across is about the right size for a seat cushion in coach. Anything less, and you’re jostling for armrest space or bumping your knees up against the seat in front of you.

If the seat designers didn’t do their math, then neither did the airlines. Over the years, many carriers have quietly moved the seats closer together, reducing both seat pitch and cushion sizes, and insisting that their customers demanded it. How so? They claim that we only wanted cheap fares and were willing to sacrifice space for it. But they didn’t have any compelling numbers to back that assertion.

Truth is, as a consumer advocate, I’ve never received a request from a passenger to reduce the amount of space on a plane. No one ever asked to be squished into a seat in exchange for a deal. Airlines just assumed their customers didn’t care about comfort — something we now know isn’t entirely accurate.

Time is running out to find an acceptable solution. As the events of this summer suggest, passengers’ patience is limited.

“If you want to start a revolution, take away enough basic amenities from the population to anger them to a point of outrage,” says Ramani Durvasula, a Los Angeles-based psychologist and author. “The airlines kept taking and taking, and since most of us can’t get across the country or the ocean any other way, we let them.”

That must end. One fix is for a pro-consumer U.S. Senator to slip a sentence in the next FAA Reauthorization Bill, asking the Transportation Department to establish minimum seat space standards. FlyersRights.org is also pushing for legislation that would require the FAA to set seat standards.

By the way, that doesn’t necessarily mean airlines will be forced to give up valuable space and the potential revenue that comes with it. Several seat design concepts take into account available room and offer ample comfort to air travelers. Fitting more passengers on a plane and the right to a comfortable flight “don’t need to be opposing ideas,” says Joshua Zinder, a Princeton, N.J.-based architect who specializes in sustainable design.

“A well-designed seat should allow airlines to increase passenger counts and passenger comfort and as a result allow them to get the most for their fuel and expenses,” he says.

I never thought I’d use the words “win-win” in the context of airlines and passengers. But there’s a first time for everything.

How to stay comfortable on your next flight

Take a deep breath. Space may be tight, but stress can be the spark that ignites a confrontation, say experts. “If you already have anger issues, the smallest inconvenience can cause you to act irrationally, explosively, and with a childish and entitled sense of self,” says Steve Albrecht, a San Diego psychologist. Bring a good book, load a movie to your phone or sleep if you can.

Ask before you lean. The space on a plane is shared, and that includes the room between you and the passenger behind you. If you must recline on an overnight flight, ask the person behind you if it’s OK. Do not jam your seat all the way back without a warning. You could injure a passenger or damage their property, like a laptop computer.

Resolve, don’t retaliate. If the passenger in front of you reclines thoughtlessly or the one next to you pushes your elbows off the arm rest, politely mention the fact that the interior of an aircraft is a communal space and ask that person to share. If that doesn’t work, ask a flight attendant to reseat you or to mediate your dispute. Throwing a drink in that person’s face will probably get you kicked off the flight. Remember, until minimum seat space standards are changed, we’re all in this together.