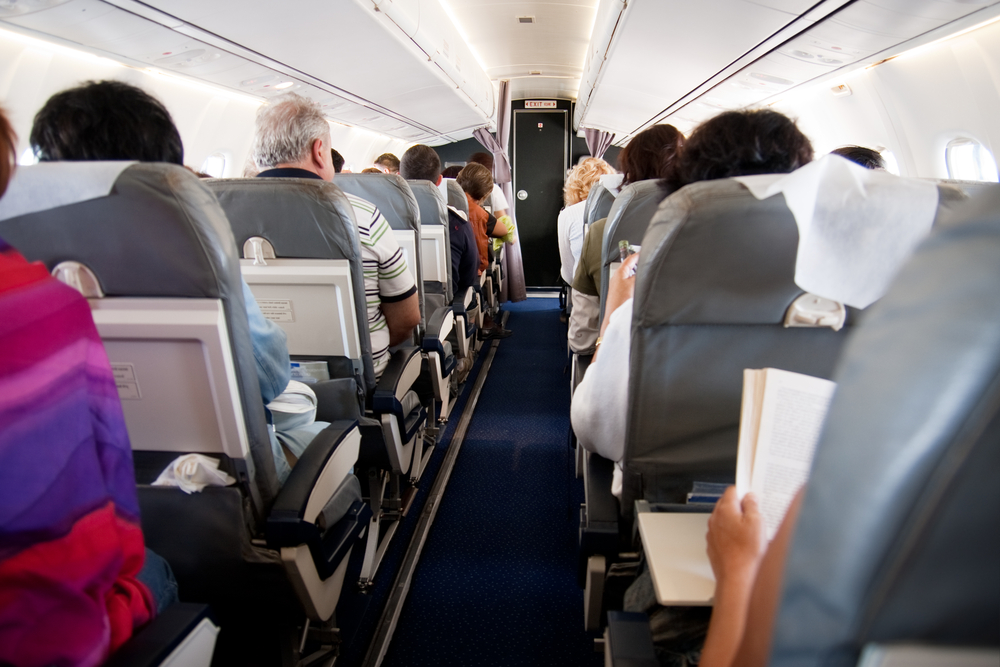 Bob Bradenbaugh thought he’d booked an economy class seat when he flew from Miami to Barcelona on American Airlines recently. It turns out he’d only bought half a seat.

“The spacing was so bad I had to remove my book from the seat pocket to keep my knees from hitting it,” says the 6-foot, retired federal law enforcement agent from Plantation, Fla.

Bradenbaugh is like an increasing number of travelers who assume they’ve paid for a full product, but received only part of one. Whether they’re flying or staying at a hotel, they soon discover the travel industry’s latest, and most audacious, scheme: selling you something you thought you already purchased.

American Airlines is a perfect example. The airline once tried to entice customers by creating a roomier economy class section called “More Room Throughout Coach.” The steerage seats had a humane amount of legroom, roughly the same amount as before airline deregulation. Then it pivoted with the rest of the airline industry a few years ago, pushing the seats as close together as possible and selling the “option” of a roomier coach-class seat, called Main Cabin Extra.

Customers like Bradenbaugh had little choice. After he arrived in Spain, he visited the American Airlines site and reluctantly forked over $260 to “upgrade” two seats to the “Extra” cabin.

But airlines are by no means alone. Earlier this year, the Federal Communications Commission fined Marriott $600,000 for blocking personal wireless hot spots at the Gaylord Opryland Resort & Convention Center. The property reportedly used a company called Allot NetEnforcer, which promises to increase revenue with “tiered Wi-Fi package upselling.” Among its claims: It helped the Gaylord create service plans running as slow as 256 kbps. Marriott denies any wrongdoing and says it was just clamping down on “rogue” hot spots.

But who hasn’t checked into a hotel recently, logged on to the “free” Wi-Fi and found they didn’t make much of a connection? No worries, you can always “upgrade” to a faster option — for a small fee. Isn’t that the same thing as selling you half an airline seat?

Likewise, isn’t it half a hotel experience when you have to pay a mandatory “resort fee” to cover the costs of the fitness center, pool, and “free” Wi-Fi? Yet these fees continue to be routinely, and legally, added to hotel bills.

What’s behind this? The conventional wisdom says removing amenities and then selling them back at a premium is just good business. “Airlines are bringing in billions every year in additional fees, but they really need these fees to stay profitable,” says Jay Malik, a financial adviser and frequent traveler. As a benefit, prices are lower and customers can choose to buy only what they want to use, such as a larger seat or a checked bag.

But the conventional wisdom overlooks a few important facts. Many travelers are given the impression that they’ll receive a complete product, initially. They only discover on the day of check-in that they’re going to have to fork over their credit card again to reserve a seat or print a boarding pass. Also, claims that these half-products are keeping travel affordable are difficult to substantiate. When many of these so-called “a la carte” fees debuted, companies didn’t unbundle their prices by lowering their fares immediately. They just added the fee.

As for the lowered costs, that isn’t always true, say some travelers. Peggy Barrett lives in Cincinnati and often flies to Tampa. Even in economy class, she says the flights are expensive because Delta Air Lines has a near-monopoly at her home airport. The last time she flew to Florida, round-trip flights cost about $675, forcing many of her Cincinnati friends to consider flying out of Dayton, Columbus or Indianapolis to get a competitive price.

The two-hour flight itself was torture.

“The man sitting next to me in the middle seat had nowhere to put his legs,” says Barrett, a retired accountant. As a result, he sprawled into her personal space.

“It’s too bad the airline executives don’t have to go through what we lowly passengers do,” she adds.

How to avoid the extras

Fly or stay with a company that offers a more inclusive product. Many hotels include a fast and reliable wireless connection, and don’t charge resort fees. For example, Marriott’s Courtyard and Fairfield Inn & Suites include a high-speed wireless connection as part of your stay. JetBlue Airways and Alaska Airlines also offer a relatively fee-free flying experience.

Fight the fees. You can challenge some fees on a case-by-case basis. I’ve seen people with mobility issues convince an airline to provide them with a roomier seat. And I’ve talked my way out of pricey wireless fees. A polite visit to the front desk or check-in counter is often all that it takes.

Complain to the right people. Your elected representative needs to hear from you. They have the power to rein in travel companies when they misrepresent their products and force you to pay extra for something that should have been included.