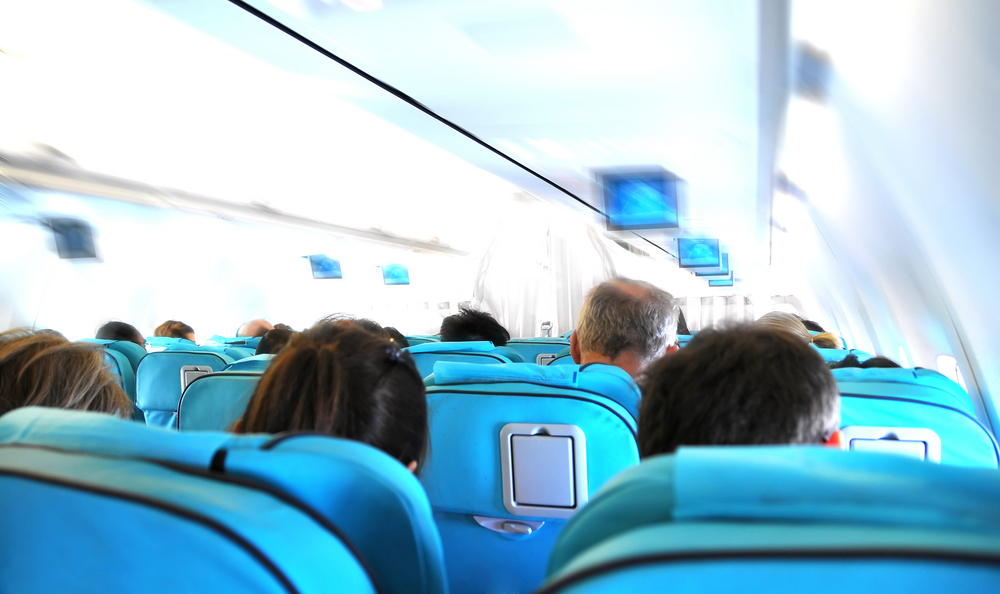 One of the most troubling travel stories of 2014 was a report that airlines are considering a new class of service — and I use the term “class” loosely — called economy “minus.”

These seats would have even less legroom and fewer amenities than those found in a standard coach cabin. JetBlue gave everyone a little scare last month when it announced plans to move its seats closer together and start charging for the first checked bag, so we know it’s not an abstract idea.

But ask passengers what they want, and they’ll tell you that while they love cheap tickets, they have no desire to be wedged into a seat with 28 inches of “pitch” (that’s a rough measure of legroom) or to have to pay extra for everything. It’s dehumanizing.

“I don’t want to be tortured,” says Judy Greene, a musician who lives in New York.

Durnford King, a TV writer based in Santa Monica, Calif., wonders, “What’s next, rolling passengers up in bubble wrap and packing them in like sausages?”

Here’s a better idea: Instead of adding economy “minus,” why not expand economy “plus” — the so-called “premium” economy class section that’s almost identical to coach sections before airlines were carelessly deregulated by the federal government in the 1970s? Consumers support the idea, and airline experts say it just might work.

“I want it to go back to the way it was,” says Willa Mathison, who remembers flying before airline deregulation and is now retired in Renton, Wash. Flying in economy class, she says, is almost unbearable, and she can’t imagine it getting any worse.

“We have cut back on our travel just because it has become such a miserable experience to be crammed in an airplane,” she says.

Mathison, like a lot of regular air travelers, says she’d be willing to pay extra to be treated better, but airlines make it hard. Premium economy seats cost about 85% more than regular economy seats when booked in advance. Business class is even pricier, and way outside her budget.

It’s as if airlines are giving her two choices: Fly in “torture” class or drive.

Travelers would be grateful to have some of the room back, and not just for comfort reasons. When Jan Hoover sits in economy class, she watches the flight crew demonstrate the “brace” position — lean forward, head in your lap, arms covering your head — for an emergency landing. She tries it.

“There’s not enough room,” says Hoover, a college lecturer who lives in Amsterdam, who notes she is a “normal-size” person.

Like many passengers, she feels the tight quarters in coach class are unsafe and that the government should mandate a minimum amount of space between seats.

But wouldn’t that raise the price of tickets? Not as much as you think, say experts. In fact, some airlines might benefit from eliminating their economy class sections.

Yes, if they had to remove economy class, it would hurt a little at first. Frank Werner, an associate professor of finance at Fordham University’s business school, estimates airlines would lose about 7% in revenue if they decided to cut economy class and replace it with premium economy.

“It would depend on how the airlines would price the all-premium-economy seats and how that pricing would affect demand,” he says.

Counterintuitively, he and economist George Hoffer think airlines stand to make more money in the long term by eliminating the uncomfortable seats, since it would take only a modest increase in airfares to compensate for fewer seats on each plane. But in order to work, the new seat standards would have to be government-mandated. American Airlines tried to offer more legroom in economy class in 2000, but failed when none of its competitors followed.

Hoffer, a transportation economist at the University of Richmond, says it costs less to transport fewer passengers, so there’d be some savings. But he also predicts that seat standards in economy class would make it more difficult for discount carriers like Allegiant and Spirit to compete, and thus for a new airline to break into a market. That would put the larger, more established airlines at an advantage. Yet if fares rose by just 7%, even passengers like Mathison could still afford to fly.

Airlines could stop the suffering in the back of the plane and continue making money. Plus, they could knock off a few little carriers everyone likes to complain about. Interesting idea.

Can we at least agree that economy “minus” should never happen? There are more civilized ways to turn a profit.

Find airlines with more legroom, for now. Some airlines still offer a civil amount of space, even in economy class. One of your best bets is to find planes configured for international travel flying domestic flights. Depending on the aircraft type, your seat may have as much as 33 inches of pitch.

Lobby for legroom. Tell your elected representative it’s time to draw the line and to set minimum seat standards on planes. Getting rid of what passes for economy class today would be a good start.