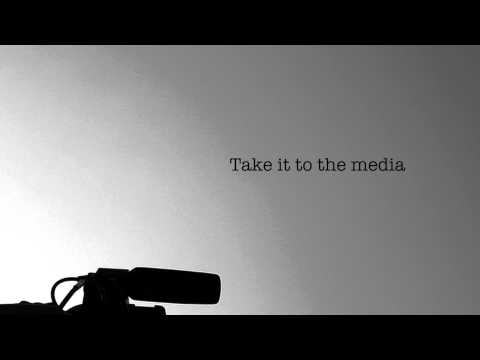 Note: I’m featuring a video at the top of each post in which I’ll offer advice or commentary related to the story. Please let me know what you think, and sign up for my channel. You’ll get a preview of the next post.

Aaron Fox is not the vindictive type. He’s a surfer, which, if you look it up in the dictionary, is synonymous with “laid back.”

But he felt anything but easygoing when he flew from Myrtle Beach, SC, to San Francisco on US Airways recently. The flight to South Carolina was uneventful; as the airline had done many times before, it allowed him to check his surfboard at no extra charge. But on the way back, a gate agent asked him for $200 to transport his board.

A “lengthy” discussion followed, with Fox insisting he wouldn’t have brought the surfboard from San Francisco if he’d known it would cost him a grand total of $400.

“Ultimately, they persuaded me to pay $200, with the shift manager guaranteeing we would get a $175 refund from US Airways customer service if we just submitted the information when we got home,” he says.

You can probably guess what happened next. Fox returned to San Francisco, asked for a refund – and was turned down flat in a form email.

“The fee for a surf board is $200 each way,” it said. “I am unable to honor the request you have made for a refund for that fee you received at Myrtle Beach because the fee is valid. For more information on our baggage allowance and special items, please refer to our website.”

I asked US Airways if that was their final answer.

“He was appropriately charged, per policy,” a spokesman told me. “I’m sorry for the confusion and his disappointment with the outcome.”

So Fox did what an increasing number of travelers are doing when they’re confronted by an intransigent airline: He exacted revenge by disputing the charge on his credit card.

“I feel like that’s a trump card consumers often forget they have,” he says.

Disputing a credit card charge can be a major inconvenience to a business, even a big one like US Airways. Each dispute requires a personal response from an airline, including documentation of the purchase. And the burden is on the business to prove the transaction is legitimate. Even if the customer doesn’t win, it can burn up enough of the company’s time to make it pay for its mistakes.

A related strategy – and admittedly, an extreme measure – is to simply cancel the credit card. I’ve run across that a time or two recently. This rarely works with a charge that’s in dispute (the bank will still find a way to charge you) but if there’s a recurring charge you’ve agreed to, with, say a fare “club” this can be a highly effective way to deny an airline its money.

Finally, an irritated customer can bring his or her case to the media, in the hopes they’ll write something about it. The court of public opinion can be an unforgiving place. (I know.) Obviously, that’s what Fox did – and obviously, it worked. Even if a customer is wrong — and customers are often wrong — the damage can be significant, in terms of negative PR points.

By the way, as a media guy, I try to stay out of the public shaming business. But it’s not always easy.

Interestingly, I’ve seen more customers take matters into their own hands than ever before. Maybe it’s a feeling of powerlessness that passengers like Fox have experienced, when dealing with an airline.

Maybe it’s just me, but something tells me that frustration is growing.