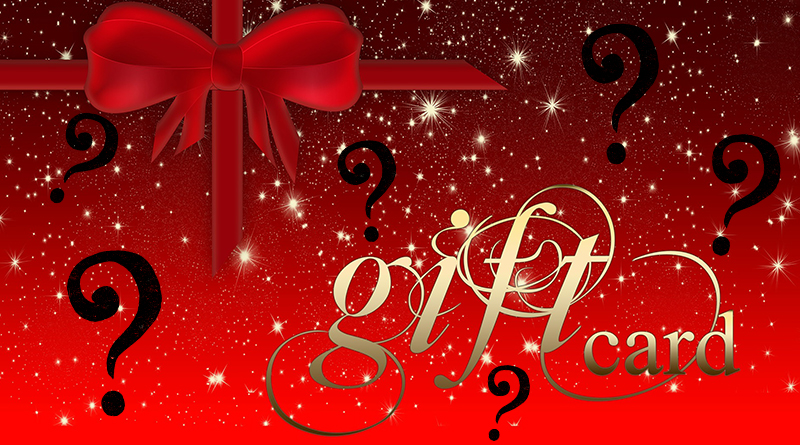 Did you hear about the guy who ordered a gift card that didn’t work? When he tried to exchange it, the company told him to get lost.

True story. How do I know? Because it’s my story.

I’d given my mother a $100 Amazon gift card for Christmas, and when she tried to buy a pair of shoes online, the code was “not valid.” I asked Amazon to help, and it deferred to a third party through which I’d purchased the card.

I’ll tell you how it all turned out in just a minute, but here’s the really surprising part: I’m not alone. As a consumer advocate, I received literally hundreds of “gift-card-not-working” cases. Companies issuing these cards — most of them closed-loop cards that can only be used at one company’s stores — appear genuinely perplexed at how to address the problem.

And that problem is: Gift cards are being abused by a small but apparently growing group of hackers and cheats, who bend or break the rules to maximize the value of the cards. If a business catches even a whiff of wrongdoing, it not only cancels the cards but also often keeps the money. And that’s fine, as long as they only do this to the bad guys. Lately, though, they’ve caught some innocents in their dragnet. I’m one of them.

Part of the problem is that gift cards look the same on the outside, but can be quite different under the hood. As I was trying to resolve my own invalid gift card case, a representative from the third party through which I’d received the card said that a company like Starbucks allows you to pull up your balance on a card and gives more detailed information on how the credit was redeemed; Amazon, on the other hand, will only reveal if the card is valid.

There’s a reason gift cards are dumb. It’s in a company’s best interest to treat each card as if it’s cash — which is to say, to keep the cards as unsophisticated as possible. Certainly, the technology exists to track each purchase and to secure a gift card with a “smart” chip, but that wouldn’t really benefit the company in any way, since it would ultimately lead to a higher redemption rate by customers. The gift card “spillage” rate is somewhere around $1 billion a year. Ideally, companies want to keep your money and not give you anything for it, although they’ll never admit it.

Customers often assume that their gift cards are like credit cards, with built-in security and the ability to cancel and reissue. But after hours of phone conversations with representatives and some extra research, it became clear that the exact opposite is true. Gift cards are more like businesses that decide to legally print their own money and make up their own rules about it.

Steve Sultanoff, a psychologist based in Irvine, Calif., and a heavy gift card user, has learned these truths the hard way. Over the past almost 20 years, he’s bought and sold plastic, and he estimates that he currently has about $3,000 worth of cards.

“I have lost money many times,” he says. “There are several reasons why gift cards go bad but most of those involve buying from a third party. In all those years I have never had a problem with a card purchased directly from the company.”

How to beat the system

Experts have a few tactics at the ready that prevent their cards from becoming worthless, apart from understanding how companies view gift cards and buying the cards directly from the company.

Closely inspect the packaging when you receive your card. “If the packaging looks tampered with or the PIN is revealed, turn the gift card in to the cashier and pick a different card,” advises Shelley Hunter, a card expert at GiftCards.com.

Also, check the activation receipt you receive to ensure the gift card number listed on the receipt matches the gift card you receive. If it doesn’t, alert a manager to the mismatch and ask for another card, says Hunter.

But anyone who wants to beat the system by using gift card tricks to earn money ought to think twice. Any loophole that’s created will be closed, and when the door slams shut, a lot of regular customers will lose their money, too. Do you want to endure those losses?

How I fixed it

My case was a little complicated. I’d purchased several $100 gift cards through Wells Fargo Rewards, to be used as presents. I do my banking through Wells Fargo, and it automatically enrolled me in its rewards program. Although I’m a loyalty program skeptic, I felt as if I really had no choice in the matter, but that’s beside the point.

Of the nine cards I ordered, one of them didn’t work. It happened to be the one I sent to my mother as a Christmas present. I contacted Wells Fargo Rewards for help. Several days later, it said it had “resolved” the problem and that I needed to speak to Amazon.

Not true, an Amazon representative told me. The card didn’t work, she confirmed, but couldn’t reveal if it been redeemed and if so, when. She kicked me back to Wells Fargo. I asked Wells Fargo for help again and this time, a supervisor referred me to Amazon yet again.

Eventually, I started a paper trail with both companies and Wells Fargo issued a new card, which it sent directly to my mother. (And Mom — I’m sorry about the card!)

I have many dozens of cases where things didn’t go as well. The card balance vanished and it was gone forever.

Businesses have created gift cards to benefit themselves, not us. Looking at the problem of gift card abuse from their perspective, it’s understandable that they would tell a customer to get lost when a card doesn’t work. And technically, they didn’t tell me to “get lost” — at least not in those words — but that’s the message I received.

So remember: Gift cards are like cash, only worse. They only work with one company. They are primitive, at least compared with many other payment methods, and that lack of sophistication benefits the company entirely. Unintelligent payment mechanisms can be manipulated by clever, ethically-challenged consumers. When that happens, companies always assume the worst.

If you have to buy a gift card, get it directly from the source. Better yet, don’t use one at all.

I’m republishing this cautionary tale so you don’t make the same mistake this holiday season. Please heed my warning.