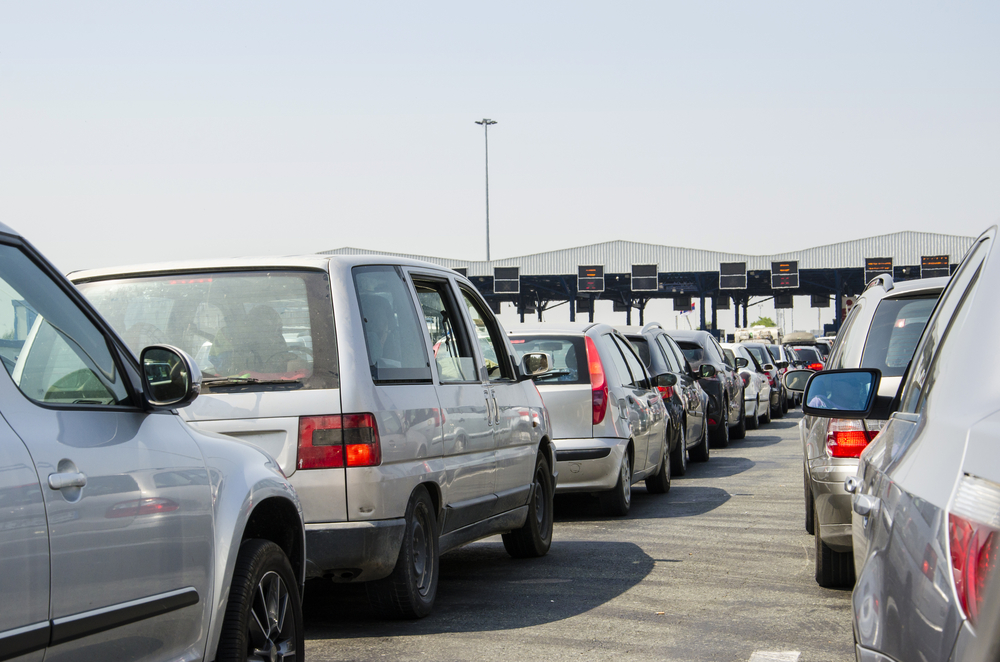 Ask Beth Souther to name her favorite travel gadget and she’ll tell you about her recent road trip from Wilmington, N.C., to Byfield, Mass.

On Interstate 95, traffic ground to a halt at predictable intervals as drivers waited their turns to pay a toll. But Souther, a media coach from Wilmington, had packed her E-ZPass transponder, which let her access an express lane. She settled her bill without slowing down.

“On a trip of that length, the transponder saved an hour or more,” she says.

Ah, toll roads. There are more than 5,000 miles of them in the U.S., according to the International Bridge, Tunnel and Turnpike Association. If you have to stop and pay, they can be a massive source of stress and a major irritant. But with a little advance planning — and the right transponder — you can soar to your destination faster.

Surprisingly, many motorists haven’t bothered with a transponder and continue to fumble for loose change when they encounter a toll booth. Only one-third to one-half of drivers use these convenient payment systems.

Which transponder do you need? For now, it depends on where you’re headed, and for how long. Travelers in the Northeast will need an E-ZPass. In the South, and particularly in Florida, SunPass is the dominant system. Some highways in the United States have “open road” or booth-less tolling, which let you register your plates instead of buying a transponder.

Richard Frisbie, who owns a publishing company in Saugerties, N.Y., swears by his E-ZPass, which lets him skip the lines at toll booths in New York’s Hudson Valley and points beyond.

“I use E-ZPass to travel all over New England,” he says. “Whether I’m flying out of New York, New Jersey or Boston, my E-ZPass covers all the tolls and the long-term parking.”

I’m on the road about 300 days a year with my family. And when I say “road,” I literally mean road. We rarely fly. We’ll probably do a few cross-country trips this summer. We’ve owned several SunPass and E-ZPass transponders. The windshield of our Honda looks like an octopus is being held captive. It’s dotted with suction cups.

My best toll tip? Other than that we should hire a really good lobbyist to persuade Congress to eliminate toll roads, it’s to know which transponder goes where. For example, what do you display in Washington, D.C.? For now, the answer is E-ZPass.

But let’s skip right to the good news: There’s a federal mandate requiring all states to have interoperable road tolling systems by next fall. In other words, your transponder will work anywhere in the United States.

“Tolling agencies throughout North America are establishing joint agreements to allow you to use the transponder in your car in multiple states,” says Michael Wilson, managing director at Accenture Transit and Tolling Services for North America. Already, you can find transponders that work across multiple tolling systems — for example, a SunPass transponder also works on toll roads in Georgia and North Carolina.

And there’s even more good news down the road. Mobile tolling apps such as PToll (ptoll.com) are available now in Colorado and most of Texas, which let you register your rental’s license plates through an app on your smartphone and make payment arrangements. PToll charges a 15 percent toll “convenience” fee to use it. The Illinois Tollway is also testing a smartphone application that would allow you to pay tolls by phone as your vehicle passes under a toll plaza. These technologies are a bridge to what are commonly referred to as connected vehicle platforms.

Already, a company called TransCore is offering something called a Universal Toll Module, which would be integrated into the vehicle manufacturing process. Systems like these would allow you to skip the transponder entirely and download a tolling app directly to your onboard navigation system. Toll booths would also be rendered obsolete, since toll charges can be registered based on tolling points identified by GPS markers on toll roads.

Imagine that — a summer road trip without having to stop and pay a toll. Now, that would be a break.

• Go big. E-ZPass is the most established and widest-used tolling system. If you live in the Northeast, you need one of these. It’s accepted in 15 states from Illinois to Maine, south to North Carolina. Initial cost: $0 to $2 a month, with certain restrictions, depending on which state you buy it in.

• Try a creative solution. You can buy two transponders, adding a SunPass. The second-largest compatible tolling system is in Florida, Georgia and North Carolina. If you’re looking for maximum compatibility, check out North Carolina’s NC Quick Pass, which works from Florida all the way up to Maine and as far west as Illinois.

• Wait. If you’re in California, and use a system like FasTrak, you’re probably better off holding on for transponder interoperability, or buying a second or third transponder.