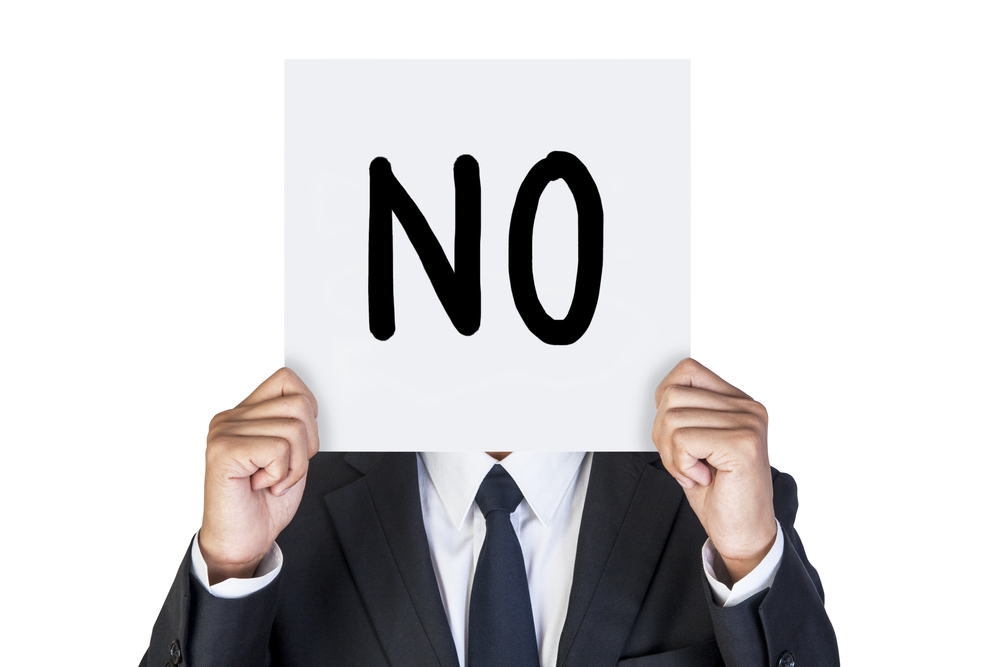 The travel industry’s favorite new word seems to be “no.” Sergio Lopez knows that. So does Melanie Channick.

“No” is used almost reflexively, which is a little jarring for customers who still think of travel as being part of the hospitality business. No, you can’t have a refund. No, we won’t drop our claim. “No” doesn’t have to be the final answer, but if it is, you should expect a reasonable explanation for the rejection.

Lopez and his fiancee were on their way to Iceland earlier this year when they missed their flight by a few minutes. The package tour they’d bought through Icelandair included accommodations, meals and tours, but when they failed to catch their flight, they forfeited not only their airfare but the entire vacation. The airline canceled the full package, all $2,352 worth of it.

The couple was flying to Iceland to get married. “We had booked a photographer, a priest, a church and an additional hotel,” says Lopez, an engineer from Orlando. They asked an Icelandair representative if they could pay for a later flight, but the airline held firm. Appeals were pointless, and even when I asked, the answer didn’t change.

“He was a no-show for the flight,” says Michael Raucheisen, an Icelandair spokesman, who added that Lopez’s package vacation was “non-refundable.” Indeed, the cancellation terms were clearly spelled out in Lopez’s cancellation documents, and by booking the vacation, he had agreed to them.

Channick, a Philadelphia computer science teacher, is also contending with a hard “no” — regardless of how often she asks. She rented a car from Enterprise in Ambler, Pa., earlier this year, but before she drove off the lot, she gave the vehicle a close inspection.

“I pointed out several areas on the car bumper where I noticed some minor damage,” she says. “I was told that those were considered undercarriage damage and not to worry about it.”

She should have worried. She dropped the car off after-hours, so no one from Enterprise could check her back in. A few days later, she received a call claiming that the company had found “minor bumper damage” to the rental.

“I know for a fact that I did not cause any damage to this vehicle,” she says. “I drove it very carefully and was sure to park it away from other vehicles. Enterprise simply sent me a bill for over $900, no estimates or anything. I feel I am being unjustly targeted.”

Despite repeated requests from her and a query from me, Enterprise also held firm.

“The damage is significant and not something that could be missed on checkout,” says Enterprise spokeswoman Laura Bryant. “In addition, prior rental agreements do not show anything on the rear bumper.”

In both those cases, the travelers turned to me for help because they felt that the explanations the companies offered were incomplete or inadequate. And experts say that’s one of the keys to an effective “no” — explaining why a customer’s refund is denied or their credit card charged for damages.

“It is very difficult — and counterintuitive — to say no,” says Greg Geronemus, the co-chief executive of SmarTours, a New York-based tour operator. “It can be difficult for our clients to understand, but it is unfortunately necessary to do so.”

It’s important, he notes, to give a customer who’s asking for a full refund a crash course in the economics of package tours. Each component comes with its own terms and conditions, which is something the average traveler may not be aware of. “That can be tough for some clients to appreciate,” he says.

The trick isn’t just explaining the reason for a policy but making the explanation sound reasonable, says Todd Castor, a senior director at Marriott International. For example, though change policies at Marriott’s hotels are usually flexible, allowing guests to cancel their reservations up to the day of their scheduled check-in, its vacation rental products are more restrictive.

“At times, this can lead to some challenging customer service scenarios,” he says. “But more often than not, we’ve found our customers are very understanding, as guests are willing to accept more restrictive cancellation and change policies in exchange for the convenience and savings.”

In other words, a simple “no” without explanation, or a denial because of a written “policy,” is just going to upset a guest. But a “no” with a polite and reasonable explanation is likely to soothe an angry customer and may help the company.

Christel Shea, who has worked for two tour operators and is now the editorial director of the review site TourMatters.com, also points out that flexibility on the traveler’s part, such as accepting a credit instead of pushing for a full refund, can sometimes lead to a resolution. “Travelers who will only accept one solution box themselves out of a compromise,” she says.

The reason for turning down customers isn’t too difficult to guess: It’s money. Across the travel industry, many businesses are having their best year in a long time. (Some, like the airline industry, are predicting record profits.) Meanwhile, industry consolidation is reducing competition, meaning that you have fewer choices. Companies know the economics, and that they are in a seller’s market.

But “no” doesn’t have to be the final answer. After unsuccessfully disputing his credit card charges, Lopez, for example, is taking his case to small-claims court in Florida. “I have not given up,” he says.

This fall, you may hear “no” more often, but you should expect a reason for it. A company should either offer a plausible one — or change its answer.