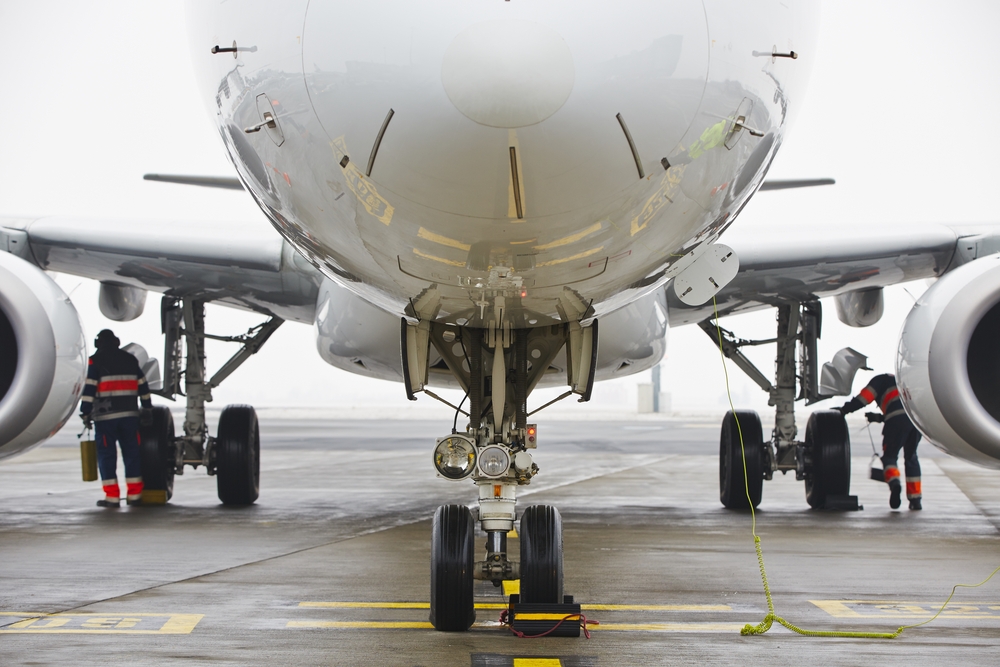 It is perhaps one of the most glaring double standards in the travel industry: An airline is under absolutely no obligation to keep its schedule. But they punish passengers with change fees and fare differentials if their plans change.

Erin Taylor knows. She contacted me recently after she and her husband flew from Los Angeles to Philadelphia on American Airlines. The occasion of their visit to the City of Brotherly Love? A graduation ceremony.

“The connecting flight we had in Columbus was to be on US Airways,” she says, “But they never notified us that the flight had been canceled.”

The Taylors waited in the terminal until a half hour before the plane was supposed to leave, and finally asked the gate agent. That’s when they found out the flight was canceled and that they’d been scheduled to fly to Philly at 5:30 p.m. the next day. (My eagle-eyed editors have noted that US Airways offers multiple flights a day between those cities and add with some skepticism that this must have been a very busy day for travel.)

“That was unacceptable,” says Taylor. “I had a graduation ceremony to attend the next morning.”

American told her that was the best it could do — take it or leave it.

“We ended up forking over $230 each to take a Southwest flight that night from Columbus to Baltimore,” she says. “So we ended up making the graduation after all, but it was a very stressful experience that involved a significant additional outlay of cash on our part to make it work. Not to mention the fact that we lost the night in the hotel in Philly and still had to pay for it.”

Taylor wonders why American didn’t do more, or wasn’t required to do more.

As always, the first step is to ask. Normally, an airline will reveal the reasons for a cancellation and will tell you why it isn’t obligated to do anything, even if you disagree with its reasons.

Here’s what the airline had to say:

On behalf of US Airways and our contract carrier Republic Airlines, I apologize for the difficulties you encountered. Our records show your flight was canceled due to Air Traffic Control (ATC).

Air Traffic delays and cancellations can be the result of weather or congestion at your destination or origin city, or weather en route. These interruptions are similar to freeway congestion where an earlier situation can cause delays long after the initial incident has been cleared.

When these kinds of issues occur, Air Traffic Control will decrease the number of take-offs and landings which they believe can be safely allowed. This can cause backups in flight schedules for the remainder of the day and, ultimately, may lead to cancellations. In these types of situations, ATC determines the flow of traffic.

I realize it was disappointing for you. Since this was not a situation that we could have prevented, I will be unable to offer you compensation or reimbursement of any incurred expenses, but I’m again sorry for the inconvenience it caused you.

Ms. Taylor, we look forward to providing a more pleasant flying experience in the future. Thank you for choosing US Airways.

The freeway analogy is interesting, since Taylor is from the LA area. Suppose she’d been stuck in freeway traffic on her way to LAX. Would American have allowed her to take the next flight at no extra charge?

Perhaps. But I’ve run into too many passengers who were forced to either pay a change fee and fare differential or to buy a brand new ticket as a result of their traffic problems. Double standard.

If this was an air traffic delay, then American/US Airways (as you know, the two are merging) wouldn’t have paid for the Taylors’ hotel accommodations. It would’ve been: “Come back tomorrow and we’ll see about getting you to Philadelphia.”

The airline could have done more, like contacting the passengers to let them know of the cancellation. It sold her a ticket with a date and time, and it expected her to show up in time. Then, when a little air traffic forces it to cancel, it just tells her she’s outta luck and it’ll get her to her destination whenever it can? Come on.

Why couldn’t American endorse her ticket to another carrier, allowing her to reach her destination in time? Was that asking too much?

In a perfect world, American would pay the fare difference between her Southwest flight and the missed Republic leg. It would also cover her missed hotel night. I know, I know — it’s not a perfect world.