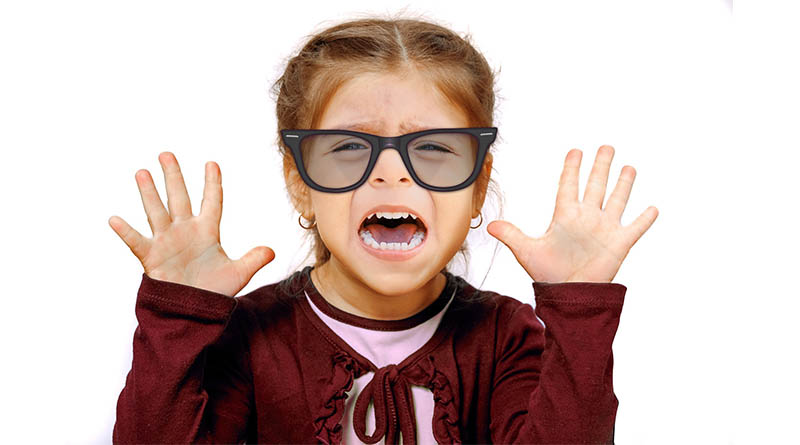 If Jody Clark’s recent United Airlines flight from Houston to Vancouver had been a scene in a movie, it probably would be the one where the protagonist is finally pushed to the brink of a nervous breakdown. She says she was stuck next to two screaming toddlers in first class no less, and she wants a refund.

“There was a family with two extremely disruptive toddlers seated in the row behind me in first class,” she says. “In the seat directly behind was a two-year-old who, without any break during the entire five-hour flight, continued to utter high pitched screams, cry and carry on yelling instead of talking, clanged together loud metal toys, and, worst of all, kicked at the back at my chair.”

But Clark’s flight with screaming toddlers in first class was no disaster movie. It was real life. (Fortunately, minus the breakdown.)

And that’s just the half of it.

An unpleasant flight on United Airlines

Let me hand Clark the mike for a minute:

When the kids were not in their seats they ran up and down the aisle spilling food and water, grabbed onto my armrest or hung off the side of my chair — I was seated on the aisle — and when I tried to ignore them, tapped and pulled my arm until they were given the attention their parents wouldn’t provide them.

The parents treated the first-class cabin as though it was their personal living room and did not respect the personal space of others at all for the duration of the flight.

After two hours of trying to ignore the actions of the children and after having a drink spilled on my clothing, hair and pillow through the middle of the two chairs from behind, I asked the parents to handle their kids and to at least please stop banging my chair.

Nothing changed, as they had no regard for others and merely gave me a dirty look.

I then approached the two flight attendants and they advised that they had never seen anything like this before and had no idea of what could be done. They were very nice and apologized, but nothing at the time could be done to remedy the situation.

Clark wants United to reimburse her for the cleaning costs and to refund the difference between her first class ticket and an economy class ticket. Here’s how United responded to that request:

I sincerely regret that you did not experience the level of service you have come to expect when traveling with United Airlines.

You have my most sincere apology for your trip not being more pleasant. Your frustration with the described level of cabin noise is understandable. Please know United Airlines is a family friendly airlines serving millions of customers traveling with children every year and has earned a reputation for exemplary customer service and safety. Our employees are expected to treat our customers with dignity and respect and to perform duties in a professional manner. Our in-flight crews are trained to handle all situations professionally and with ease and decorum when approaching a disruptive child’s parents.

Please know while I can not undo the circumstances you had experienced, I can not honor your request for full reimbursement. We did transport you safely from your point of origin to your destination. We do not provide a refund when transportation has been provided. I will though request a certificate to help offset your cleaning bill.

Your electronic travel certificate will be sent to you via a separate email, which you will receive in 3-4 business days. We appreciate your business and look forward to welcoming you on board a future United Airlines flight.

Although Clark declined the offer, United sent her the voucher anyway. If she redeems it, she’d be letting United off the hook. The fine print warned:

By acceptance of this travel certificate you release United; the operating carrier, and their respective employees, agents and representatives from any and all liability, claims or damages resulting or arising from the matters relating to your flight, compensation therefore or any related complaint.

Part of me thinks this is much ado about nothing. Kids will be kids, after all. But maybe, as the parent of three young kids, I’m biased.

I agree with United that it delivered Clark to her destination safely, and in doing so fulfilled its contract of carriage. But I also think first class comes with a higher standard of service, and that includes — how can I say this? — a more upscale and less noisy experience. United’s flight attendants didn’t even try to stop screaming toddlers in first class, by her account. And now it’s telling her she’s out of luck?

I’m not sure if a full refund is appropriate. The $50 voucher she received is no way to say “we’re sorry” to a first class passenger. Then again, maybe it is.