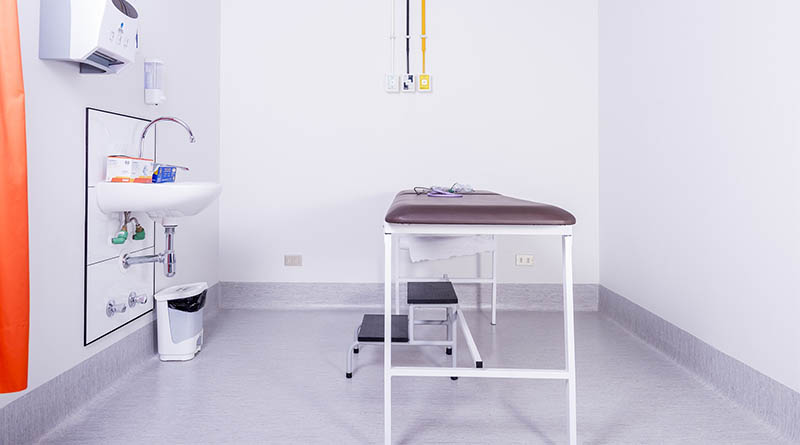 Sue Burgess began to feel sick on a Southwest flight from Phoenix to Albuquerque. After a rough trip in which she filled several barf bags,  Southwest sent her to a hospital after the plane landed. It turns out she had the stomach flu — but there’s the small matter of a $9,000 hospital bill. She wants to know who is going to pay this bill.

Her insurance took care of the bulk of it, leaving her with a $392 tab. She thinks Southwest should cover the balance since she never asked to go to the hospital. The airline had called the ambulance, after all.

Here’s how Burgess remembers it:

When I got off the flight, I was dehydrated and I fell going up the ramp. I asked the flight attendants if there was any place I could lay down. While I was not at my best, I never lost consciousness and I was perfectly capable of carrying on a conversation.

The flight attendants immediately called the paramedics who began to fire questions at me. At no time was I offered the choice of calling a friend to pick me up or any option other than being taken to the emergency room in an ambulance. Once I got to the emergency room, I was told I couldn’t leave because it would be against medical advice and the hospital would not submit my bills to the insurance.

Shouldn’t Southwest or the paramedics offerred me the choice to call a friend? Don’t people who get sick on planes have any rights?

The Southwest flight attendants who called paramedics were likely following their training. At the time, no one knew what was wrong with Burgess, and their actions could have saved her life.

Still, I thought it was worth running her problem past Southwest (our Southwest company contacts are listed here). The airline hadn’t bothered responding to her request for reimbursement, which is not at all like Southwest.

A response from Southwest

Southwest Airlines flight attendants state that upon exiting the aircraft you lost consciousness, vomited, seemed lethargic and requested a place to lie down.

The Southwest Airlines flight attendants promptly called paramedics to assist you. Apparently, after assessing your condition, the paramedics decided to take you to a nearby emergency room for treatment. The Southwest Airlines flight attendants who came to your aid when you were ill have no control over the actions of the paramedics who assessed your condition and made the decision to take you to a hospital.

We do not believe this is a case of liability against Southwest Airlines nor does Southwest carry a medical pay provision in their policy. We must respectfully decline to make payment on your claim.

I asked Burgess what she thought of the answer.

There are a couple of statements in her letter that are untrue. I did not vomit or lose consciousness after leaving the plane. I suppose I was lethargic, being dehydrated, and I did ask for a place to lay down.

What’s significant in my experience with Southwest is that the flight attendants totally ignored me during the flight and I used up all my energy carrying those damn barf bags to the back of the plane.

Burgess missed a business meeting, depriving her of $8,000 in revenue as a result of the overnight stay in the hospital. She thinks the least Southwest can do is pay her deductible.

I can certainly see both sides in this dispute. I wonder what kind of precedent would be set if the person who called an ambulance were responsible for the entire hospital bill.

What do you think? Did Southwest do everything it could to help Burgess? Or could it have done more?

Note: This article first appeared Sept. 13, 2010. Burgess did not receive any additional compensation from Southwest after the story posted.