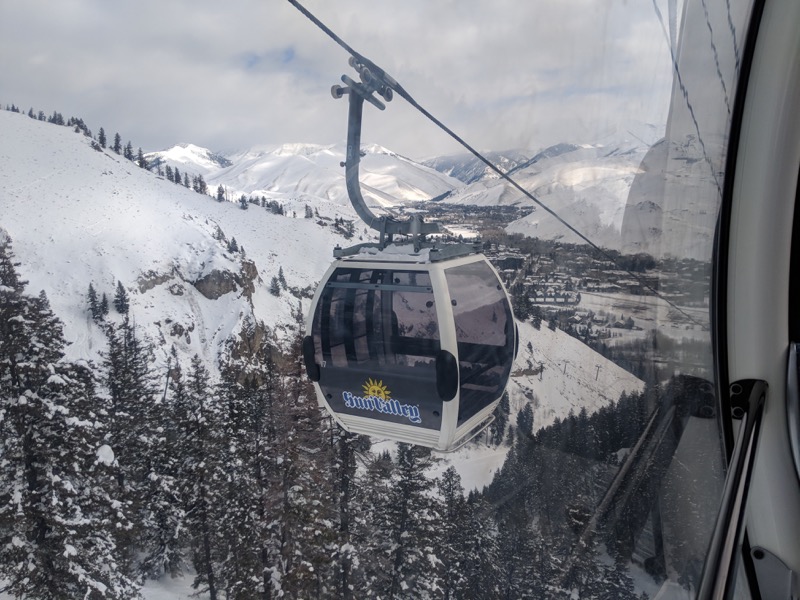 They’re sleek, stylish — and a little subversive. They’re the new Sun Valley hotels, the Hotel Ketchum and the Limelight Hotel, and they already have stories to tell.

Here’s one. My kids and I are hanging out in the Limelight’s restaurant the other night, listening to this guy belting out John Denver and Paul Simon covers. After Me and Julio Down by the Schoolyard, he looks into the audience.

As in, the former vice president.

“It is you,” the guitarist exclaims with the eagerness of a Biden 2020 volunteer. “Heya, Joe!”

That’s just the kind of place Sun Valley is. There’s the Veep. Or Clint Eastwood, who lives here part of the year. And there’s the mountain, created in the 1930s to resemble an Austrian ski resort.

But this year, the two brightest new stars in town are not people — they’re hotels. The new Sun Valley hotels are the Hotel Ketchum, a former motel reimagined as a 21st-century modernist’s dream, and the Limelight, a completely new property.

Here’s everything you need to know about Sun Valley, the legendary American ski resort. It’s remote, pricey, dog-friendly, and that’s exactly how they like it. Ernest Hemingway lived and died here.

When people say Sun Valley, they usually mean Ketchum. There are technically two Sun Valley ski resorts: Dollar Mountain, where you learn to ski, and Bald Mountain, for the more advanced. It’s a little confusing.

I’ve been coming to Sun Valley for years. The place reminds me so much of Austria, where I grew up. From the mountain terrain to the faux-Alpine houses to the high prices. Not to confuse you any more, but it’s a good memory.

The Hotel Ketchum: not baaaad

The just-opened Hotel Ketchum, on the northern end of town, nails Ketchum’s quirkiness. Developers took an old motel, stripped it down to the studs, and reimagined it as a modernist masterpiece. OK, maybe “masterpiece” is too strong a word. There is art here, though. Mostly, sheep. And a corny sheep theme. (“Lucky ewe,” “Baby, don’t herd me.”)

Someone ought to be lamb-basted for those puns.

The Hotel Ketchum’s rooms are, as my 15-year-old would put it, “tight and angular.” That’s perfect when you’re dealing with all the ski gear, even when it’s being delivered through a service like Ski Butlers.

Boots, poles, and gloves start to clutter the place up quickly. Having a spare and minimalist look keeps you from slowly going mad. There are plastic sheep in the room. The general manager told me they are particularly proud of those sheep. They found them at a trade show just before the property opened.

The Hotel Ketchum is extra close to the Warm Springs side of Bald Mountain. Oh, I forgot to mention — there are two base areas from which to access the big ski mountain. Reminds me a lot of Sun Valley’s sister city, Kitzbühel, Austria, where you can easily get lost while skiing. (Again, good thing.)

The Limelight Hotel, on the other end of town, is closest to the River Run area and the gondola that takes you up to Seattle Ridge, which are some of the best ski runs in Idaho. It’s also vying to become the cultural center of town, with a new performing arts center under construction across the street.

The Limelight is ideal for guests who want to spend three or four days skiing, with in-room microwaves, basic dishes, and a refrigerator. There’s also a pretty decent grocery store right across the street. But the brick oven pizza served in the lobby is a real standout. I’m not sure what the vice president was having, but if he’d asked me, I would have recommended the veggie pizza.

There are no sheep at the Limelight, but it does have enormous screens playing Warren Miller ski movies — you know, the ones where professional skiers plunge off snow-covered cliffs — which are riveting in their own way. After sitting through a few minutes of that frightening footage, you are guaranteed to ski safer.

These new Sun Valley hotels give the town a whole new feeling and are a noticeable upgrade from the Sun Valley of the past. And they’re having a little fun with it. Isn’t that what you’re supposed to do on vacation?

Christopher Elliott is the founder of Elliott Advocacy, a 501(c)(3) nonprofit organization that empowers consumers to solve their problems and helps those who can't. He's the author of numerous books on consumer advocacy and writes weekly columns for King Features Syndicate, USA Today, Forbes and the Washington Post. He also publishes Elliott Confidential, a critically acclaimed newsletter about customer service. If you have a consumer problem you can't solve, contact him directly through his advocacy website. You can also follow him on Twitter, Facebook, and LinkedIn, or sign up for his daily newsletter. Read more of Christopher's articles here.
66820