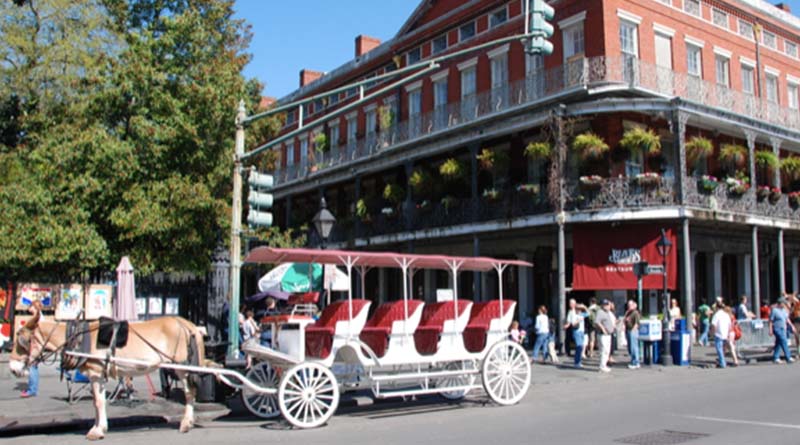 Susan Veazey took Expedia at its word when she booked her hotel room in New Orleans recently.

The online agency promoted a free cancellation, so Veazey figured she could make multiple reservations and then cancel the one she didn’t want.

She figured wrong — and now she’s stuck with several rooms she can’t use.

This case is a teachable moment for those of us who take a company’s offer at face value. It turns out there is no such thing as face value when dealing with a slick corporation. Veazey’s failure, and mine, are proof.

Let’s go straight to the playback.

Last month, I booked 3 hotels in the French Quarter using Expedia. All of the hotels were marked as having free Expedia cancellation, and I wanted to consult with my husband as to which hotel he thought looked best.

We have never been to NOLA. I held onto the reservations for a couple of days. We booked for the week after Christmas — several months away.

So far, so good

So far, so good. Except that booking hotel rooms in this way is a little unorthodox, especially when you’re dealing with an online travel agency. But let’s continue.

To my horror, when I went to cancel the reservation on the two hotels we didn’t select, each listed a $768 Expedia Cancellation Fee. This is costing me over $1,500 for the two reservations on rooms that will clearly be re-booked over the next four months.

I did not panic, initially, because my assumption was I would find someone reasonable at Expedia to address this problem. Boy, was I wrong!

Twice, I spent well over an hour on hold and speaking with a customer service rep who clearly read from a script, and when I asked for a supervisor, I was left on hold for an extremely long period of time.

I did speak with one woman who said she was a supervisor, and she would do something, but nothing ever happened.

Using our company contacts for Expedia, Veazey switched to email, but the response was the same.

“Expedia just kept telling me the last two nights on the reservations were non-refundable and that was hotel policy,” she says. “I would tell them that the Expedia cancellation policy on the website did not indicate they were non-refundable; in fact, they said just the opposite.”

This seemed like a slam-dunk. The site offered “free” cancellations, but Expedia wasn’t honoring its word. So I checked with the company.

Here’s how it responded to her:

According to our research, you were advised during each booking, “free cancellation before December 23.”

Further research indicates that upon completing the booking of the first itinerary, Place d’Armes Hotel, you were advised to click the link to access the Rules and Regulations for the reservation. Above the “Complete This Booking” button was the phrase, “By selecting to complete this booking I acknowledge that I have read and accept the Rules & Restrictions and Privacy Policy.” Regrettably, the link to the Rules and Regulations was not clicked, and the terms of the reservation were never displayed before credit card details were submitted and the purchase completed.

A review of the second booking indicates the same phrase and link were displayed, but again, the purchase was completed without a review of the required Rules and Regulations. Our research indicates that had the link been selected as required, the following important reservation details would have been displayed:

Please note, these terms appeared on each of the pre-purchase itineraries and were carried over to the confirmed itineraries currently located in your account.

Some restriction apply to your “free” Expedia cancellation

I see. So Expedia advertised “free” cancellations, but as they say, some restrictions apply. Gotcha.

Here’s where the true-blues and the rules-are-rules readers will have a polite disagreement. The true blue advocates like me will say if you advertise free changes, you should actually give them.

The rules-are-rules crowd will say: If you’d bothered to read the fine print, you wouldn’t have made these stupid reservations.

I think everyone knows which side I’m on.

I’m disappointed that Expedia can get away with this. But I’m fighting for a travel industry where this kind of thing won’t happen. If you’re with me, please join our group of advocates now. If you’re not, I’m sure I’ll hear from you in the comments.