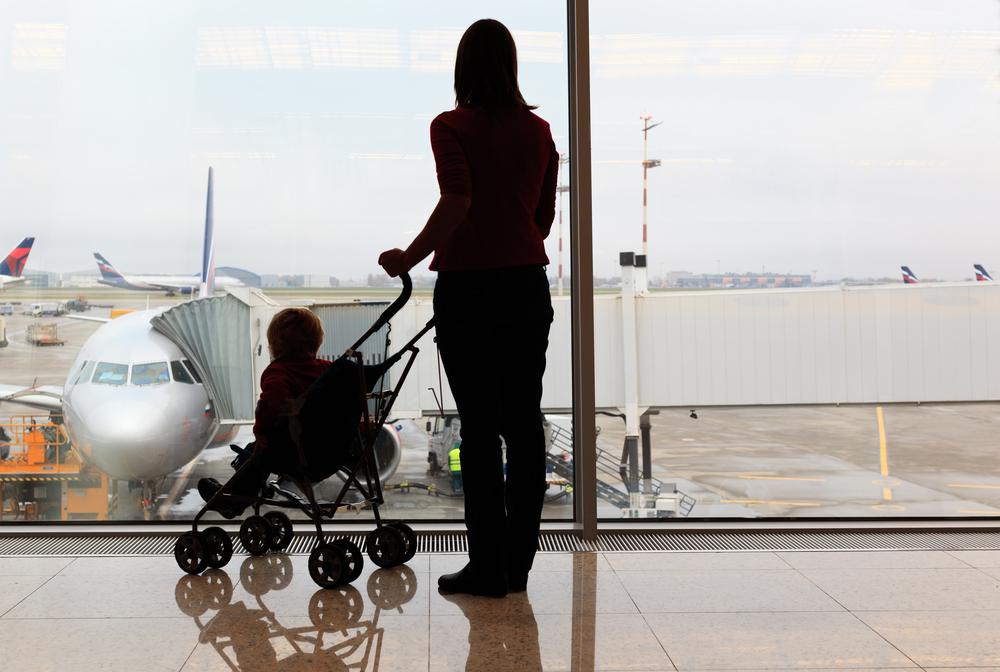 Even though Kim Centrone made arrangements for Lufthansa to provide a bassinet for her baby on a recent flight from Washington to Frankfurt, the airline came up empty-handed. Now she wants a refund for the $1,000 extra she says she spent for the seat and the guarantee of the bassinet.

Some of you are probably asking yourself: $1k for a bassinet? Now that’s what I call an airline fee!

Not exactly. Centrone, who made her reservations on Orbitz, says she paid that more to fly on Lufthansa, as opposed to another carrier, because an airline representative promised she’d have a bassinet.

“They are the only airline with bassinets large enough for a child of our daughter’s age,” she explains. “Upon arrival at the airport for flights both ways, we were told we did not have a bassinet reserved.”

If you don’t think bassinets are a big deal, you probably haven’t flown with an baby lately. Here’s Lufthansa’s page on flying with kids, which describes the amenity, provided — I cringe to write this — “free of charge.”

OK, so technically the bassinets have no value. Therefore any promise Lufthansa might make would be for a, ahem, “free” amenity. (The $1,000 price just went down, at least in the airline’s mind.)

Another mother with a baby on the same flight had the same problem – they had promised her that a bassinet was reserved, and it wasn’t. All bassinets were taken by others. I believe that they are doing this purposely, to get people to pay higher fares.

Ah, so the business class mommies had their bassinets, but the poor people in steerage didn’t. Are my egalitarian roots showing? I believe they are. Sorry about that.

“There were many other minor problems with the flights,” she explains. Centrone’s final destination wasn’t Frankfurt, and she was traveling with the rest of her family in economy class.

“The connection that we were assured would be sufficient wasn’t, and we had to run with an infant in our arms, as they had misplaced our stroller. Our baggage was delayed. They wouldn’t confirm our seats for the second flight and tried to seat us apart.”

Fortunately, Lufthansa found a bassinet for her on the return flight.

After she complained in writing, the airline offered her $100 for toiletries due to the delayed baggage, and 5,000 airline miles.

“They completely failed to address the issue of the dishonest business practice of promising bassinets to families with infants with no intention of following through on it in order to sell more expensive tickets,” she says.

I reviewed the correspondence between Centrone and Lufthansa, and I’m not sure if it will address the issue — or if it even needs to.

If you think of a bassinet as a seat, then you can understand why Lufthansa would deny her baby a bassinet and give it to an infant in the front of the plane (if, indeed, it did that). The aircraft cabin isn’t a utopian society; there are a few “haves” and many “have-nots.”

Is it fair? Of course not. But there are only so many windmills I can tilt at in a day.

I told Centrone I didn’t think she could get the $1,000 back from Lufthansa, since the promise technically had no value, but that I would write about this to see if the airline offered her enough compensation.

That’s what the comments are for today. But the question I want to ask is this: Has Lufthansa gone too far by segmenting the babies?