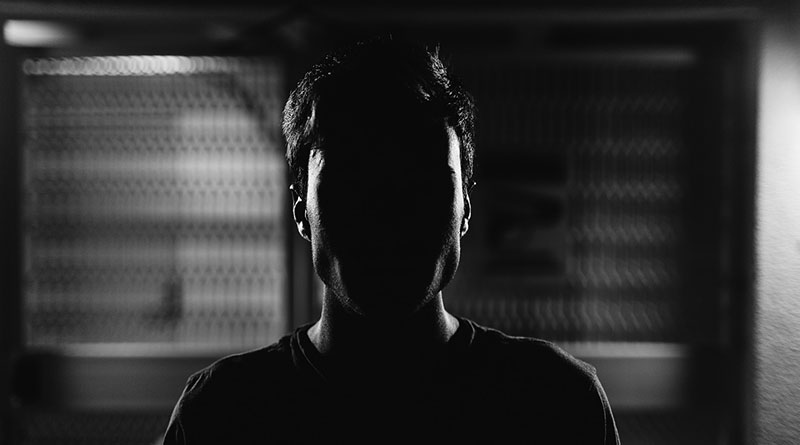 There’s an intruder in Linda Jones’s apartment. She thinks she’s entitled to a refund from Booking.com for the inconvenience. But you will never — not in a million years — guess how this case resolves.

Her problem is about more than travel safety and corporate intransigence. It’s about the power of a single word. In this case, it’s an email address. (Reprint from Oct. 2019)

My advocacy team and I deal with a lot of difficult lodging cases here, but rarely does one rise to this level. Having a stranger enter your room one evening is a worst-case scenario, especially for a solo traveler like Jones.

How an intruder got into her apartment

The problem started on the last night of her stay at an apartment near Capitol Hill in Washington in July. (The apartment is no longer available through Booking.com, likely because of this incident.)

“I awoke around midnight to a man’s voice,” she recalls. “I was a single woman traveling alone. So I announced, ‘This apartment is occupied — please leave immediately!'”

This could have ended very badly. I’m reminded of the case of Amber Guyger, the police officer who entered the wrong apartment and killed the occupant. A Dallas jury convicted Guyger of murder earlier this month. Apartment intrusions can have horrible outcomes, even if it’s an innocent mistake.

And, it turns out, this was an innocent mistake.

“I asked from behind the bedroom door, ‘Did you use the keypad to get in?’,” she recalls. “To which he replied, ‘Yes.'”

Jones said the apartment must have been double-booked and asked the man to leave. Fortunately, he did.

“When he left, I immediately locked the door,” she adds. “But then realized that he had the same keypad combination that I had, so, of course, I didn’t sleep all night.”

What can Booking.com do about an intruder in my apartment?

Booking.com is known for offering hotels, but it also has an extensive inventory of homes and apartments. Jones immediately contacted the apartment owner, who responded the next morning.

“Her response was, ‘OMG, I’m so sorry! They weren’t supposed to come until tomorrow,” says Jones.

Still shaken from not having slept, she asked the manager for a refund for the last night’s stay.

“She told me she would talk to me later since I was flying home that day,” she recalls. “After that, she wouldn’t respond to my calls or my texts. I tried repeatedly to reach her.”

Finally, she reached out to Booking.com to request a refund. Initially, the company was receptive to a refund, she says.

“But they also had trouble reaching the owner. After a while, they stopped responding to me as well,” she says. “I’m frustrated.”

A problem like this wouldn’t happen if the owner changed the keypad code between rentals. But, says Jones, “She’s obviously too lazy to do that.”

Do you deserve a refund when there’s an intruder in your apartment?

We’ve had several cases where intruders have entered a home or hotel with darker motives. Here’s someone whose vacation rental got ransacked in the Cook Islands. And here’s someone whose Vrbo rental in Rome was burglarized. No two cases of an intruder entering an apartment are identical. But usually, there’s a strong case for a sincere apology, if not a partial refund.

I think Booking.com should have done more to help Jones. Offloading the problem on a nonresponsive owner is not exactly a shining example of good customer service.

Do Booking.com’s terms promise an intruder-free vacation experience or a refund for failing to meet that obligation? Of course not. But it’s implied. It promises customers “incredible places to stay,” and I don’t know anyone who considers an intruder to be an incredible experience — unless it’s incredibly bad.

The power of one word to solve a case

I asked Jones to send me some additional information through our help form. Then I saw an email from her to Booking.com’s executives, whom she found through this site. She’d copied me on it.

And then Jones, like her apartment owner and Booking.com, went silent.

But not for long. A few days later, she sent me an update.

“To my surprise, I received an immediate response from Booking.com when I copied you in my email,” she says.

Booking.com apologized, refunded one night’s stay and removed the apartment from its inventory.

“After two months of tepid to no response, you have resolved my issue in one day. Many thanks,” she adds.

“It’s funny,” she notes. “It isn’t even about the nominal refund that I requested. I just wanted them to acknowledge that a safe night’s sleep is the bare minimum that I should expect as their customer.”

Is one word enough to fix a consumer problem?

That got me thinking. Is copying [email protected] on your consumer complaint enough to get it taken seriously, and maybe even resolved? I reviewed my files. There are so many cases that never get published because they’re quietly fixed outside of the normal channels.

By “normal” channels, I mean folks who fill out the “help” form and work with Dwayne, Michelle and me on the response team.

How many people simply copy me on their complaint and get it taken care of quickly?

I reviewed hundreds of emails and found many cases where it appeared the consumer had used the “copy Chris” technique to get action.

I didn’t even know I had that kind of influence. If you know me personally, you will understand that’s not false humility. I just don’t think of myself in that way.

We live in an age of influencers and thought leaders, who spend their days and nights pontificating on their blogs. But when consumers have a problem, they don’t need influencers or thought leaders. They need doers who can get their problem fixed with a single word — or email address.

I don’t mind the “Copy Chris” strategy for problem-solving. I can think of a few influencers and thought leaders out there who wish they had that kind of pull. (Or who think they do.) But Jones’ case suggests that invoking my name can change the outcome of a consumer problem.

So next time you run into trouble, please feel free to invoke my name. It belongs to you as much as it does to me.