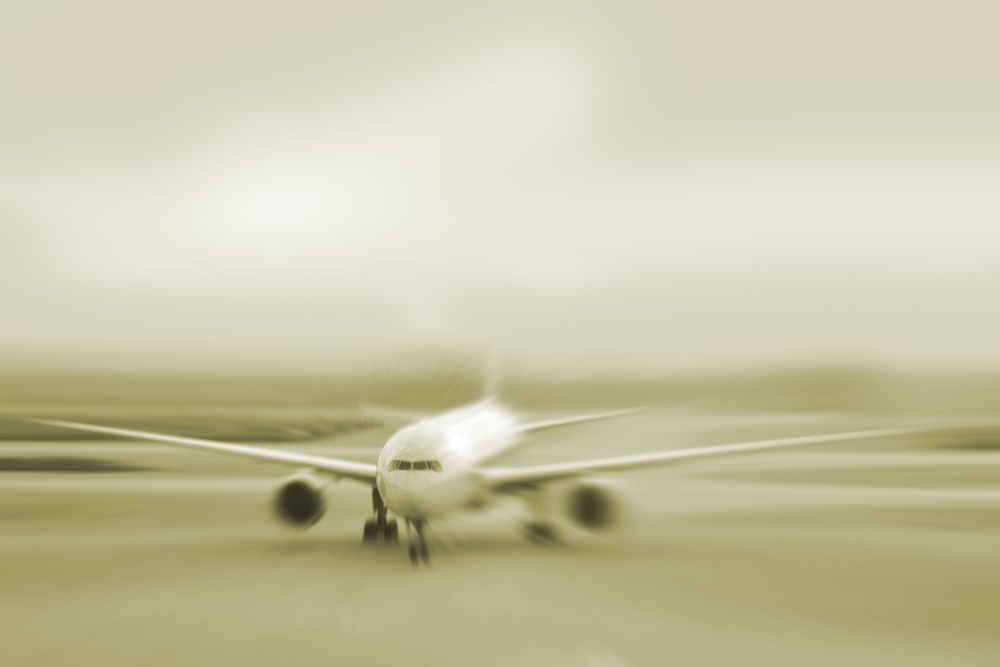 The aftermath of the Emirates Airlines Flight 521 crash in Dubai on Aug. 3 was one of this summer’s most shocking visuals.

Although all 282 passengers and 18 crew evacuated safely, it didn’t go down without a hitch. Video clips surfaced online showing passengers pulling their baggage out of the overhead bins in a panic as they deplaned — a dangerous and reckless act that could have cost lives.

And that got Don Chernoff thinking: Could an act of corporate generosity prevent that kind of risky behavior in the future? Chernoff is one of a handful of thought leaders who are trying to improve travel. Actions like theirs raise an even bigger question: What are you doing to make things better?

Chernoff, who runs a luggage manufacturer called SkyRoll, emailed me with an idea after the plane crash.

“No passenger should risk their life or the lives of others by delaying an evacuation just to grab their luggage from the overhead bin,” he told me. “To encourage people to leave their carry-on in the overhead bin and get out quickly in the event of a crash, we’ll give free SkyRoll luggage to survivors whose carry-on luggage subsequently burns up if there is a fire.”

How might that change passengers’ behavior, if they knew their destroyed luggage would be replaced immediately? Would fewer passengers linger, blocking the path to the exits? There’s no way to know, but it’s a worthy idea.

Some of the recent efforts to upgrade travel have a more commercial flavor. A few months ago, Destination DC, which promotes travel to Washington, raised a pop-up tent at New York’s Penn Station to promote easy travel connections to the nation’s capital, particularly on Amtrak. They poured free coffee and hot chocolate for frazzled commuters.

Destination DC has a well-deserved reputation for hospitality. A few years ago, while visiting a friend in Washington, I met a Destination DC representative who was promoting the Cherry Blossom Festival. When I told her I was visiting from Florida, she handed me an entire cherry pie so I could “feel right at home.” And I did.

That was also the idea behind the campaign called “DC Cool”: to remind them that hospitality is still a thing in the travel industry, and that you could come to Washington to experience it. Washington isn’t just the seat of American power, says Elliott Ferguson, president and CEO of Destination DC. It’s also the very model of “warm and friendly,” he says.

Greeting travelers with treats like pie and coffee “speak to our brand of hospitality,” Ferguson says.

I received a recent invitation to an industry conference that promised I’d mingle with a crowd of “thought leaders.” I didn’t recognize any of them, nor would you. Perhaps the kind of leadership they offered only helped companies maximize their profits. A legitimate goal, but certainly not something that would lead to a better future for the rest of us.

Just as the CEO of a luggage company thinks about saving lives in a plane crash or a visitor’s bureau representative worries about the lost art of hospitality, others are thinking about ways to improve air travel. Take Paul Hudson, president of FlyersRights.org, who recently released a congressional report card for airlines. The study measured congressional efforts in protecting airline passenger rights over the past eight years. (You can read the full report at flyersrights.org/reportcard.)

“It is important for the public and voters to be aware of and hold members of Congress accountable for their slow responses and downright refusal to address the frustrations of airline passengers,” Hudson says.

In an election year, it’s also important that voters know what has to be done to make things better. Hudson’s research reveals the extent to which Congress upholds airline industry priorities. If you disagree with those priorities, your best chance for change is to vote those members out of office.

You’ll have a chance to do that in a few days.

How you can make travel better

• Give your business to companies that care. Companies like Marriott and Southwest Airlines have a strong sense of corporate responsibility built right into their mission statements. It comes through not only in the products they offer and their customer care, but also the way they invest in future infrastructure.

• Let your airline, cruise line, hotel and car rental company know. They’re not mind readers, you know! If someone’s hospitality is lacking, fill out the response form or talk to a manager. If a policy is customer-hostile, tell the company before taking your business elsewhere. Companies can’t make travel better unless they know what better is.

• Exercise your right to vote. Perhaps Sen. Ted Cruz, R-Texas, said it best at the Republican National Convention (this is an endorsement of sentiment, not politics): Don’t stay home in November. And vote your conscience. Vote for candidates up and down the ticket whom you trust to defend our freedom and to be faithful to the Constitution.