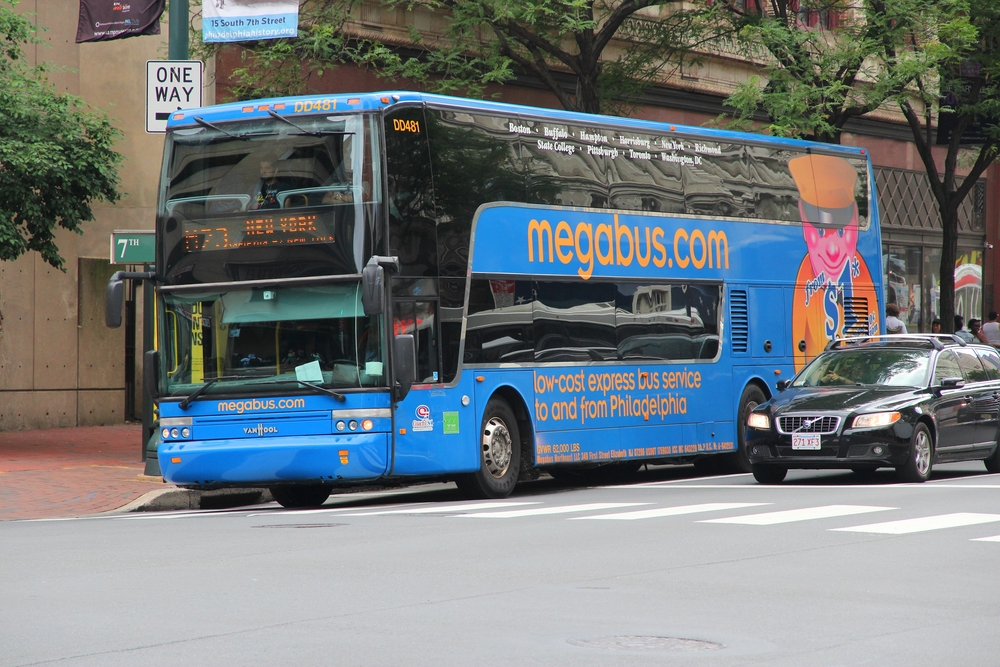 It’s difficult to understate the rarity of Shannon Lee’s complaint. It’s almost as unusual as the topic of this story: bus travel.

Lee, an accountant from Pasadena, Md., was part of a group traveling to New York for the Macy’s Thanksgiving Day Parade. Her friends, Dan and Jacqueline Childs, who had each paid Megabus $89 for their round-trip bus fare, were turned away when they tried to board the motorcoach because there wasn’t enough room.

“They’ve sent numerous e-mails and made phone calls asking Megabus for a refund,” Lee says. “But so far, nothing.”

Bus complaints are almost non-existent, at least compared with airlines. That doesn’t make sense, since when it comes to customer service, buses are lightly regulated by the federal government. The real reason behind this absence of passenger discontent may hold the key to making other parts of the travel industry better and more complaint-free.

I receive only a handful of gripes about bus service every year. They’re almost always resolved lightning-fast. So when I contacted Megabus about Lee’s friends, I wasn’t surprised to hear back from company spokesman Sean Hughes almost immediately.

“We’re calling them and offering them a full refund and giving them an apology,” he told me.

The more interesting question is why?

How did the decidedly unglamorous bus industry get so attuned to its customers? Transporting about 80 million passengers a year while keeping them happy is no small achievement. It may explain the unprecedented expansion of city-to-city express carriers. They grew 2.1% in 2014, while the number of flights dropped 3% during the same period, according to new research.

Part of the secret to the industry’s success is the “laid back” culture of bus travel, says Joe Schwieterman, director of DePaul University’s Chaddick Institute, which will release its study today.

“People can see clearly why delays occur, like traffic or bad weather, so there is more understanding when things go wrong,” he says. Bus travel is cheaper than other modes of transportation, which affects passenger expectations. You get exactly what you paid for: scheduled bus carriers have on-time ratings that exceed 90%, Schwieterman says.

Another thing: If you run a bus company, you can’t run away from your customers. “You know that you have to offer a good product at a fair price,” says Dan Ronan, a spokesman for the American Bus Association, a trade association. If you’re a passenger on a medium-size bus line, such as C&J, which offers service between New Hampshire, Boston and New York, it’s not uncommon to see the company’s president, Jim Jalbert, in the parking lot.

“If you have a service problem, he’s right there, and you can tell him about it,” Ronan says.

Surprisingly, the government isn’t forcing buses to do the right thing. The U.S. Department of Transportation’s (DOT) Federal Motor Carrier Safety Administration, which oversees the motorcoach industry, is primarily focused on safety issues. In 2013, it conducted almost 40,000 bus inspections and shut down more than 100 unsafe bus companies. The department issued rules that required lap and shoulder seat belts for each passenger and driver seat on new motorcoaches and other large buses. It ordered improvements on the structural design of large buses, so passengers are better protected in the event of a rollover crash.

For interstate bus carriers, federal law is largely silent on service questions, addressing disability access, compensation for lost luggage and ticket sales. That’s a dramatic contrast to the commercial aviation industry, which is practically stalked by the DOT with rules and regulations. Apart from the marked differences in service culture between the motorcoach and airline industries, it’s a function of the mode of transportation, experts say.

“It’s a bus,” says Gabe Klein, a former commissioner for Chicago’s Department of Transportation and an expert on bus travel. “There are less opportunities for things to go wrong.”

Still, a bus, like a plane, transports you from point A to point B. Why do buses not need the heavy hand of government to tell them what to do? Simple, industry watchers says. “There’s more competition,” says Robert Turner, a bus industry consultant in San Diego. There are hundreds of bus operators in the USA, compared with three monopolistic airlines, so a bus line can’t afford to offer bad service.

As airlines embrace bizarre five-class configurations that promise to make air travel even more unbearable for all but a privileged few, many passengers refer to planes as “buses with wings.” That’s meant as an insult to airlines, but it actually offends the bus industry. The newest motorcoaches don’t just have government-mandated seat belts. They also come with bigger seats, onboard entertainment, wireless Internet connections and galley kitchens where you can microwave your dinner on the way home.

Buses can offer better customer service than airlines in almost every way. Competition made them do it. Maybe we need more of that.

How to get better bus service

Complain directly to the company. Most customer-service problems can be resolved quickly and in real time. Lost baggage is usually found quickly, and ticket refunds are processed fast. Larger bus lines have websites where they accept complaints, but it rarely gets to that point.

Reference federal law. Regulations are brief. For example, the DOT guidelines on ticketing are covered in five short bullet points.

Switch to a competitor. Motorcoach operators are flourishing in the USA, so there are many competing bus lines that would be happy to have your business. Don’t waste your time with a bus company that doesn’t appreciate your patronage — if you can even find one.