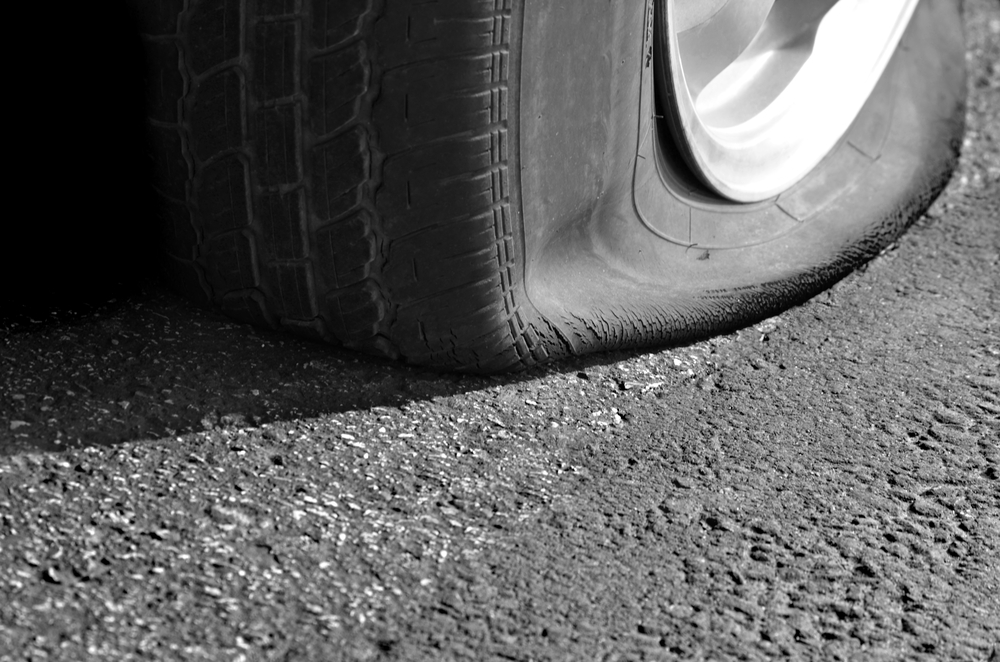 A car rental should be the least dramatic part of your vacation. You pick up the vehicle, you drive it, you return it to the airport. All done.

Unless you’re John Themelis. When he rented a VW Passat from Hertz in San Francisco recently, his car blew a tire in a remote part of Northern California.

“I called the emergency services number to return the car for repair or a replacement car, but I was too far away from a Hertz location,” he says. So Themelis paid $122 for a new tire. When he returned the vehicle and presented the receipt, a company representative promised him credit for the repair. But the credit never appeared.

“I’ve left at least two phone messages,” says Themelis, a retired engineering manager for the federal government who lives in Albuquerque. “I haven’t had a reply.”

Breakdowns such as this are infrequent because today’s rental cars are more reliable than ever, rental experts say. Tire blowouts are so uncommon that many rental cars no longer come with spares. Still, it’s not a possibility that a smart traveler should dismiss: A 2012 study by the National Highway Traffic Safety Administration concluded that when motorists are less familiar with the cars they’re driving, they are more accident-prone.

There’s no standard response in the industry to a rental-car breakdown, says Sharon Faulkner, president of the American Car Rental Association, a trade group. “Each rental company just wants to get the customer on the road, either with a replacement or a quick and easy repair,” she says.

“Mechanical failures are rare these days,” he says.

So when something happens, employees are often as clueless as customers are about the next step. The Hertz representative assisting Themelis in San Francisco, for example, assumed her company would cover the cost of a new tire, but she was overruled. I contacted Hertz and asked about the damaged tire, and the company agreed to honor its initial offer.

Repair policies can also vary by location. When Adam Cutler rented a car in Tel Aviv from Hertz recently, his tire also popped a flat.

“Hertz’s customer service representative informed me that tire damage is not covered through Hertz and that I should bring the car to the nearest possible mechanic and pay out of pocket for the repair,” says Cutler, a rabbi who lives in Toronto.

The mechanic diagnosed the problem as a previous puncture that had been poorly patched, and Cutler asked him to put on the spare. Hertz paid for that mechanic’s work. The car rental company then sent Cutler to a second mechanic — this one Hertz-certified — who installed a new tire. This time, they charged Cutler.

“I rented a car. It had a poorly repaired, previously damaged tire. I am not at fault in this situation,” he says.

I contacted Hertz about Cutler’s case, and a representative e-mailed Cutler saying he was charged for the damage he caused. “Sorry for all [the] inconvenience or misunderstanding,” the agent said in an e-mail. “But no refund is due in this case.”

Rental experts say the most common breakdowns are avoidable. Faulkner and Brown recommend inspecting the tires’ tread before leaving the car-rental lot. If they look worn, ask for a different vehicle.

There are other telltale signs you have the keys to a lemon. Among them: a registration that’s about to expire and any warning lights flashing on the dashboard when you start up the car. And finally, if the car drives funny.

“If anything feels amiss in the first five to 25 miles, return the car and ask for another one,” Faulkner says.

A former car-rental franchise owner, she recommends never repairing a car without first asking for permission. But customers are wary of being stuck with an even bigger bill if they formally report the damage and ask for the company’s consent. When Edward Hahn rented a car this summer in Bozeman, Mont., he had to make a difficult decision. His wife had run over a piece of debris in the road, and a tire went flat. He phoned Enterprise and asked what would happen if, hypothetically, one of its customers had a flat tire. A representative said that person would be “on his own.”

“I found a tire dealer who had a used tire that was not identical but close to the tire that was flat,” he says. “They installed it for $50, and Enterprise never said a word when I returned the car.”

When rental cars break, travelers drive down a confusing road. Should they ask for help? And if they do, will they be held responsible for more damage than they caused? Or should they quietly repair the car and hope the problem goes away?

The answer to all these questions is: It depends. Maybe there’s plenty of drama to your car rental, after all.