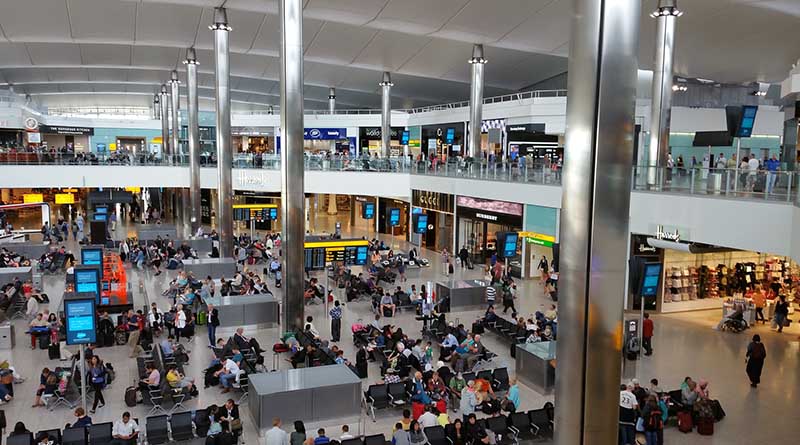 Leslie O’Flahavan looks more like an English teacher than an airline employee. Everything about her is no-nonsense, from her curly black hair, to her Nordstrom business-casual attire, to her carefully chosen words.

Maybe that’s because she spent nearly a decade as a high school educator. But she has moved on to a different kind of teaching: tutoring airlines on how to use the right words to respond to passenger comments and complaints.

O’Flahavan is a customer service writing expert who runs a boutique business called E-Write, based in Silver Spring, Md., which helps travel companies recast their letter template libraries into shorter, easier to read and “modern-sounding” emails. Her clients have included Virgin America, Air Canada and several other major domestic carriers.

What is an airline customer service writing expert?

“The airlines I work with hire me to help make their correspondence more natural and responsive,” she explains. “They already care about better quality communication with customers, and they want to improve.”

Which phrases are overused by airlines? What’s the best way to approach a carrier with a customer service problem?

“The form responses airlines have used in the past have been horribly robotic and as canned as tuna,” she says. “They cause customers to wonder, ‘Is this just a form letter?’ ”

And if you have to ask, you probably already know the answer. Yes, it’s a form letter.

Here’s an example. This is what a template looks like before O’Flahavan works her magic:

“Please accept our sincere apologies for any inconvenience which you experienced. Due to operational disruption, and in an effort to maintain your flight as scheduled, a decision was made to replace the aircraft operating your flight on (date) with the available aircraft which was a smaller aircraft.

Unfortunately, this change resulted in a downgrade of the fare class to which you were assigned. Our sincerest apologies.”

“Thank you for writing to us about your flight to (destination) when we were not able to seat you in (class) Class. I’m really sorry this happened. We know our passengers count on traveling in the class in which they have purchased their tickets, and I understand that it was frustrating when this did not happen for you.”

I asked O’Flahavan for the phrases airlines should never use and what they really mean:

“We regret any inconvenience this may have caused.”

Three words make this phrase galling: “any” and “may have.” “It’s a passive-aggressive non-apology,” she says. “A sincere version of this phrase sounds something like, “We’re sorry the kiosk wasn’t working properly when you were trying to print your boarding pass at LAX.” In other words, airlines that use the original phrase aren’t really sorry.

“Safety is our top priority.”

“Duh,” she says. “Of course safety is an airline’s top priority. This statement is really an indirect way of suggesting you, the customer, would put your own convenience over the safety of air travelers.”

“We will share your comments with the appropriate team for review.”

“This phrase is the quickest way to convince passengers the airline will ignore their feedback,” O’Flahavan says. How do you get around that? She suggests mentioning the team by name. Which group? Catering team? Baggage team? Customer service team?

These words are often used to justify customer-unfriendly policies. Examples include high change fees, baggage fees and restrictive ticket policies. “This defensive wording never convinces the customer the airline was in the right,” she says. “Passengers don’t care, for example, that most major carriers charge change fees or overbook flights.”

“We appreciate your loyalty to our airline.”

No one buys that. “While top-tier frequent fliers may be loyal and committed to flying on one airline, the rest of us choose the airline that offers the cheapest ticket,” O’Flahavan says. “It sounds super insincere for the airline to mention loyalty to customers who are really just looking for a bargain.”

I’m fascinated by these phrases. I’ve read them so many times in complaint letters that I just gloss over them now, dismissing them as empty rhetoric. O’Flahavan is reluctant to connect the dots and say what we’re all thinking — that words will never make some of the airline industry’s customer-unfriendly policies fairer. But they can take the edge off the pain we feel every time we deal with a carrier.

So the next time you write to an airline, pay attention to how it responds. If nothing else, now you’ll know how much it really cares about customer service. And if it uses too many of these empty phrases, maybe you can recommend a class from Professor O’Flahavan.

• Be precise. Include details such as your confirmation code, flight number and travel date. “When the airline receives your email, it begins an investigation, which proceeds more efficiently when they have all the facts,” she advises.

• Cut the drama. When you claim that your entire 10-day trip to Barcelona was “ruined” because the flight attendant spilled orange juice on your leather jacket, you trigger eye-rolls at the airline. “Don’t amp up the tragedy when you complain,” she says. “Explain what happened and how it made you feel, but don’t exaggerate in a bid for more compensation. That’ll just backfire.”

• Explain what you want. Don’t leave the airline guessing. Are you asking them to refund your checked bag fee? To add miles to your frequent-flier account? To simply apologize? “While explaining what you want doesn’t mean you’ll get it, you shouldn’t ask the airline to figure out what would make you whole or happy,” O’Flahavan says.