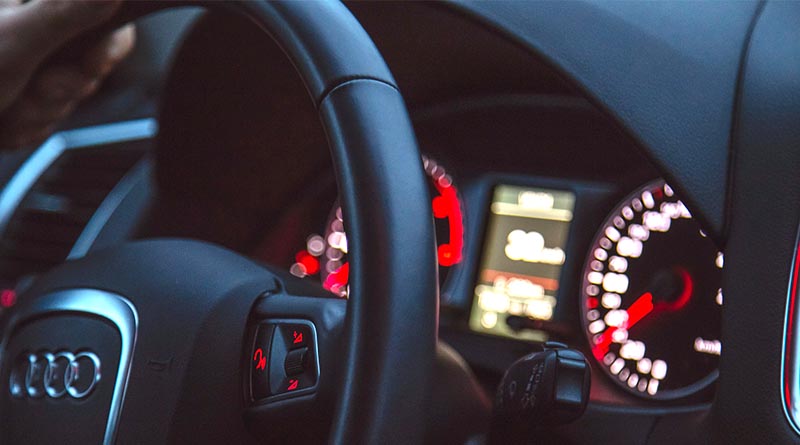 Scott Sewell didn’t think the crooked steering wheel on his rental car would affect his drive, but it did. It turns out misaligned steering can and will create a pricey Alamo car rental problem — one that only one person can fix.

Sewell contacted me after renting a car from Alamo in Washington, D.C., and returning it to Norfolk, Va., almost a year ago.

“While renting the vehicle, I noticed the steering wheel did not align with front wheels,” he says. “It wasn’t a concern since the vehicle seemed to track consistently.”

But it should have been a concern. Sewell became embroiled in a claim with Enterprise’s notorious Damage Recovery Unit (Enterprise owns Alamo). He reached out to me for help, and my team found a resolution to his crooked steering wheel case that makes everyone happy.

Let’s start with how Sewell got himself into trouble. He noticed a problem before he drove off the lot but didn’t say anything because he assumed it was fine.

Alamo, like all other car rental companies, holds renters responsible for any damage that’s noted after they return the vehicle.

No surprise, then, that six weeks after returning the car in Norfolk, Enterprise sent him a bill for $994 to replace the rack and pinion system.

“We deny having damaged this vehicle at all, and feel that the damage was pre-existing,” says Sewell.

But how do you prove it?

Dear Alamo, the crooked wheel was like that when we got there

“Our cars are thoroughly inspected upon return every time,” Enterprise responded. “If damage was missed and pointed out immediately we would look into it. Our dispute team looked into this, and there was no damage prior to your rental. I have all of your concerns notated and will address them with your insurance as well.”

What about before and after photos? Since this was a mechanical issue — a crooked steering wheel — images were pretty much useless.

Enterprise threatened to report him to a credit agency and add him to its Do Not Rent list. Sewell says he felt he had no choice and settled for $494. (That also happens to be only a few dollars shy of the deductible for most car insurance policies.)

Something didn’t sit right with Sewell’s crooked wheel claim. A review of the repair records notes that the Alamo rental had a bent tie rod and that the steering system didn’t have to be replaced. He wanted to take his case to court.

“We are confident we would prevail in court,” he says. “However, having to endure a disputed collection account on our credit report during that period could be more damaging than the amount paid.”

Of course, car rental companies know how effective threats to your credit score are in getting you to pay up. They also know that you don’t have the resources to fight a claim like this in small claims court. Enterprise won this round, even though it had handed Sewell the keys to a car with a crooked wheel.

“If we had taken the car, driven it a mile or two, and brought it back for exchange because the steering wheel did not line up with the front wheels, the same argument would apply,” he says.

How we fixed this Alamo crooked wheel problem

If you’ve been a regular reader of this site, you know that this is just how the car rental industry operates. You’re guilty until proven innocent. For this particular Alamo car rental problem, there was only one thing Sewell could have done to avoid this. He could have returned the car and asked for a different one.

And seriously, folks, that’s the big takeaway from this case. If you catch even a whiff of a problem with your rental car, return it immediately. That can range from “it drives funny” to “this light keeps flicking on.” A crooked steering wheel is definitely a cause for concern.

I have lots of advice on how to handle a damage claim on this site. Most of the problems my advocacy team encounters are visible to the naked eye — a ding or dent. Some of the toughest ones involve internal problems, like burned-out clutches.

After so much back-and-forth with Alamo, Sewell wanted my team to get involved in his case, but we told him we couldn’t until he gave the car rental one more chance to do the right thing. It was time to appeal Sewell’s case to someone higher up — specifically the Enterprise executives I list on the site.

In response, Enterprise agreed to review his case one more time. The good news is that the company decided to drop its claim, refund the $494 he’d paid, and not report him to a credit agency. Had Alamo been able to substantiate this claim, I would have advised him to pay the claim. But there was just too much doubt about this Alamo car rental problem.

Christopher Elliott is the founder of Elliott Advocacy, a 501(c)(3) nonprofit organization that empowers consumers to solve their problems and helps those who can't. He's the author of numerous books on consumer advocacy and writes weekly columns for King Features Syndicate, USA Today, Forbes and the Washington Post. He also publishes Elliott Confidential, a critically acclaimed newsletter about customer service. If you have a consumer problem you can't solve, contact him directly through his advocacy website. You can also follow him on Twitter, Facebook, and LinkedIn, or sign up for his daily newsletter. Read more of Christopher's articles here.
79558