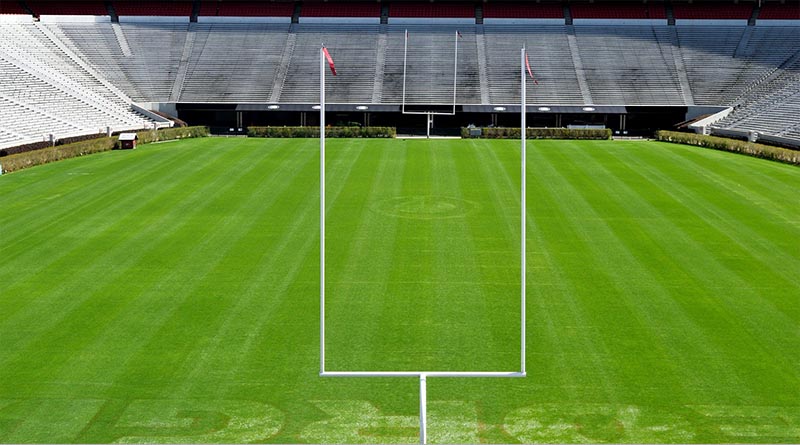 Eric Simon’s football team lost the big game forcing him to cancel his planned Vrbo rental to attend the Rose Bowl.​Then despite the owner’s promise of a penalty-free cancellation, Simon lost his expected refund, too. Now​ he wants the Elliott Advocacy team to find out if his money is fair game for the host or Vrbo to keep.

That’s a great question on the day after the Super Bowl or any day that you find yourself $3,434 lighter in your bank account.


Elliott Advocacy is underwritten by FocusPoint International -- FocusPoint International’s CAP Travel Medical and Security Assistance Plan comes standard with a robust mobile app that includes destination-based health, safety, and security intelligence, COVID-19 specific information, a one-touch assistance button, and much more. CAP includes unlimited 24/7 advice for a long list of travel mishaps often overlooked by traditional travel insurance. CAP also provides a no-cost response to incidents of riots, strikes, and civil commotion, natural disasters, with medical evacuation to a home hospital of choice, should you suffer from a medical mishap resulting in hospitalization. Indemnity to cover all CAP financial risk is reinsured 100% by AM Best, A rated underwriters at Lloyds, London.

Simon wasn’t rooting for the San Francisco 49ers or the Kansas City Chiefs. He’d booked a rental in Pasadena, Calif., when his Minnesota Golden Gophers had a shot at a Rose Bowl invitation this fall.

“I paid the full price for the rental and security deposit,” he told me. “The cancellation on the property stated that if this home was canceled by Nov. 29, I would receive a 100 percent refund.”

Simon felt confident as his beloved team suited up for the Big Ten West championship on Nov. 30. Alas, Wisconsin defeated Minnesota 34-24 to reclaim Paul Bunyan’s axe in a snowy showdown in Minneapolis. But after his football team lost the big game, Simon wanted to cancel his Vrbo rental.

This case could have been a touchdown for Vrbo’s customer service department. But it exposes the limits of booking through a trusted platform. His story contains some valuable lessons about how to cancel your Vrbo rental and receive a full refund. And even though I couldn’t influence the outcome of the big game — that is way above my pay grade as a consumer advocate — I managed to put a few points on the board for Simon.

4th and inches: So close to the Vrbo cancellation deadline!

Here’s how I caught this case in my end zone. Simon says he contacted the owner of the rental through the Vrbo site and asked if he could extend the cancellation period to Dec. 1. In other words, would the owner allow a 100 percent refund until then?

“Sure Eric, that’s fine,” the homeowner replied. “Good luck on your game.”

But Simon’s football team lost the big game, so he canceled.

“I contacted the owner through the Vrbo site, asking about the remainder,” he says.

The owner said he was trying to refund the entire amount, but couldn’t figure out how to do it through the Vrbo platform.

“Would you be able to check-in with Vrbo and inform them that we are already agreed in advance that you would be refunded the entire amount of your payment including any processing fees that they charge?” he asked. “They should not charge you anything at all.”

So he contacted Vrbo. It claimed that the owner had to “manually” release the money back to him through the Vrbo platform.

Confused yet? Me too.

How to get your money back from Vrbo after you cancel

Simon tried to self-advocate his case as best he could. The owner texted him several times, saying he was trying, too. The owner emailed and called Vrbo on Simon’s behalf.

“The owner texted me on the evening of Jan. 17, saying he talked to Vrbo and that it agreed to release the remaining money to me,” he told me.

But the refund never showed up.

Simone talked to Vrbo on three separate occasions, including a conversation with its “Trust & Safety” team.

“I keep getting different answers about how to resolve this,” he says.

Running around on a Vrbo cancellation

One representative told him Vrbo was still holding onto the rest of his payment. All the company needed was a “confirmation” from the owner that it would release the money to him. But Simon already had shown Vrbo the confirmation the owner had sent him after he was forced to cancel. In any case, its agents can read the messages on its internal system.

“This person was also able to see the communications between the owner and me,” he says. But the Vrbo agent said the message “was not sufficiently clear about the owner’s intent to refund me the entire amount.”

That’s odd, since one of the messages said, “so I’m totally in agreement that you get refunded the entire amount.”

Simon wondered: How much clearer can you get?

Another Vrbo agent claimed the money had already been sent on Dec. 3. It hadn’t.

And another agent claimed the owner sent the money on Dec. 30. Also not correct.

Finally, he had two interactions with the Vrbo “Trust & Safety” team, which handles higher-level refund issues. One agent said Vrbo was holding the money until they could resolve the case.

Finally, he reached a Vrbo agent the same day who reviewed the transcript of its phone call with the homeowner and said that while they did discuss refunding a 50 percent payment back to a renter, the reservation number did not match mine. “So, they determined that they never discussed my case.”

This is almost as bad as your favorite football team losing the championship game!

“In the end, Vrbo is continuing to fall back on their claim that they are simply the marketplace and this conflict has nothing to do with them because it was outside the normal contract,” says Simon.

So who’s responsible for this canceled Vrbo mess?

Simon thinks there are two possibilities.

“If the homeowner is lying to me, his text messages seem very odd that he explicitly stated he talked to Vrbo and they would be refunding the rest of my money,” says Simon.

If Vrbo is withholding this money, then it has decided to become more than the marketplace in this transaction, he says.

“At a minimum, they have agreed to be the arbiter,” he says. “If they have held onto my money for upwards of six weeks without releasing it either to me or the homeowner, I also feel they are no longer just the marketplace and now a full participant in this transaction.”

Either way, Simon was tired of waiting — so he contacted our advocacy team.

Can you cancel your Vrbo rental? Here’s how to sort through this mess

Simon’s case landed on my desk. As someone who has been strung along for refunds too many times to count (OK, who hasn’t?) I immediately connected with his frustration. I also understood how he felt about his team’s loss. My California Golden Bears had such a good start to the 2019 season but then went on an embarrassing losing streak. They did, however, reclaim the axe from Stanford in the Big Game. (Take that, Cardinal!)

I really like the way Simon initially handled this case. He kept everything in writing through Vrbo’s messaging system. Once you leave that platform and start making phone calls, only the company has a record of what’s been said. Fortunately, some phones will soon be able to record and transcribe conversations, just like the fancy corporate call centers.

But he ran into two problems. First, the homeowner wasn’t sufficiently clear about his promised refund — at least for the Vrbo representatives. I’m not sure how much clearer he could have been. But it might have helped to ask the owner to send an email, unambiguously promising a full refund.

Calling Vrbo was an exercise in futility. Vrbo can create and track a case internally through email. Simon should have put his complaint in writing rather than calling the company and its trust and security team. If Vrbo doesn’t give him a case number, he could have asked for it and referred to it in his emails — and if he had to, in calls — otherwise one hand doesn’t know what the other is doing.

If you need to cancel your Vrbo, here’s how to get your refund

Simon says: Give me a refund!

There was so much evidence that the homeowner had explicitly promised a refund if Simon’s football team lost the game. This wasn’t a case I needed to punt. I contacted Vrbo on Simon’s behalf. A few days later — score!

We looked into Mr. Simon’s case and have initiated the refund process for the remaining half of his payment that he has been waiting on. It may take 3-7 business days for him to see the refund, but it is currently processing.

I think there’s another possible explanation. I happened to talk to a fairly high-level customer service agent at Vrbo, who told me the company was redoing its billing system. This might have just been an electronic glitch. But one that required much time and effort to unravel.