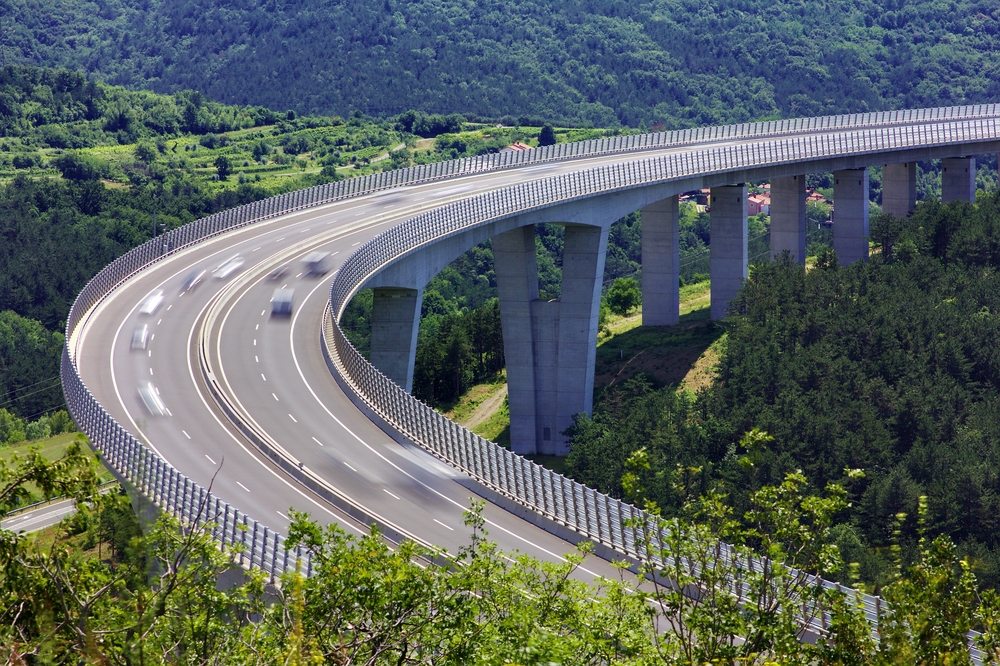 If you happen to drive down the Brenner Autobahn between Austria and Italy this summer, here’s a little advice for crossing the wind-whipped Europabrücke, or Europe Bridge: keep a little cash on hand to pay the toll.

When I motored south from Alsace, France, to the Italian Alps not long ago, I failed to do that. It resulted in one of the scariest moments of my life. I steered our Hertz rental van into the credit card lane, assuming that my Wells Fargo Visa would be accepted, as it had been on the French highways.

Three futile swipes later, I nervously switched to my debit card. Cars started to line up behind me. Nothing. I fumbled for my Navy Federal Visa card. It, too, was rejected. In the resulting confusion, with the automated toll gate calmly issuing instructions in Italian, I dropped the plastic, and it blew into a busy lane.

Don’t let this be you. The truth is, your American Visa or MasterCard works abroad, except when it doesn’t. When you absolutely have to pay for something, no matter where you are, carry a little local currency.

The problem is mostly chip-and-PIN technology. They use it, we don’t. Chip-and-PIN, for the uninitiated, is the common name for the EMV smart card payment system used by credit, debit and ATM cards in Europe and most of the rest of the world. The systems authenticate your identity by means of a computer chip embedded in the card and a personal identification number, or PIN.

Most American credit cards use an older credit card technology that relies on a magnetic strip to verify the customer, also referred to as swipe-and-sign. They’ve been slower to adopt the technology primarily because of price. It’s cheaper to write off the cost of the fraud resulting from the less secure credit card technology than to invest in the more secure chip-and-PIN systems. The United States is scheduled to begin broadly adopting chip technology next year.

Until then, here’s what you need to know: Credit card problems are more frequent than your bank wants you to think. While an increasing number of banks offer chipped cards, only a few are actually worth carrying. And by the way, if you’re reading this story, you probably need one.

I won’t make you scroll to the bottom to find out what happened to my family’s chip-and-PINless misadventure. I couldn’t open the van door because the toll booth blocked it, but my 11-year-old son, Aren, bravely slid the back door open and retrieved the card. And after I pushed a button to talk to a person, the gate simply went up and let us through.

Turns out there are plenty of other travelers with plastic problems like mine. Matthew Reames, a PhD student in Charlottesville, Va., recently tried to use his American credit card to pay for his train fare in Copenhagen. The automated kiosks rejected the card because it didn’t have the chip-and-PIN feature.

“I suppose my work-around would have been to go to an ATM and withdraw money,” he says. But he had a better solution: He tried his British ATM card, which worked.

No one knows precisely how many American credit cards use chip-and-PIN technology, or how many of the cards are in circulation, but the number of U.S. cards that use the technology and are worth applying for can be counted on one hand — literally. Many chip cards carry foreign transaction fees of between 1 and 3 percent, “which really isn’t a worthwhile price to pay for convenience,” says Brian Karimzad, director of MileCards.com, a site that helps customers compare credit cards.

Of course, this doesn’t mean that your magnetic strip card won’t work on your summer vacation. It will be accepted in big cities, with exceptions for certain transactions such as toll booths and automated ticket dispensers at train stations. “Once you’re off the beaten path a bit, however, things may get a little tougher,” says Matt Schulz, a senior industry analyst at CreditCards.com. He tried to pay for dinner at an Italian restaurant in Garmisch-Partenkirchen, Germany, with his American card recently, but his server said, “Nein, danke.” He settled up with cash.

So do you need a chip-and-PIN card? If you’re headed overseas, and particularly to Europe, you probably do.

“People who frequently travel across the pond should invest in a chip-and-PIN card so they do not risk being cardless while overseas,” says Eric Adamowsky, the co-founder of CreditCardInsider.com. He also likes the Andrews Federal Credit Union card mentioned by MileCards.com’s Karimzad, noting that you can apply for the card as early as a week before your trip and still get it in time for your vacation.

Having the right card would have prevented a monkey wrench from being thrown into the wheels of Shawn Cohen’s recent vacation to Paris. His American credit card was readily accepted at restaurants and even for the Eurostar high-speed train. But when he tried to rent bikes to tour the city, the machines spat his card back without approving it.

“We couldn’t figure out why it didn’t work,” says Cohen, who works for an interactive marketing agency in Dallas.

I’m a little envious. Cohen learned his lesson about chip-and-PIN cards without much drama. I still have nightmares about my son jumping onto a busy Autobahn to fetch my credit card. Note to Dad: don’t be a chip-and-PINhead.