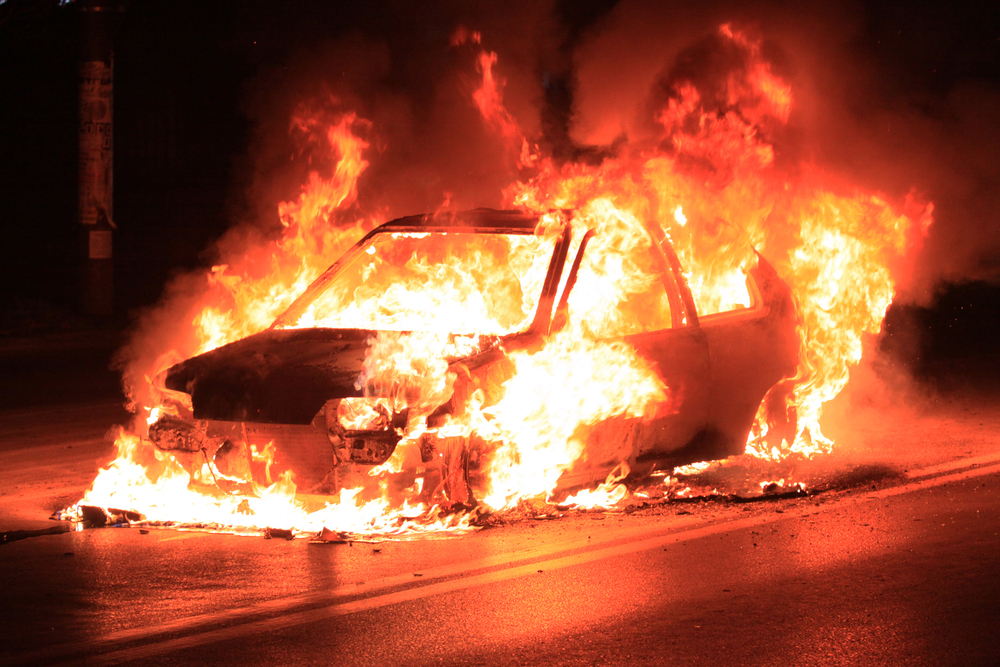 Jo Ann Good had no idea.

No idea that her Avis rental would burst into flames on the road to Montpellier, France. No idea that Avis would try to charge her for an incident report with the French police. And no idea that she’d be on the hook for the damage to her personal belongings.

Good wants me to help set this one right. And it would be an easy decision if Avis was giving her the brush-off. But it hasn’t really done that. The car rental company has apologized and waived some fees, but Good believes — wait for it — Avis can do better.

This feature is called Should I Take The Case, so when you’re done reviewing her account and the response from Avis, please let me know if I should or shouldn’t. Good’s story begins in October, when she landed in Marseille and picked up a car from Avis. The vehicle had 8,730 miles on it, so for all intents and purposes, it was practically new.

“As I exited the A9 to Montpellier, a passenger in a car passing me on my left waved dramatically to me,” she remembers. “I don’t speak French, but in the States that would indicate ‘you need to take a look at something!’”

Good pulled over and got out to take a look.

“The undercarriage was in flames starting from the front of the vehicle,” she recalls. “I jumped back in and turned off the car. Grabbed my duffle bag from the front seat and my suitcase from the back seat.”

She couldn’t save everything. Her purse was caught on the car’s cup holder and was promptly incinerated.

“It was a nightmare to live through, and equally as challenging to deal with Avis,” she says.

What did Avis do? Not enough, she says. First, it sent her a bill for for 30 euros to cover the cost of a police incident report. She responded by sending it a $2,512 bill for damages and expenses related to her accident. It included hiring a translator, paying for a hotel and replacing her driver’s license.

Avis didn’t buy it. In an email response, it apologized for any “anxiety and inconvenience” caused by the spontaneous combustion.

The vehicle in question has been independently assessed for any underlying mechanical fault that may have caused the fire. This inspection could not definitively determine the origin of the blaze.

There is not however any suggestion that inappropriate maintenance contributed to its occurrence; the car in question had only 8,730 miles on the clock and was subject to our standard mechanical inspections prior to each rental.

Avis added that it kindly requests that customers ensure “the car is to their satisfaction and any potential issues with the vehicle are brought to our attention at the earliest opportunity.”

Avis refunded $308 in rental charges and sent her two certificates for a future rental, but denied any liability.

And that’s pretty much where we’re stuck.

“Help Avis see that they at least need to make me whole on the money and assets that burned up with their car,” says Good.

I agree — having your car burn to the pavement in a foreign country is not my idea of a good vacation. But this could have turned out much worse. What if she hadn’t pulled over when she did? She might have ended up in a hospital, or worse.

Avis could have also charged her for a new vehicle. Seriously. The paperwork she sent me doesn’t really say whether her insurance covered the incident or Avis did, but with some rental companies, the customer would have been billed for everything. So there is that.

I guess the real question is this: Could a customer reasonably be expected to determine that a car would combust. I’m not a car expert, but I can tell you that I wouldn’t be able to tell if a car might break down — let alone blow up — based on a brief inspection.

Also, does the absence of a conclusive reason for the blaze mean Avis is off the hook? Again, I’m not sure. It’s Avis’ car, after all. If it isn’t liable, then who is?

This case is further complicated by the fact that Avis has gone into “crickets” mode, refusing to even acknowledge any of the cases I’ve sent over. I would be happy to try to share this case with them, but I’m willing to bet they’ll ignore it, too.