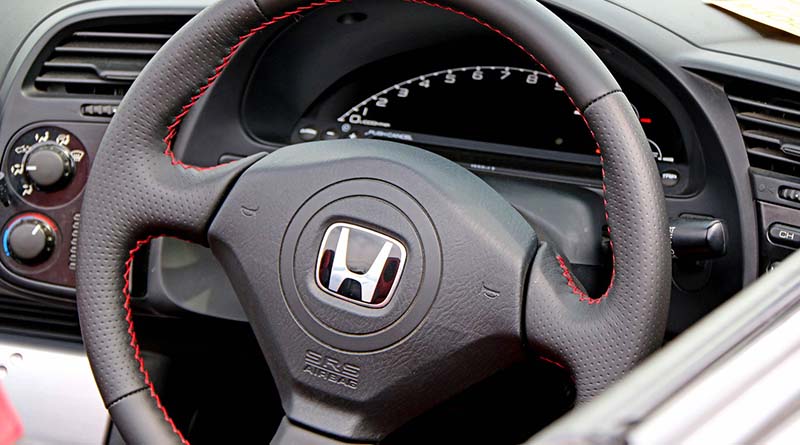 Prayag Misra regrets signing a Honda lease for a 2017 Civic, and I feel for him. After all, he’d responded to an ad for a $1,999 downpayment and a $169 monthly lease payment, but ended up paying a lot more.

Misra’s story is a cautionary tale about the chasm between the advertised price and the actual price. A review of his case suggests he signed a different lease and is now stuck with $3,000 down and monthly payments of $245. Not only that, but Misra is limited to 36,000 miles over the three-year lease term, a common irritant for car lease customers.

Misra is upset because he saw an ad for Chandler, Ariz.-based AutoNation Honda in his newspaper, the Arizona Republic, that didn’t live up to its promises. It offered a new Civic “starting at” $1,999 and monthly lease payments of $169. He just needed to make the purchase between Sept. 6, 2017, and Oct. 31, 2017 (“hurry, supplies are limited”).

And hurry he did.

“I am a retired senior citizen,” he says. “I ended up signing a 36-month lease at a higher price plus down payment.”

Let’s stay here for a minute. My dad is also a senior citizen, and we know better than to let him go shopping alone. But when he makes a bad decision, like remodeling the kitchen instead of paying off the house, he owns it.

Did AutoNation try to rip off Misra, taking advantage of a senior citizen? That’s certainly what he’s suggesting. And by the way, I’m not the only one he’s tried to recruit. He copied the Federal Trade Commission, the Arizona Attorney General, the Better Business Bureau (good luck with that one!), Facebook (riiiiight), and the Arizona Republic on his email.

You know, the Arizona Republic might help him — if only they ran my syndicated column.

These ads are barely honest bait

Ads like the one Misra saw are barely honest customer bait. Look for words like “starting at” or “as low as” or “up to” when you’re shopping for a car or any durable good. They’re the company’s way of signaling that you will most likely pay more — and maybe a lot more — for your vehicle.

Don’t even get me started on taxes. When I priced a car in Arizona, the difference between the quoted price and the actual price left me shaking with sticker shock. Arizona collects a 6.6 percent state sales tax on all vehicles. But there’s also a county tax, which can be as high as 0.7 percent.

“I want them to refund $1,001 and adjust the monthly amount $76 for next 36 months,” he says. He says this would have never happened if his wife had come to the dealership with him, but she was too ill. He’s enlisted his son to help him renegotiate the Honda lease.

Wait a second. Misra reviewed and signed the lease for his new Civic, didn’t he? He would have seen the lease payments at that time, right?

If AutoNation presented Misra a lease showing a $1,999 downpayment and $169 a month, but then charged more, then yes, AutoNation is ripping off a customer, and we will most certainly get involved in this case and fight for his refund.

But a close review of this case suggests that’s not what happened. He signed a lease for the higher amount and got exactly what AutoNation promised. Then it seems he claimed the dealership tried to dupe him because he was a senior citizen and because his wife couldn’t be with him.

I honestly feel for him. Car leases are complicated. Car dealers are slick. “Just sign here,” they say, knowing full well that the customer didn’t have time to read the fine print.

Should I help someone who signed a deal without reading its basic terms? Is being 79 years old and having a sick wife and seeing a deceptive newspaper ad enough reason for me to ask AutoNation to tear up a Honda lease and write another one that suits the customer?

Christopher Elliott is the founder of Elliott Advocacy, a 501(c)(3) nonprofit organization that empowers consumers to solve their problems and helps those who can't. He's the author of numerous books on consumer advocacy and writes weekly columns for King Features Syndicate, USA Today, Forbes and the Washington Post. He also publishes Elliott Confidential, a critically acclaimed newsletter about customer service. If you have a consumer problem you can't solve, contact him directly through his advocacy website. You can also follow him on Twitter, Facebook, and LinkedIn, or sign up for his daily newsletter. Read more of Christopher's articles here.
68372